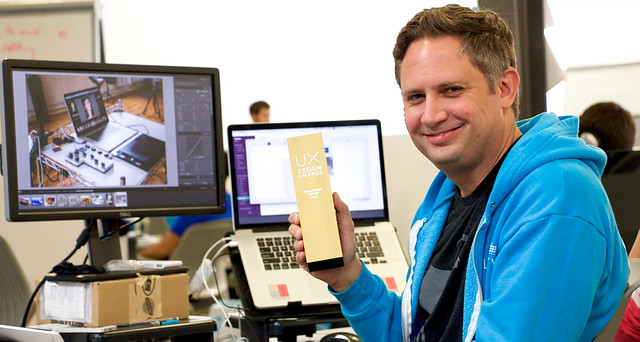 Waterloo region’s Palette has won the top prize at the UX Design Awards in Berlin.

Fighting off nine innovations presented by a diversity of companies—from flight management software that accounts for passenger stress to a digital coach for spinal health—Palette was named the best user-oriented design of 2015, beating out brand names like Fitbit, Virgin America, Siemens, MTV, Krups and Miele.

The world of hardware inputs tends to be obsessed with the future: companies search for ways to let people use gestures, voice commands, sometimes even brain activity as a technological controller. Palette shocked this industry in 2013 by designing a product inspired by the past.

They created a suite of retro-inspired inputs —dials, buttons and sliders that would make a mixing board from the 80s proud. Then, they outfitted them with magnetic connections so users could create a custom setup with the modular pieces. Designed to give digital creatives hands-on control of their software, Palette has been turning heads ever since.