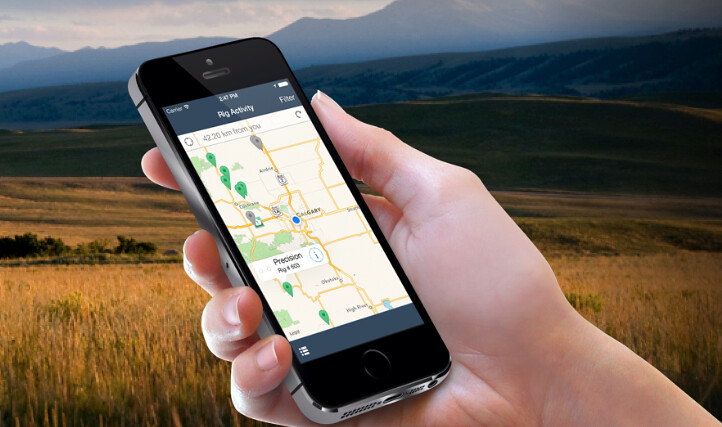 Six months ago PetroFeed brought the power of mobile to Canada’s oil patch.

The Petrofeed app, for people working in the oil and gas industry, is seeing smashing success.

As of earlier this week, the Petrofeed app officially became the most downloaded business app in Canada.

“We are extremely proud of what the company, and team have accomplished in such a short period of time,” said Ashley Dunfield, the founder of PetroFeed.

The application enables anyone to see all current drilling rig locations, statuses and operators across Canada in a map view. PetroFeed is making that information available in real time, for everyone, for free, on their mobile device.

“Until now that information was very difficult, time intensive and expensive to get,” Dunfield explains. “Our belief is that everyone in the industry should be able to see what is happening, where it is happening and be able to connect to the people, rigs, and wells involved.”

In the app, users can view all drilling rigs currently operating in Canada and find out which operator the rig is working for, what it is doing, as well as the rig’s previous wells drilled and history. The information can be filtered based on geographic area, the rig contractor, current status (drilling, moving, or down) well path type (vertical, horizontal or deviated), and operator.

PetroFeed is a Calgary-based startup that, in April 2013, raised $3.1 million in seed financing. The mobile app was launched in February.