Now he’s decided to reveal his Adsense earnings starting in 2003 leading up to that major milestone—right from June 2003, when he earned just $7.60 for a paltry 463 pageviews.

Fascinatingly, Frind was the only employee of his company in 2006, when it was earning nearly half a million dollars from Adsense alone (and which he notes was merely “one revenue stream of many”). In fact, he didn’t hire  adeveloper until 2009, when the site reached more than two billion pageviews per month (in 2006 it was approaching 200 million).

“Somehow I managed to create the largest dating site in the world without a single employee and [still] travel the world,” Frind blogs. 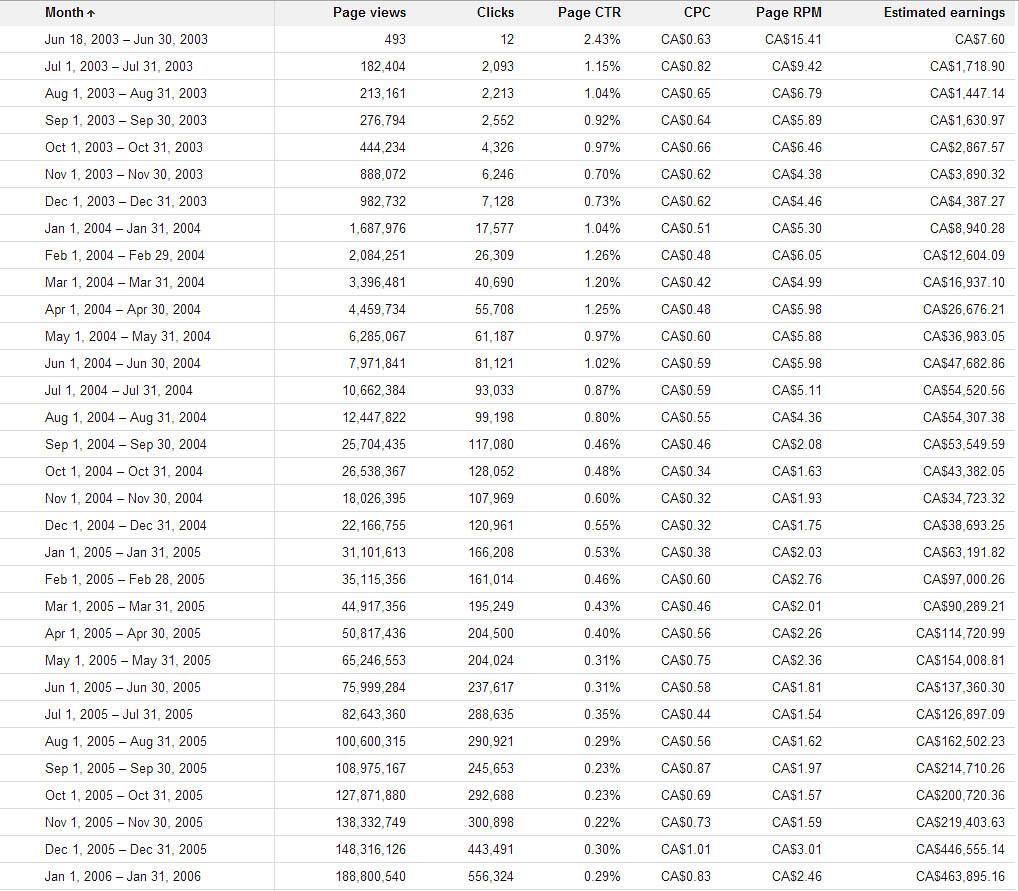