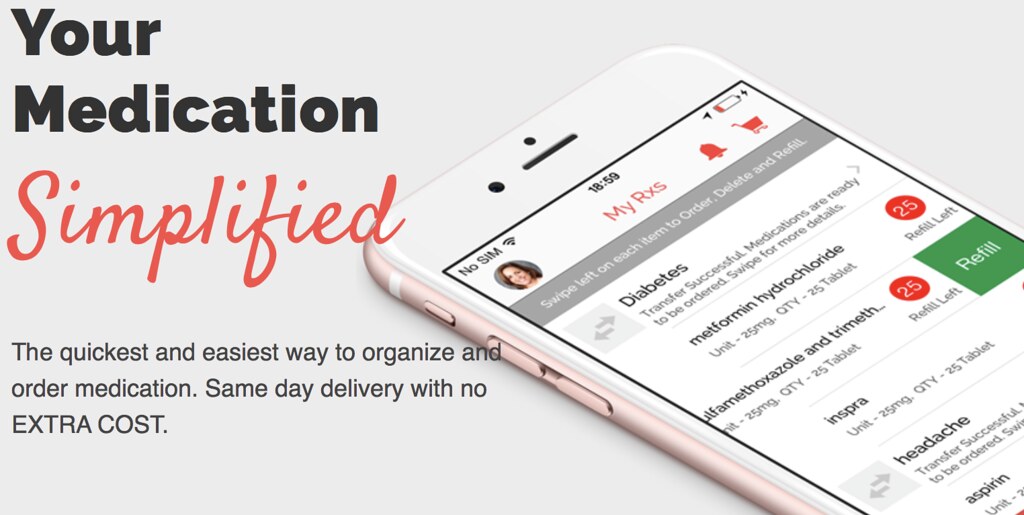 PopRx is an app that mitigates the interaction between pharmacies and their patients, which includes the ability to refill a prescription by taking a picture of it. Furthermore, this service allows pharmacists to see their patient’s profiles and communicate with them through the app.

“There are so many independent pharmacies, and investors really get what we’re trying to do,” says Esmail.

The app received an investment on the CBC mini-series Next Gen Den at the end of 2015. The investors, OMX President Nicole Verkindt and Shopify COO Harley Finkelstein invested $100 thousand into the startup.

Though she’s not a full-time investor, Verkindt saw the benefits of the app in action when her father became one of Esmail’s first customers. She believes PopRx is going to disrupt big names like Shoppers Drug Mart.

“One of my main reasons for making the investment is Ali is a doctor himself. I had a lot of domain expertise at early enough of a stage that I thought we could have a lot of impact,” said Verkindt.

In order to grow PopRx, Esmail had to build a network of pharmacies that were interested in running the app. However, each pharmacy must go through an evaluation process to demonstrate the quality of their service. Esmail emphasizes improving the experience of the patient is the main goal of PopRx.

“In medicine, we have a culture of research. That’s been great for advancing medicine over the last 100 years. The problem is, it’s no longer whether we can treat you, it’s whether we can afford to treat you,” he says.

Esmail and his team are hoping to do a full launch by February of this year. The doctor’s had experience with medical entrepreneurship in the past. He successfully launched Medlinx, a collaborative social tool for medical professionals.

Currently, PopRX processes over 400 prescriptions per day and advertises a same-day-delivery policy. The original idea for the app actually came from Esmail’s wife, who commented how simple it would be to just take picture of a prescription and have it refilled, as if you were depositing a cheque.

From there, Esmail worked for two and a half months to develop a model for PopRx. He claims however, that the most challenging obstacle he’s had to overcome has been the regulatory barriers governed the privacy and confidentiality of those patients using the app.

Luckily, Esmai’s previous experience with medical entrepreneurship gave his team the foundation they needed to meet the requirements for both American and Canadian privacy laws.

The app has also entered into a deal with the University of Toronto, giving students approximately half off their dispensing fees. The biggest problem Esmail’s observed across the pharmaceutical industry is the burden of medication on the health care system.

By consolidating a patient’s different prescriptions and medical information in one place, Esmail claims the process of keeping track of this information is easier for both the patient and the pharmacist.

Verkindt goes on to describe another branch of healthcare they’re hoping to enter.

“One market we’re really engaging is cancer society because individuals are filling large quantities of medication. People can negotiate a lower fill rate.” She explains that the average dispensing rate in Manitoba, where the business is based, is $12 while PopRx dispensing rates are coming in at $8.

“This is a revival of the little entrepreneurs that own pharmacies,” says Verkindt, who also advocates for the digitization of Canadian healthcare.

Verkindt and Esmail claim that healthcare is just one of many fields that will inevitably enter the digital space. According to Esmail, “Healthcare is a very slow field to change.”

However, Verkindt explains that this movement is one of the main reasons she invested in the startup saying that “It’s not a question of if. It’s when.”