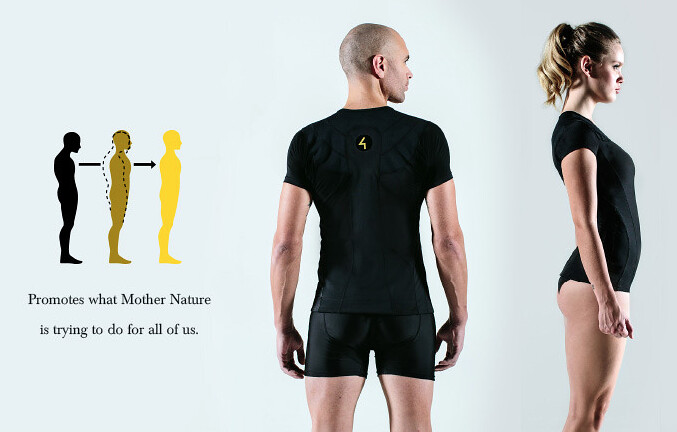 The textile industry is ripe for disruption and Martin Doane, the CEO of Garmatex, says his company is the one to do it.

The Vancouver-based company, which has developed several high-tech synthetic fabrics, is now in the process of launching its first consumer product: Prime4orm, a shirt that combines several of the company’s propriety fabrics and technologies.

“It’s the product of years of research and development,” Doane says.

The shirt uses gentle tension to improve a wearer’s posture, wicks moisture away from the skin and can cool the wearer by up to 10 degrees, according to its makers. It also provides for a full range of motion – something Doane says similar shirts, which have to be tight-fitting to work, can’t do.

For Garmatex, launching a consumer product is a way to “catalyze our base business because it showcases our fabric technology” in a real-world setting Doane says. “It’s not just a swatch.”

The shirt is being launched through a Kickstarter campaign.

While similar products are often aimed at athletes, Prime4orm is also aimed at people who sits at desks all day.

“This is a base-layer product,” Doane says. And he says it can be worn under work clothes to improve a wearer’s posture while they’re hunched over their computer.

Using crowdfunding gives Garmatex a chance to not only showcase the technology but “also de-risk a product launch,” Doane says.

“If you don’t have orders in place, you have to take all the risk,” he says. By getting people to pre-order the shirt, it gives Garmatex the confidence and ability to move forward on production.

The textile industry is dominated by big players and has been slow to adapt. “Remarkably, for such a large industry, it has not innovated” as much as other sectors, Doane says.

But that doesn’t mean it’s an easy business to break into. “The challenge for a company like us is market penetration,” Doane says.

His competitors are some of the largest companies in the world, business like Du Pont and Invista, subsidiary of Koch Industries. “It’s a world of competing against 1,000 pound gorillas,” he says.

While Garmatex is starting to making headway selling to health care, where the anti-microbial properties of its fabrics are a particular selling point, as well as the athletic appear market, Doane says “the sales cycle is very long.”

That’s part of the reason the company is now targeting consumers directly.

While it’s a bit of a shift, Doane says he expects Garmatex’s main business to remain the development and sale of new high-tech fabrics.

“With branded products, we’ve really got an incubator or catalyzer model,” he says. He expects that some of Garmatex’s branded products will be purchased by, or licensed to, larger apparel brands he also sees opportunities for white-label versions of its products.

Going forward, Doane says he expects synthetic fabric to continue growing in popularity and he says that Garmatex is starting to develop fabrics to “house and integrate wearable technologies.”

It might be early days, but Doane has big goals.

“Our ambition is to be a multi-billion dollar, vertically-integrated fabric and apparel brand,” he says.