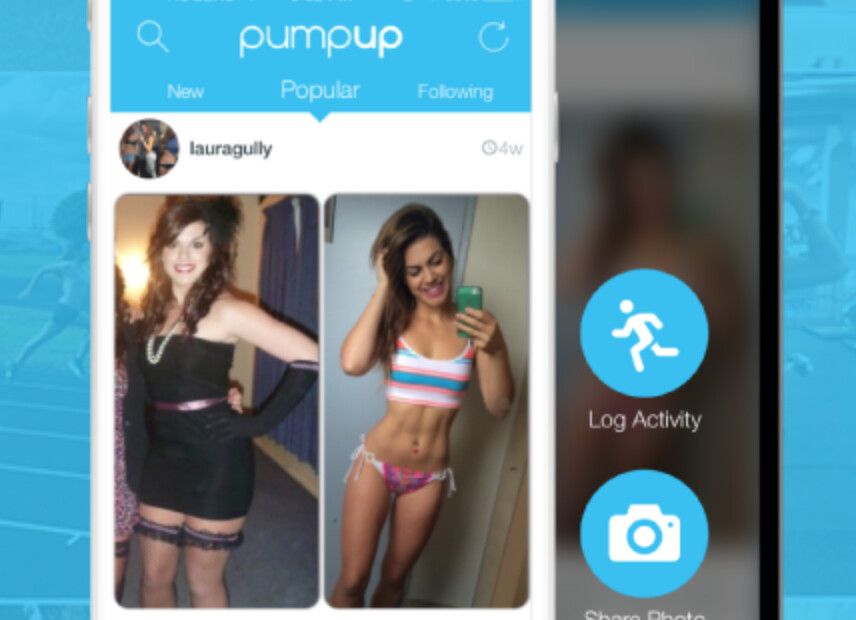 For people who are inclined to skip a gym day or two when they’re feeling lazy, PumpUp may be one of the apps that can keep you motivated.

Using the same sort of motivational power that a gym buddy might give you, the app acts as a social community for workout enthusiasts and encourages them to follow other users, upload pictures after workouts and even create custom workouts for themselves that other users can see if they choose to make it public.

“PumpUp is a community where you’re connecting like-minded individuals under the health and fitness category, and photos are a great way to share in a very true and a very real way with your followers,” says Phil Jacobson, cofounder of PumpUp.

With two million users and their latest seed round raising $2.4 million, PumpUp is definitely gaining momentum as an app – though it didn’t always start that way. Jacobson’s cofounder, Garrett Gottlieb, initially worked on the idea for PumpUp as a side project four years ago, and envisioned a website where users could design a custom workout routine, and the site would show them how to do it.

When Gottlieb decided to pursue PumpUp full-time as part of his co-op for the University of Waterloo computer science program, Jacobson, a friend of his from their fraternity, Alpha Epsilon Pi, and a business major at Wilfrid Laurier University, decided to work with him. They eventually launched the website in the summer of 2012, and by January 2013, launched the app to go with it.

“We started out as a workout app and as we grew, and we recognized that while people liked the workout functionality, it was more of a feature,” Jacobson says. “We decided to really evolve the product into more of a social network and a community.”

Jacobson recognizes that they’re working in a very crowded marketplace – there’s over a million apps in the app store, he says – but believes that what separates their app is the fact that it’s focused on community rather than utility, the latter being common in many fitness apps.

“The way we’ve really broken into this business is two-fold. You need to build something people love, we’re fortunate to have two million users who people love the product and they talk about it a lot, so we’ve got a lot of mentions on Facebook, Instagram and Vine,” Jacobson says. “To really help bring that to life, we’re active from a content marketing strategy perspective.”

Though PumpUp is mostly focused on the social community aspect of its app, Jacobson said they are currently under working on ways to upgrade their custom workout features, since at the moment, the app only provides workouts if you choose to get them from the app.

“What we’re seeing is that users are following each other and sharing photos, and in the description, they’re sharing a different workout that they may do,” says Jacobson. “So we are seeing people share fitness routines by the photo functionality app.”

Next week they’re launching their latest update for iOS, adding a photo editor that allows users to user filters, add text and crop and zoom on images. They’ve also made the app much faster.