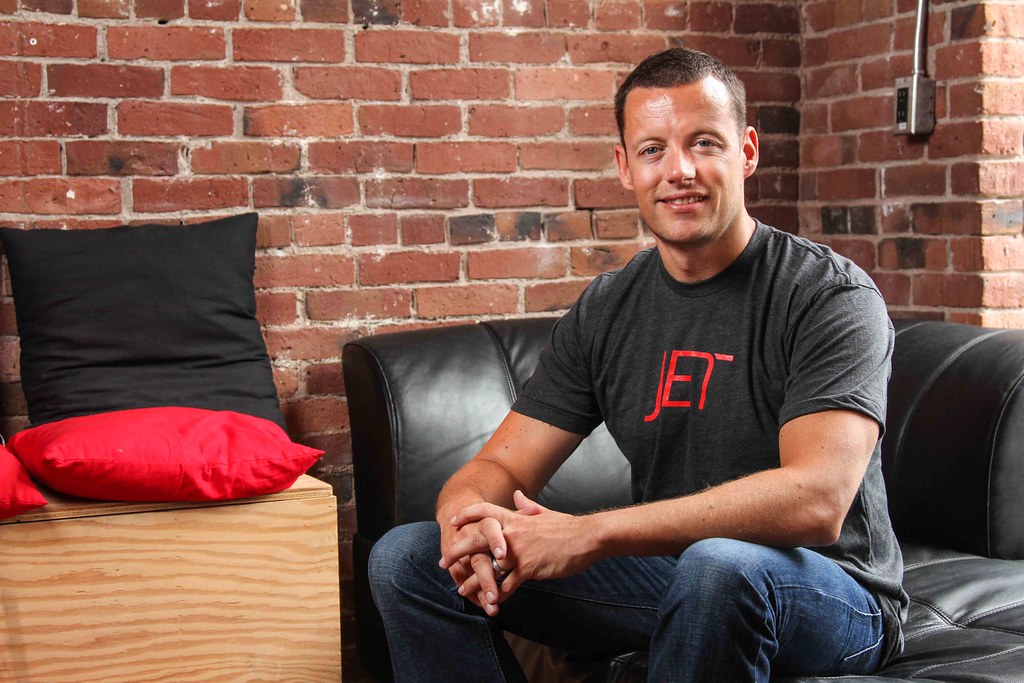 Dan Eisenhardt didn’t come from a family of entrepreneurs; he’d never run a company or been a CEO.

But the former competitive swimmer didn’t hesitate to dive in head first when he founded his tech firm Recon Instruments.

“Imagine that Google is your biggest competitor,” says the 39-year-old Dane. “And we’re 50 guys in Vancouver.”

That’s some pretty deep water to get your start in.

Eisenhardt and the group he leads are on Google’s radar because they compete with the tech giant in the rapidly developing market of wearables. Recon makes goggles and glasses that have heads-up displays (HUDs) built in. In fact, they were the first in the world to introduce such a product to consumers.

“It’s a display that when your eye drops below a certain level you see the image appear so it’s non-obtrusive,” says CEO Eisenhardt. “It gives you what you need in the moment.”

The company has been quietly and successfully cornering the sport and outdoor wearable HUD market since its first product launch in 2010. Eisenhardt credits their triumph to specializing in active users, as opposed to trying to make a mainstream device for everyday use.

“When you’re on your bike you have your equipment, your helmet… your gloves,” he says. “That’s a huge difference – you don’t have to change anything. You’re already wearing sunglasses.”

So without the battle of changing social norms on their hands, Recon can focus energies on advancing the tech frontier as it relates to “enhancing your athletic experience”.

And so they have.

“We’re at the top of the food chain,” says Eisenhardt. “We have processing and display capability in real-time, and we also connect to any device out there through [many wireless technologies].”

With a computer built-in, the sporting devices are more valuable nodes in the growing Internet of Things. And they’re better when it comes to actually using or applying the data: users get contextually intelligent analysis of real-time data and display.

“So you can adjust in the moment instead of waiting until after, when you’d have to sit down for two hours and analyze it with your coach,” says Eisenhardt. “Now you’re your own coach.”

Indeed, the idea was actually born out of Eisenhardt’s frustration as a coach and a swimmer. With no access to information while immersed in the water, it’s difficult to adapt and improve. And keeping track of everything is a big hurdle for coaches to manage.

“Swimming is a sport where you rely on accurate information because races are won and lost within hundredths of a second,” he says.

For a number of reasons it wasn’t feasible for Recon to make HUD swimming goggles, so the company shifted to the more popular recreational sport of skiing for its first product releases.

Eisenhardt waits until critical factors change enough so someday Recon can design goggles for his favourite aquatic sport. In the meantime, Eisenhardt has no intention of trying to beat Google at the general-use game, dominating his vertical niches instead.

And in this way, the tech entrepreneur has already made quite a splash.

Recon Instruments will be recruiting at the upcoming Techvibes Tech Fest in September.