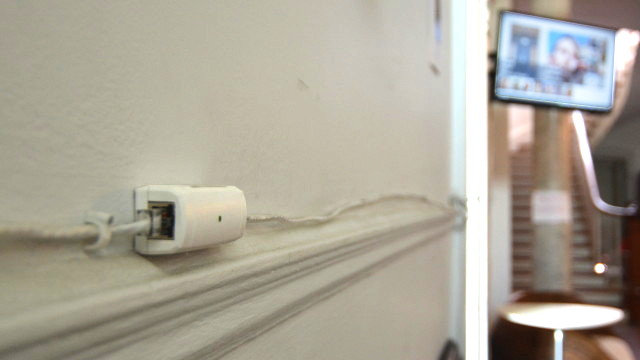 What do the words “Internet of Things” mean to you?

For Jeff Dungen and the team behind reelyActive, they mean a revolutionary new take on what was once static physical space. Jeff is big on the idea of “smart spaces”: having spaces that sense who is in them, and using that data to optimize the experience of those within.

Imagine stepping into a room and having it adapt to you. The lights dim to just the right level, your favourite song starts playing, and the heating sets itself to the level where you feel most comfortable. This is what a smart space feels like. This is what the Internet of Things can deliver.

ReelyActive provides small RFID tags you can carry in your pocket or on your keychain. Think of these as smart identifier pods that track you through physical space, like a virtual cookie applied to the real world. Once they communicate with a central receiver, you will be marked as having entered that space.

Those of us who have entered Notman House have seen reelyActive’s technology in action. The screens mark who is currently working in the space, and give you a sense of the community that keeps the building alive.

Think of it as Google Analytics for the real world, taking everything we have learned handling data easily in the digital world to the realm of the physical world.

Imagine a corner store owner having the same capabilities as a digital analyst—seeing which parts of his store are most popular with his customer, and optimizing his product placement accordingly. All of this and more will be possible with reelyActive.

As reelyActive strives to enter partnerships in the retail space to capitalize on this potential, the company is facing one of the most interesting experiments possible for its technology: an open canvas during the International Startup Festival.

With thousands of people streaming through the site, reelyActive receivers will be set up to capture everybody’s Internet of Things devices. It’s a sign of how the ecosystem has grown that this is now possible: it was only a few years ago that smart devices were a fantasy. Now they are on enough people that you can realistically track an event through capturing their signals.

The critical mass of devices allows you to ping to a friend that you are at a certain tent instead of looking around for them blindly. An opt-in iPhone application will offer even more functionality.

ReelyActive has become the official geolocation partner of International Startup Festival, and Jeff is excited about the experiment he is about to perform. His hardware works very well, but the truth is that the Internet of Things provides the most value with software. Nowadays, you don’t buy a phone to make calls: you buy it to access a wealth of software applications. The same concept will apply to many of the connected devices that make up the Internet of Things.

Imagine every device having its own suite of capabilities, its own way of communication and handling data, and its own way of easily displaying that collected data for users. This is the true potential of the Internet of Things. As Jeff experiments and tinkers with reelyActive devices throughout the International Startup Festival, he will be able to imagine the next suite of software uses for his devices.

His vision will give meaning to the Internet of Things, turning it from a buzzword into something practical for you and I.