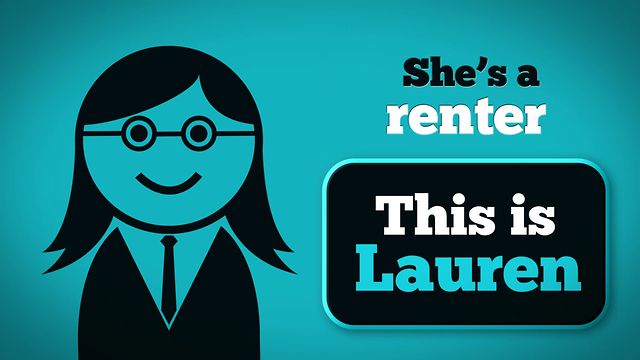 In the beginning of ‘Grow, Inc.’, the documentary which highlighted the state of the Vancouver startup community last summer, Chris Tolles describes what he’s looking for in a startup. He says that what he’s after is “an answer that is obvious, yet no one’s thought of it.”

RentMoola is one of those answers, and it comes from the Postrehovsky twins, Philipp and Patrick, and their technology advisor, Ajay Hans. The service answers a plain problem in a straightforward fashion.

The Canadian government, in a document composed by the Task Force by the Payment Systems Review, set a goal of eliminating 80% of cheque usage by 2020; Canada is the world’s second largest user of cheques, after the United States. The most common use of cheques in daily life is the paying of rent. And so, RentMoola was conceived, a platform that allows tenants and landlords and landladies to handle rent payments on credit cards. The project has attracted first-rate talent, including Steve Cadigan, former VP of Talent at LinkedIn. But it wasn’t just the project that attracted him, the man who grew LinkedIn from 400 to 4000 people.

“I was drawn by the character of Patrick and Phil. It’s very rare who want to build something putting people first, and I’ve worked in so many organizations where people say they put people first, and what attracted me aside from the friendship, they’re genuine about building a character and a culture that’s special.”

It already has a program in place to provide funds to Habitats to Humanity, and partnerships with ZipCar and Uber to satisfy their customers.  Those partnerships reflect the sort of customer they want to be exposed to. Patrick Postrehovsky, the elder of the twins, refutes the notion that this service might be abused by irresponsible credit card users.

“We are targeting individuals with higher rent, higher net-worth individuals, and specific buildings with specific profiles. We want to make that payment count on a credit card, leveraging the rewards program that they already have. The industry is wanting something that is paperless, convenient, and efficient. We’re going after urban professionals, and we’re partnering with companies who share a core audience–Uber and ZipCar are both organizations that aim for affluent urban professionals. And we’re not just going after the main market, but the strata market and the commercial market.”

The fee on each transaction is currently 2.75%, though RentMoola aims to bring that number down once the company has its sea legs. It launched formally on April 2nd, and the reception it’s received so far from the real estate industry has been positive, though there is resistance among people who are less ardent in their faith in tech.

“The fact that we’ve built a secure platform to make payments easy and simple, because landlords are asked about this by their tenants. Until now, they haven’t had an opportunity to offer that payment type because there hasn’t been a platform.The industry deals with so much paper, and so much hassle to collect late payments, if they change banks, or have insufficient money in those accounts, and it’s about removing friction and barriers to entry. All of the surveys are pointing to mobile payment options taking over in the future–we’re ahead of the curve in the mobile payment space for real estate space. We want to convince people that technology can be their friend.” As twins are wont, Patrick continues Philipp’s thought.

“This is the last industry on a really large scale that’s not adopting online mobile payments. This is the last thing you need a cheque for. The only industry that doesn’t take a credit card is this one: it’s the last frontier. We’re trying to change it, but change is always scary for some people. There will always be a few who love it, but this industry hasn’t really had any change like this for 30 years, so it is a bit of an uphill battle.”

Whether it’s uphill or not, the battle is RentMoola’s to win.