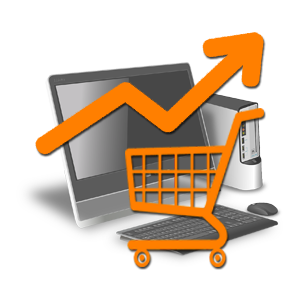 In 2015 software as a service (or SaaS) ecommerce platforms will increase the number of ecommerce shops online.

This increase in merchants will lead to increased competition, and force ecommerce merchants to think about customer retention rather than just customer acquisition.

The Rise of Ecommerce

In order to sell online you need to select an ecommerce platform that will enable you to sell your goods. In the past, these platforms were expensive and required significant technical know-how to implement and run. This created barriers to entry for those looking to sell their goods online. But as of recently all this has changed.

The introduction of SaaS based ecommerce platforms has all but eliminated the barriers to starting an online store. Cost is no longer an issue. You can get an ecommerce shop started for $14 a month. Not a techie? Don’t worry: there are tons of great looking themes to create a stunning website with no technical background.

Leading the charge in simplified ecommerce sites is Canadian-based Shopify. They, as well as others, are creating a huge influx of merchants in the ecommerce space. At the end of 2014, Shopify alone launched over 120,000 stores! I expect them to continue to grow rapidly in 2015.

Companies like Shopify are making it easier than ever to start an online store. According to Shopify, a shop can be set up in as little as one hour. This is great for starting a store, but what does it mean for the industry?

SaaS based platforms are great, they open ecommerce to a larger audience that may not have sold online before.

With increased merchants comes increased competition. This increase in competition is going to change how ecommerce merchants do business. In 2015 we will see a decrease in traditional online advertising and a switch to customer retention.

In the past it was common practice (and it still is, to a lesser extent) to just buy Google Adwords and social media ads and get as much traffic as possible. Merchants did not look at their conversion or repeat purchase rates because the price per click (or impression) was so cheap.

Today online marketers are looking for alternatives to these forms of advertising because they are becoming more expensive and less effective. The increase in price for these ads is fueled by the increase in stores doing business online. The more people want those ads the more merchants end up paying for them. Since 2012, the average cost per click has been on the rise while the average position is declining. That means marketers are paying more and getting less. 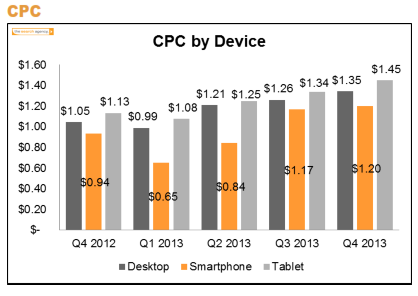 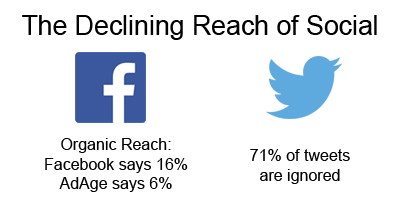 Twitter is similar in its organic reach, it is estimated that 71% of unpromoted tweets are ignored and only 23% generate a reply according to Wix’s social report. This means that social networks, as well as Adwords, are costing retailers more to bring in less traffic. That is why in 2015 traditional online advertising will decline and customer retention will take its place.

With customer acquisition getting pricier and less effective, online retailers are looking for new methods to keep their site profitable and popular. Many of these retailers are realising that if they can’t  cost-effectively acquire new customers, they will need to make the customers they already have more profitable.

These are not the mass email campaigns that were performed in the past. For a customer to come back and buy from you again, they need to see that you care about them personally and are not just “spamming” them.

Targeted email campaigns use the customer’s first name, are triggered by specific events, and can even use prior purchasing information to recommend new products in the future. A great example of targeted email for ecommerce is dotmailer. Tailored emails give your customers a personalized reason to come back and buy from you again.

The second popular method of implementing customer retention is a loyalty/rewards program. These are great for retention because they not only encourage customers to come back, they can be used to encourage other profitable actions such as referring friends.

When shoppers are given points they are essentially given money that can be used on a future purchase. This gives them a reason to return because there is now a switching cost associated with choosing another. Once shoppers see value in these points, you can begin to use them to motivate other actions such as referring friends, sharing on social media, or registering for a newsletter.

Loyalty programs have been helping offline retailers for years, in fact nine of the top 10 retailers in the United States have some form of program in place. The online world is a decade or two behind but is starting to adopt many tactics that have been successful in the past such as a loyalty program.

The Rise of eCommerce is Changing the Online Landscape

SaaS based ecommerce platforms are making doing business online easy and attainable for everyone. Unfortunately, it does mean things are more competitive for online retailers.

2015 will be the year that selling online becomes the norm, and the year that retailers begin to take customer retention seriously.