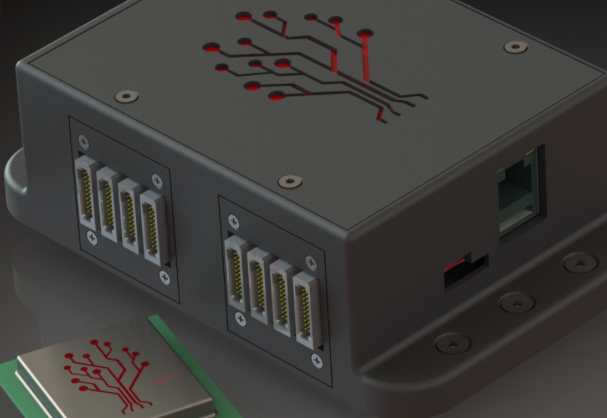 And it wasn’t easy.

It only took them about five years of research and another three months at a high-paced technology accelerator. However, it could be the start of something special.

In fact, cofounders Tom Hummel and Jason Ernst could be completely changing the robotics game: creating an entire ecosystem rather than just a product.

While thousands of brilliant researchers toil everyday at the modern challenges of robotics, the field still hasn’t significantly altered its widespread commercial uses, or at least those that appear in the homes of the average citizen.

We’re still at the stage where most robots are assembling car parts in a GM factory or are flying around as hobbyist drones. They’re mostly designed on an individual basis, and as Ernst toldTechvibes’ Jacob Serebrin in the summer, “There’s no such thing as an off-the-shelf computer for mobile robots,” or one that can be placed in any robot’s hardware and can work ubiquitously with any software.

The cofounders saw a new world through their research, though.

“They’ll be the ones that we give to our children, to perform essential services to better our society, ones that keep our streets safe and our neighbourhoods clean, help the ill and the elderly, monitor their health and maintain their dignity and alleviate traffic congestion in a way that doesn’t impact flexibility or impact safety,” said Hummell.

That’s precisely what Redtree has done, and now they’re at a significant point in the evolution of their product, the Redtree Hydra. The Hydra is a development platform for robots, including both hardware and software, built for basic functionality within the cloud.

Ten different research labs have agreed to adopt the Hydra as pilot projects, while guys try to raise $1.5 million dollars to hire a sales and development team.

The mobile robotics market is growing at nine percent year-over-year, and is expected to reach $14.3 billion by 2019. For Redtree, it has always been held back by the lack of a standardized development platform.

“We saw a multi-billion dollar opportunity to build just that,” said Hummell. “And this is incredibly difficult.”

The fact that they’ve achieved this much production is outstanding. What will be more difficult is what the guys haven’t completed yet.

First they want to reduce the size of their circuit board offering. They want to make it smaller and smaller until it can be used in a plug-n-play manner.

“We want to create the first chip set specifically for robots, so a set of chips that can be inserted into any design and will have all the software that we currently have,” he said.

Moreover, the guys want to build out their cloud infrastructure to the point where they can offer users a kind of app store that sells everything within their robotics ecosystem.

Users could buy hardware designed and submitted by other users, which will work with Redtree’s software. They’ll be able to buy software developed for a specific hardware configuration. Users can create apps that help them visualize the data coming off the robot, all through the cloud.

“This, at scale, is revolutionary. It hasn’t existed before in the tech industry,” said Sylvain Carle, the program director at Montreal’s FounderFuel accelerator. Redtree graduated the program on Tuesday.

The cofounders have lofty goals, but what’s most encouraging is that they showed a FounderFuel Demo Day crowd Tuesday night that they have a history of completing what they set out to do.

From now, it’s onwards and upwards for these two Ph.D students enthralled in the world of mobile robotics.