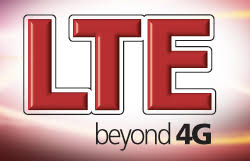 Rogers is being criticized for the marketing around its high speed internet service that they call “Beyond 4G.” According to some critics, the service is more like 3.9G.

John Lawford, a lawyer with consumer advocacy group, posted (along with Mike Fujimoto) a story on Open Media that says Rogers’ network is “incapable” of reaching speeds over the upper limits of what is considered 4G.

According to Lawford, “It’s a truth in advertising problem.” The claim that Rogers’ service goes beyond 4G has nothing to do with the actual 4G standards outlined by the International Telecommunication Union (ITU).

The circumstances behind the label “Beyond 4G” had to do with the previous labelling of Rogers’ HSPA+ network as a 4G Network. This was in accordance with the ITU’s decision to change the definition of 4G. This decision saw internet providers  in Canada re-label their services to 4G earlier in the year — even though the service itself hadn’t changed. While this re-branding was in accordance with the ITU’s new guidelines, the more honest labels of “3G+” and “3.5G” were dropped.

When Rogers released its LTE network in July, however, in order to differentiate from their previous service, the company opted for the misleading label “Beyond 4G.” Although Rogers were within their rights to market their previous HSPA+ network as 4G, “Beyond 4G” goes beyond the ITU classifications of what is considered to be 4G. Critics suggest that “True 4G” or “Real 4G” would have been more appropriate. Some even suggest that Rogers LTE service is on the lower end of the theoretical download range of the technology which can see up to 150 megabits per second and that the term 3.9G would be more appropriate.

Rogers defended the label in that it differentiates its service from its competitors. “To confirm, LTE is beyond 4G,” said Rogers spokeswoman Carly Suppa. “LTE provides a significantly different experience from 4G HSPA+.” She cited its faster speeds, fewer delays in transmitting or receiving data (latency), and ability to provide more usage capacity so that more people can access the network at top speeds without affecting overall network performance.

A Rogers spokesperson had earlier told PIAC on Twitter that the company is using “Beyond 4G” “only… to differentiate themselves from other HSPA+ networks in Canada. We’re the first and only with LTE.”

Although Lawford criticizes the labelling of the service, he did commend Rogers in being more honest about providing information on actual and expected download speeds of 12-25 MBS — rather than using the typical marketing strategy that advertises the much-higher theoretical speeds.