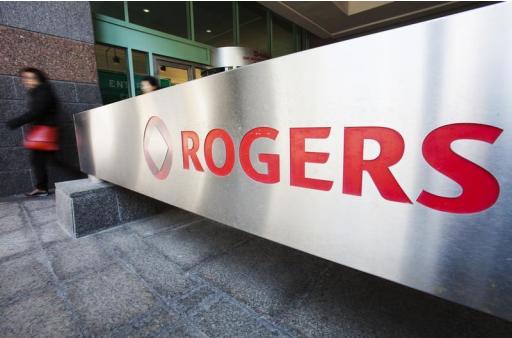 Rogers is reportedly looking at taking a slice of the streaming media pie. In a Cartt.ca online trade magazine report, editor-in-chief Greg O’Brien says, “Rogers has spent more than $100 million on content deals to build a robust catalogue of TV shows and movies that subscribers would be able to stream on demand.”

It is rumored that the service would most closely resemble that of Hulu Plus, the US-based Netflix rival which streams network shows (with the exception of CBS) the day after they air.

Why take on Netflix? With their investment in this lucrative market, and with deals apparently in place with most major studios, it’s a matter of eating away at Netflix’s power. “What it does is it keeps those TV titles and any film titles that they might be able to get away from Netflix in Canada, so it makes the Netflix library weaker,” O’Brien says.

Here in Canada, it’s no secret that we can easily access all the American content Netflix has to offer. And although it’s slightly more difficult, access to Hulu Plus from Canada is achievable as well. So if a Canadian really wants to be a cord cutter, or even a cord shaver (one who cuts back on their cable bill because they’re getting more content via streaming), will the Rogers service be able to make an impact?

Today, for $21 per month, a Canadian can have access to all content offered by Netflix (US, Canada, UK, Netherlands and more), as well as everything available on Hulu Plus. Not only that, but with online apps such as CTVGo and Global Go, Canadians have almost all their content bases covered.

Sure, we don’t know how much Rogers is planning to charge, nor do we know whether their service—apparently titled “ShowMi”—will include ads. The inclusion of ads that appear several times throughout an episode is a huge drawback of the Hulu Plus service for their subscribers, who feel that their monthly fees of $7.99 should be sufficient to provide them with an ad-free experience.

As a Hulu Plus subscriber, I cannot agree more. Being forced to sit through ads without the ability to fast-forward or skip is a huge gripe of mine. I’d gladly pay a dollar or two extra per month to do away with them. Perhaps the new Rogers service will devise a business model in which their customers won’t have to consume an appy of ads to go along with their content entrees.

But the biggest problem facing Rogers appears to be how Canadians feel about the company. Searching through hundreds of online comments about the story, there is a serious sea of discontent that may prove difficult for the company to navigate. If a large percentage of Rogers customers (especially those in the east coast) are unhappy with the customer service they are already receiving, will they be able to convince Canadians to leave Netflix for an unknown, as-yet-to-be-proven streaming service?

Only time will tell. As a happy Rogers wireless customer, I do hope their new streaming offering gives Canadians a simple, ad-free, content-rich service. While it probably won’t be the catalyst to allow us all to be cord cutters, there’s a good chance it will shave a few dollars off the cable bill for most Canadians. And that’s a good start; regardless of how the service is perceived.