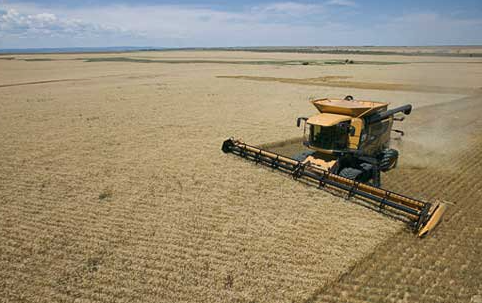 But it appears that many of the same factors that have held back high-speed internet outside of major cities are preventing their campaign from gaining much traction.

Two-thirds of farmers in Ontario “have unreliable internet connection,” according to a recent survey by The Ontario Federation of Agriculture, a group that represents farmers in that province. It’s an issue the group wants politicians to do something about. While they’re not calling for any specific policies, they’d like to see a serious plan to bring internet connection speeds similar to those available in urban areas to rural Canada, at a similar price.

Right now, rural Canadians find themselves paying more for less internet, speeds are a fraction of what they are in urban areas and some farmers are paying up to $500 a month, according to the OFA. In Nova Scotia, there are similar issues, one rural internet provider is capping internet usage at 15 gigabytes a month while its’ competitor is just now increasing speeds from 1.5 megabits per second to 15 mbps.

Rural internet access isn’t a new issue; in 2006, a federal panel convened to make recommendations for modernizing Canada’s telecommunications policy recommended that all Canadians be connected to high-speed networks by 2010.

Instead, the Canadian Radio-television and Telecommunications Commission set a goal of giving 100 per cent of Canadians access to high-speed internet by 2015.

In October 2014, the federal government pushed that goal back to 2019 (in a press release disguised as a funding announcement) but that plan defines high-speed access as anything over 5 mbps.

Earlier this year, the Unites States Federal Communications Commission changed its definition of broadband from 4 mbps to 25 mbps.

Here in Canada, the federal government did have a target of getting 77 per cent of Canadians connected to broadband internet by March 2015. But that target defined “broadband” as 1.5 mbps – the minimum speed required to watch streaming videos.

The run-up to the current election campaign did see some rural Canadians get promises of higher speed internet, part of the pre-election blitz of funding announcements.

But, despite the calls from farmers groups, rural internet access has not gotten much traction as a major issue. That’s likely due to the fact that the affected population is relatively small, spread-out and isolated. Instead of being seen as a systematic problem, it’s seen as a local issue in many small communities across Canada.

While the internet now allows more people than ever to work remotely, for many rural Canadians its not an option.

In Manitoba, the small town of Pinawa, formerly home to a nuclear research facility that employed most of the population, is trying to attract home-based internet-enabled businesses but slow internet speeds are holding it back.

In rural Nova Scotia, remote workers have to ask about what internet connections are available when they’re looking for a new home.

As for farmers, it’s not just affecting them in the field. As I write this, the OFA’s website is down.