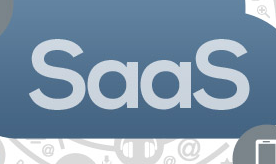 For SaaS companies, small businesses appear to be one of the key markets.

Around a quarter of Canadian small businesses are using SaaS products to run their businesses, according to survey conducted for Intuit, the maker of QuickBooks and Quicken accounting software.

Of those businesses, 69 per cent use cloud-based software and apps on a daily basis, the survey found.

That’s not quite as high as in the United States, where around half of small businesses use at least one mobile business app.

But while Canadians may be lagging slightly when it comes to adopting SaaS products, they’re not lagging when it comes to making them. Some of the biggest names in SaaS are Canadian—companies like Hootsuite, Shopify and FreshBooks.

And it’s a business model that’s seeing growth across the country.

Hootsuite is based in Vancouver, Shopify hails from Ottawa, while FreshBooks is out of Toronto. Montreal also has its own representative, retail point-of-sale startup, LightSpeed.

If there’s one thing that unites these companies, aside from their business model, it’s the fact that they’ve all managed to raise large amounts of venture capital funding.

Hootsuite set the Canadian record when it raised a $165 million series B round. And while that’s a lot, it’s not all. The company has raised a total of $250 million in VC to date.

That was one of the first big tech IPOs in Canada since Halogen Software, another Ottawa-based SaaS company raised $55 million through its IPO in the spring of 2013.

It makes sense. The average small business in the U.S. spends $630 a year on software solutions and 85 per cent of small and medium business executives plan to invest in software over the next five years, according to the Intuit study.

But it’s not just big names that are making waves in the SaaS market. Ottawa’s Martello Technologies isn’t a household name (and might never be; it’s strictly in the business-to-business market) but it’s revenues grew by more than 600 per cent over the past three years.

There’s also lot of room for SaaS developers to build on top of other SaaS products – Canadian startups like Hubdoc, Jobber, and Method:CRM have all seen success by building SaaS apps that work with Intuit’s QuickBooks Online product.

While there’s a lot of room for growth in the SaaS market, it’s not always an easy one to be in.

SaaS companies have to be invested in the success of their customers, Paul Loucks the CEO of Halogen told me in an interview last fall. While the business software market used to be about sales, the SaaS model is more of a rental business and that means that if a customer is unsatisfied, it’s easy to switch.