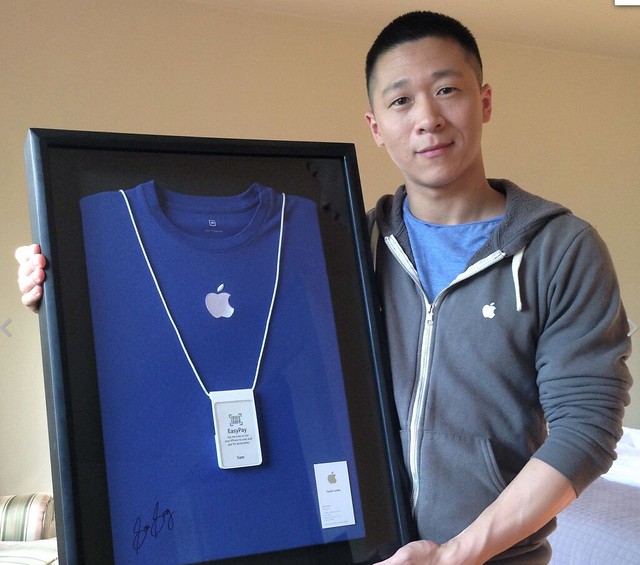 Sam Sung is raising money for charity by auctioning off his Apple business card. The ironically named former Apple employee was hoping to raise $10,000, but bids on his package—which includes his uniform and lanyard—blew past $80,000.

“I came across one of my old business cards the other day when it fell out of a book,” Sung says. “I honestly can’t believe what the auction is sitting at just now,” he said last week—before fake bids were removed and the price plunged to less than $2,000.

Sam Sung, whose name bears striking similarity to Apple’s number one competitor in mobile, Samsung, says the funds will be donated to Children’s Wish B.C. and Yukon. The charity is obviously disappointed after being “cautiously optimistic” that the $87,000 bid was legitimate.

The auction closes tomorrow night, so there’s still time for real bidders to step in and reach Sung’s $10,000 goal.