In 1851 Singer began manufacturing the first practical sewing machine for general domestic use.

By 1904 more than a quarter-million Singers were shipping each year, sewing the seeds for a twelve-storey factory in lower Manhattan. New York Architect Ernest Flagg designed the facade wrought iron railings reminiscent of the iconic Singer legs and treadle. They still exist in their original glory as an homage to the turn-of-the-century entrepreneurial giant, only now it houses a modern entrepreneurial success.

Savant’s systems leverages Apple hardware, echoing their simplicity and ease of use: Simply snap a picture of you room and tap on different parts of the photo to control lights, shades, temperature, security, entertainment systems and more, all from a smartphone. Savant has since introduced new mid-market products, most notably the Savant Remote, described as “The only remote you need, working with the devices you already own to deliver a one of a kind entertainment and automation experience.”

Headquartered in Massachusetts, the company has about 170 employees working from Hyannis, San Francisco, and New York. The 8000 square foot SoHo ‘Experience Center’ designed by Thom Filicia was built in 2010 as demo space for the company’s high rolling clientele to demonstrate the breadth and depth of Savant’s technology. While this is still the case, when Bryant Brennan, Savant’s VP of Design, joined the company in 2014 he insisted that his creative team should also be based out of the inspiring penthouse.

Entering the third floor, the dedicated elevator doors open to a crisp, warm and decidedly tech-heavy space complete with a flatscreen built into the coffee table. Savant’s remote is on display through the hallway alongside an impressive bank of servers, receivers and proprietary technology necessary for Savant’s Pro offering. 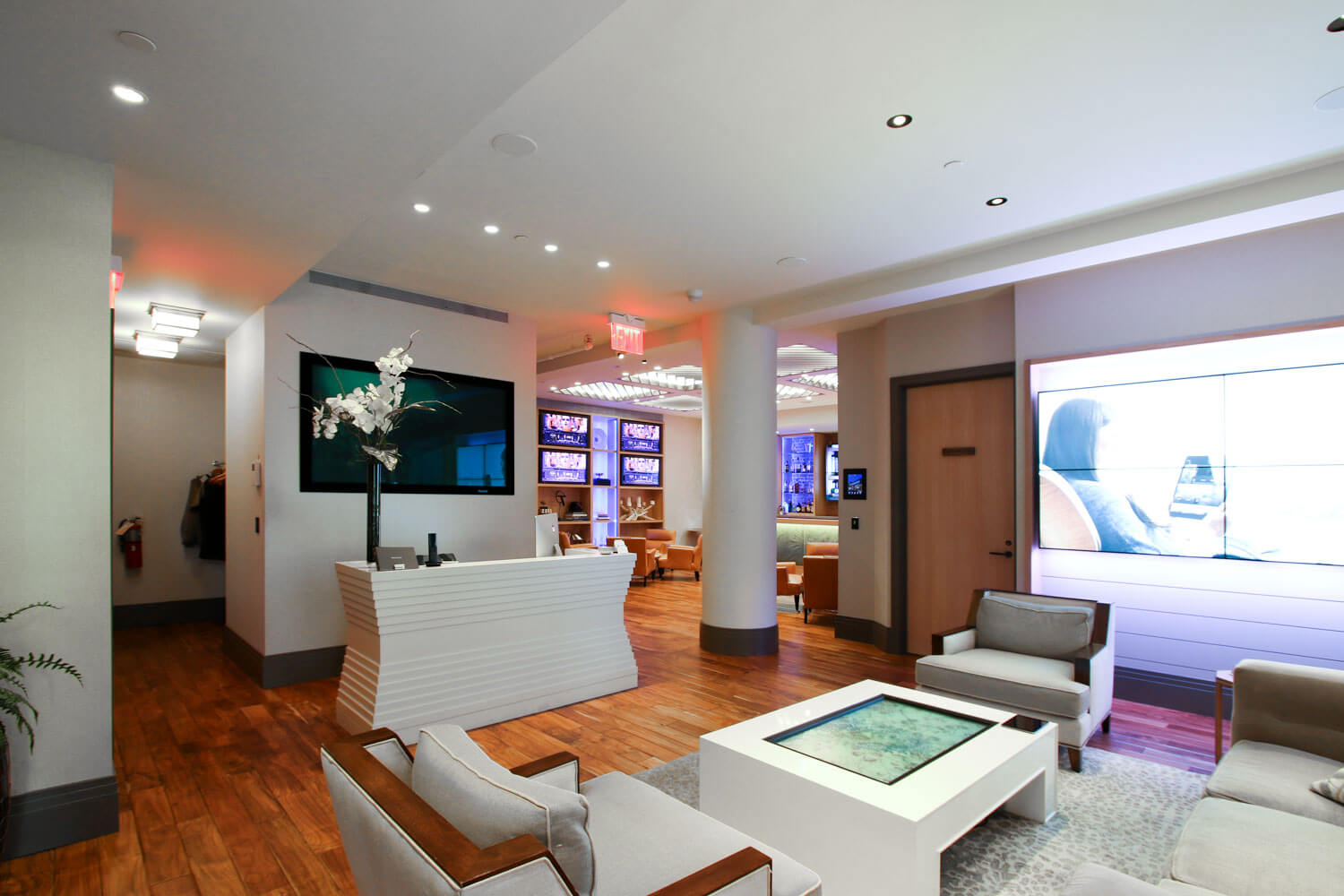 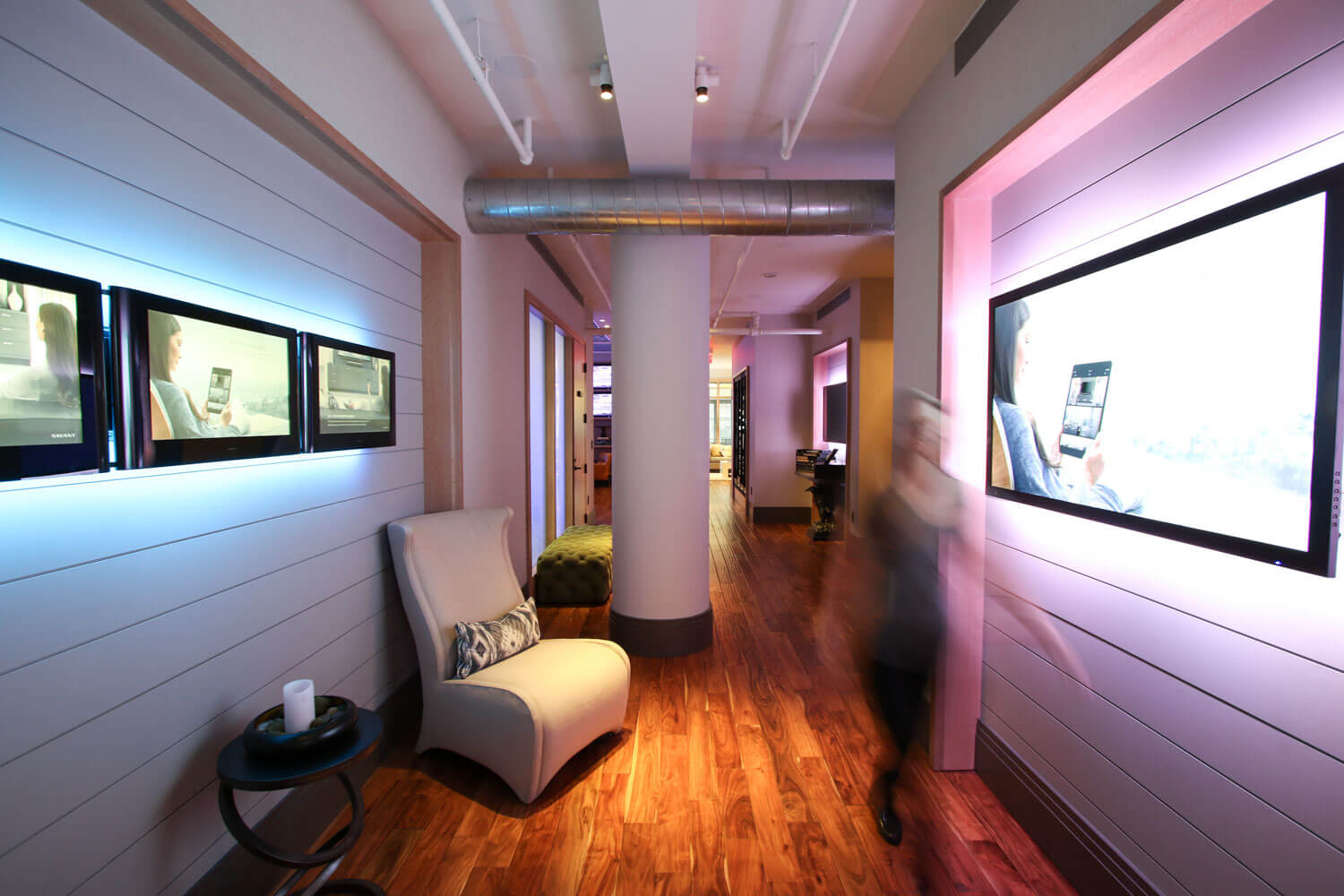 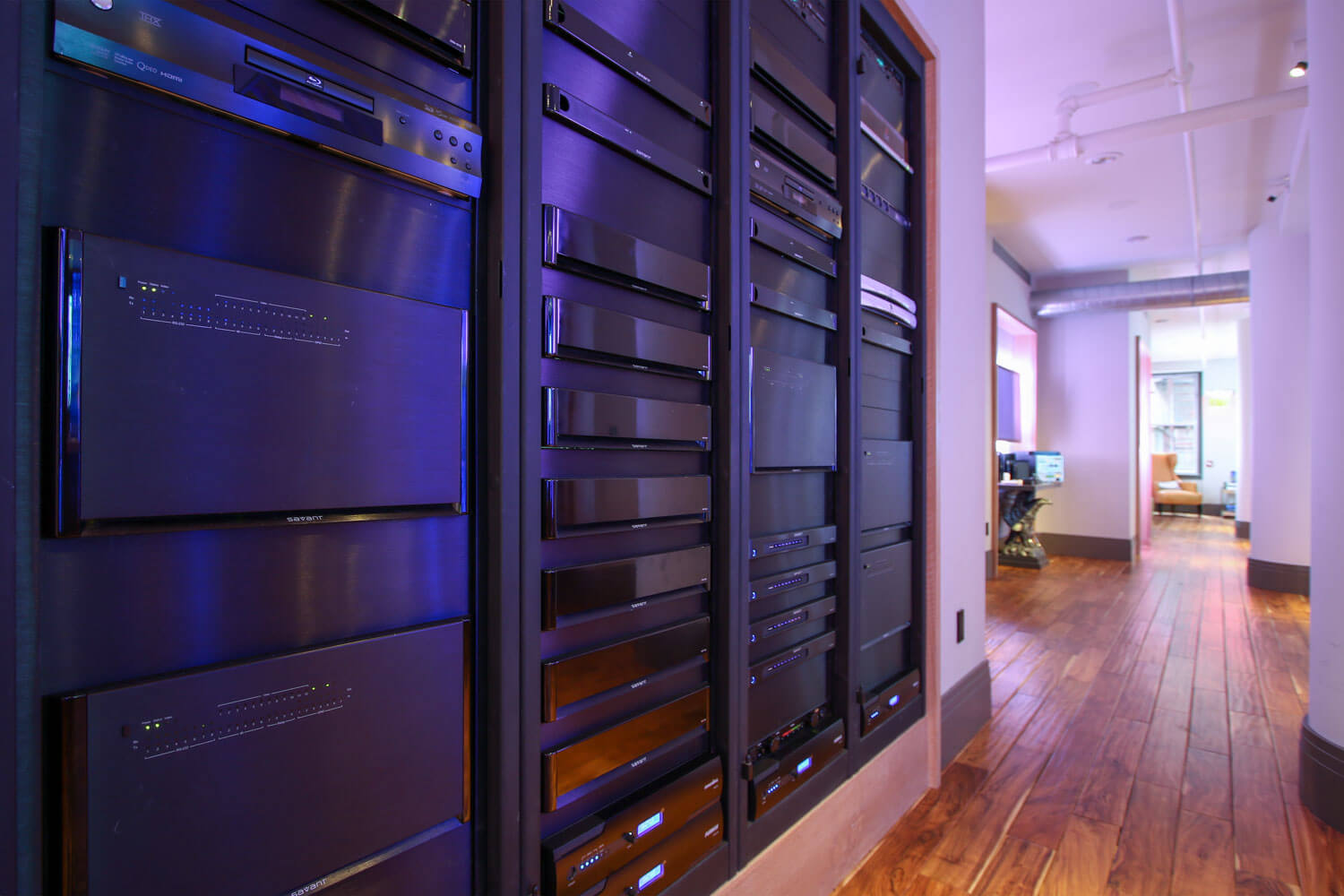 Bryant’s 15-person creative & logistics team work from this office designing Savant’s award-winning website, the hardware interfaces and the overall experience of a Savant-enabled home. And what better place to work from, and be inspired by the most connected smart home ever built?

Though you can work from any corner you find, actual work stations do exist. There is primary war-room where the core creative team resides. A polished shared office suite is always at the ready for in-town executives with plug & play workstations. There is even an attached shower to freshen up after a long flight. Add to that the grand study equipped with an incredibly clear 60 inch flatscreen–actually there are screens in every room including a projection screen in the bathroom that plays the morning news for you while showering. 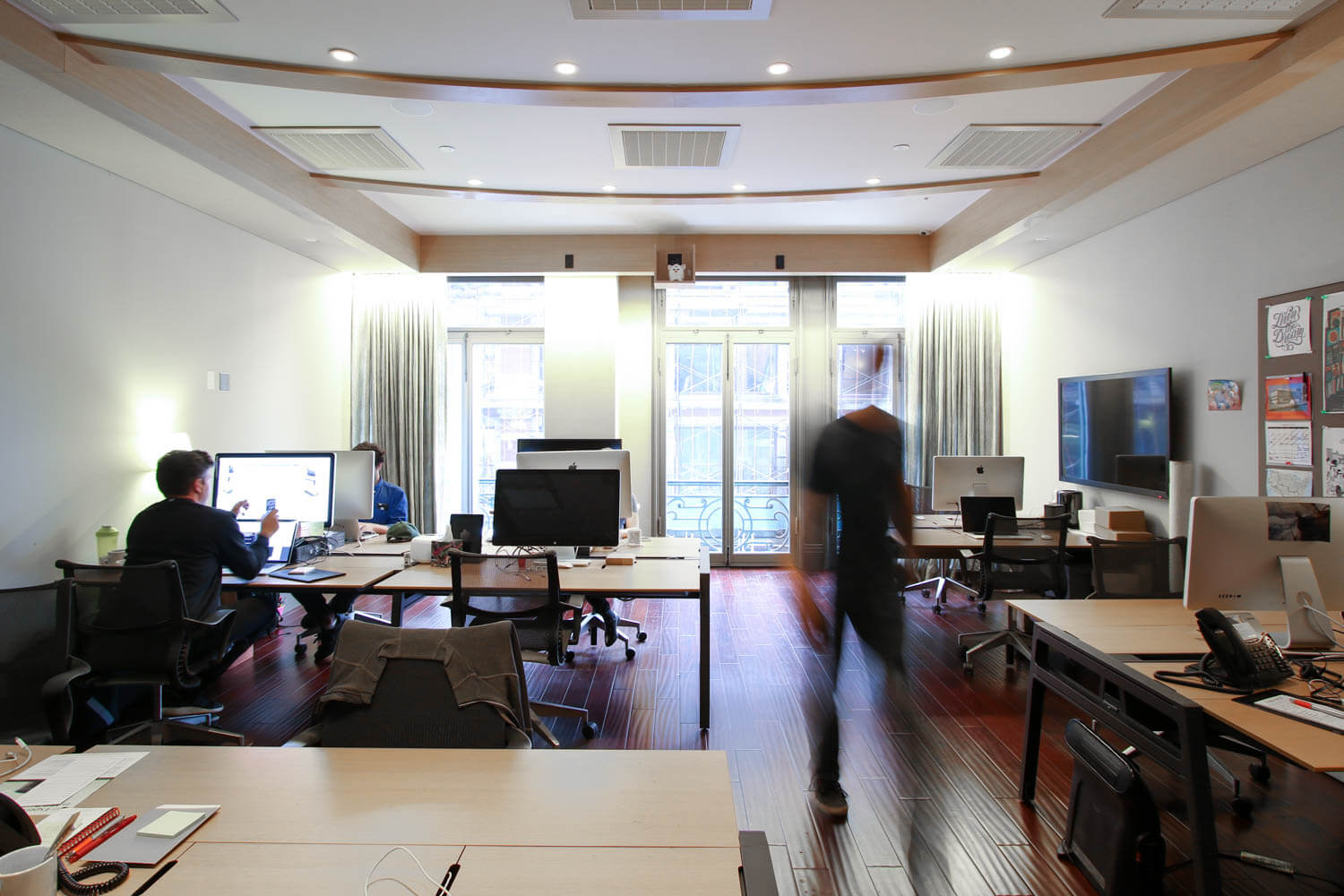 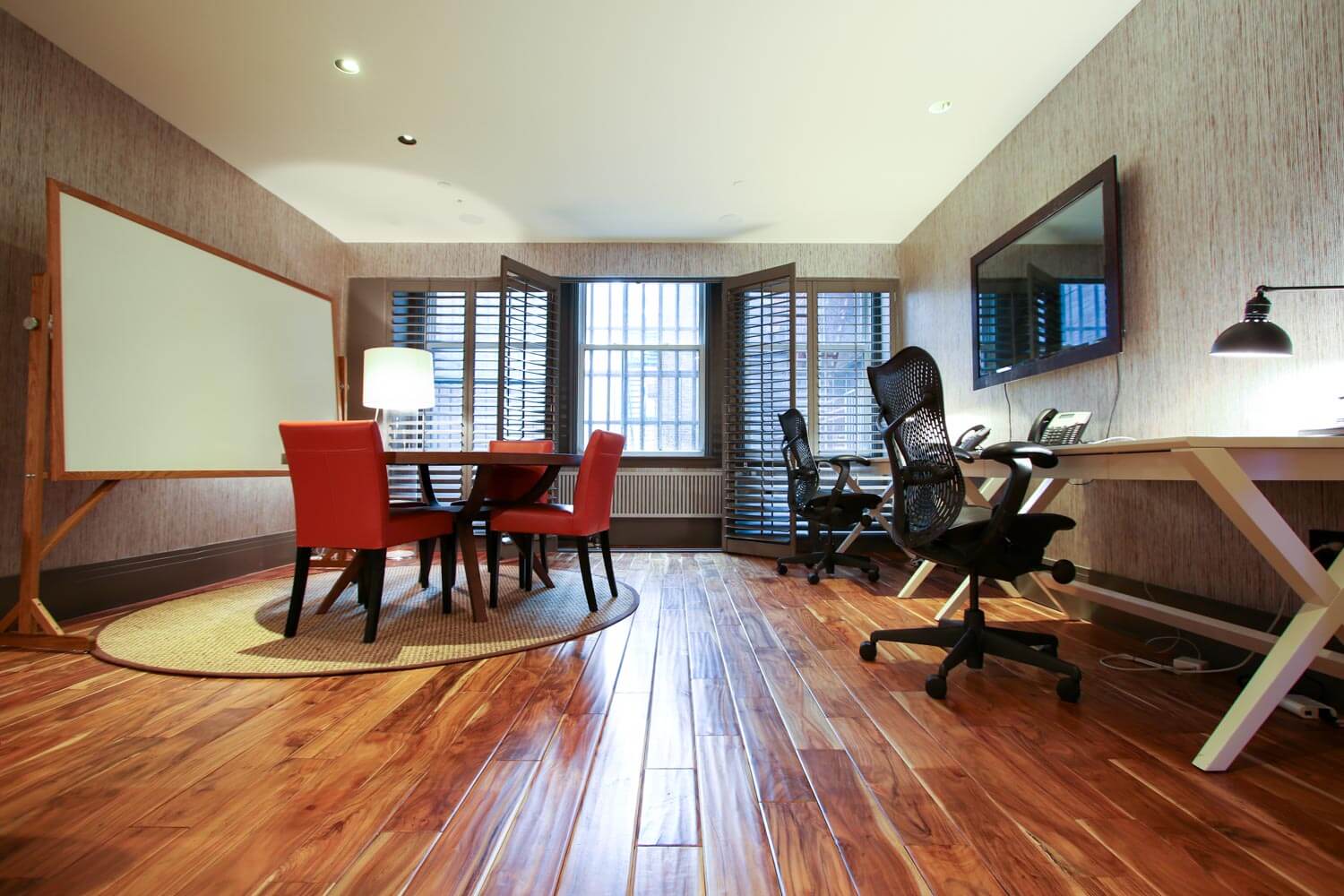 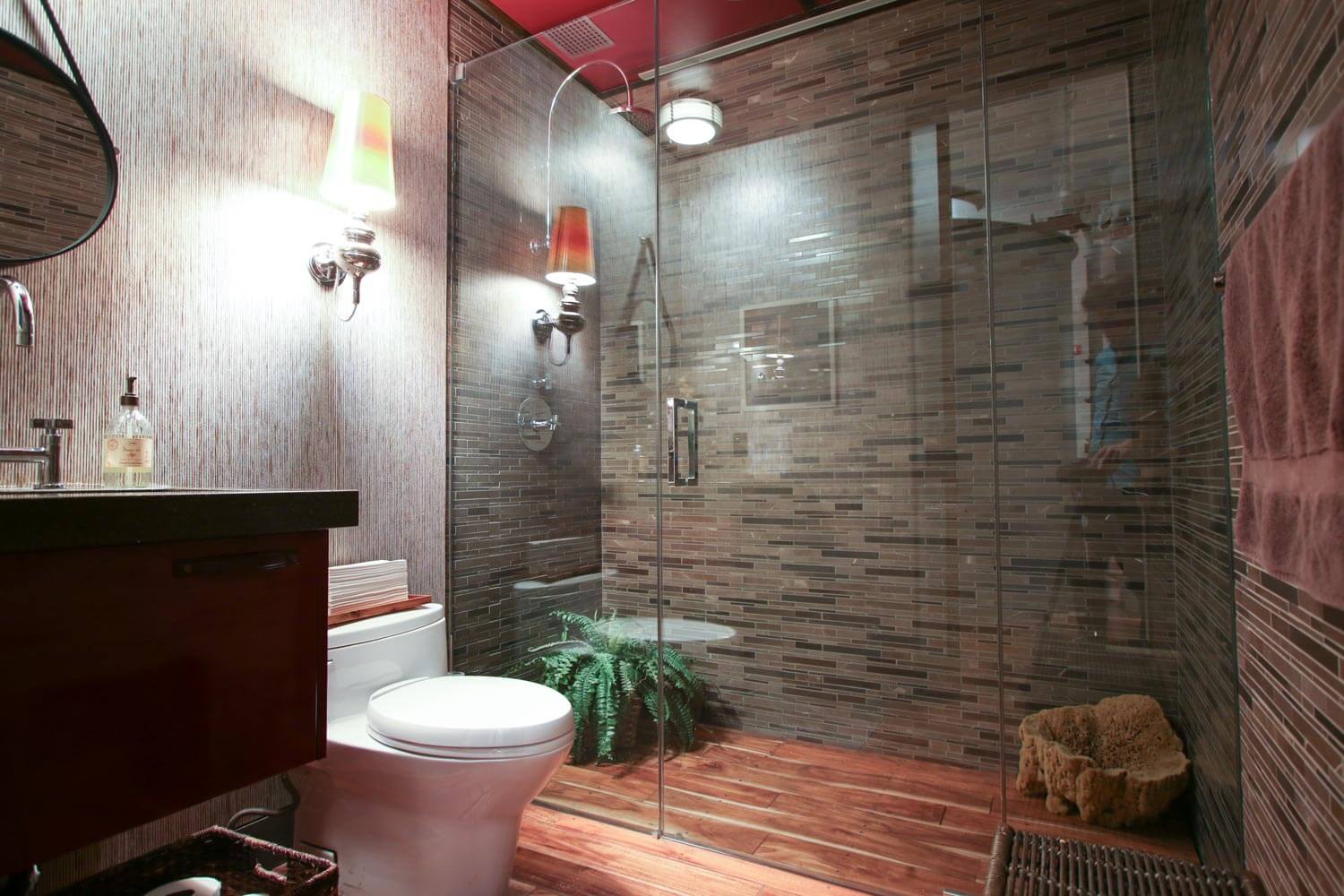 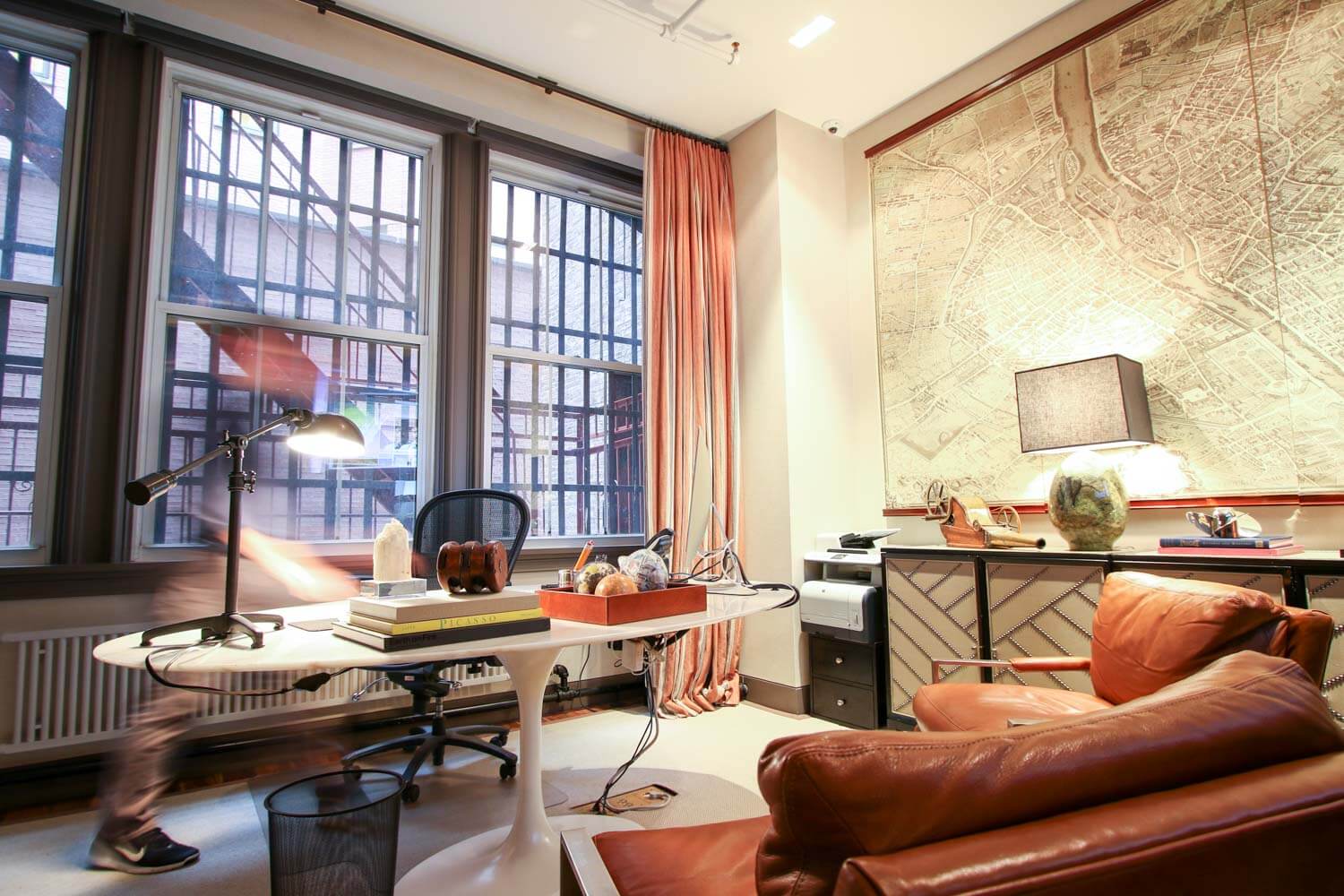 Situated on Broadway and Prince Street, there is no shortage of amazing eateries in the area including a Dean & Deluca across the street. Even better however, are the semi-regular breakfast bars that greet the team as they walk in the office. Fresh juice, fruit, coffee and snacks are all mainstays, not to mention a fully stocked bar and beer fridge.

Despite being a demo space there are no smoke and mirrors—everything is real and works. The full size kitchen is in regular use with working appliances, wine fridge and espresso machine. The live-edge dining table is used for actual dining, though it doubles as a boardroom now and then. 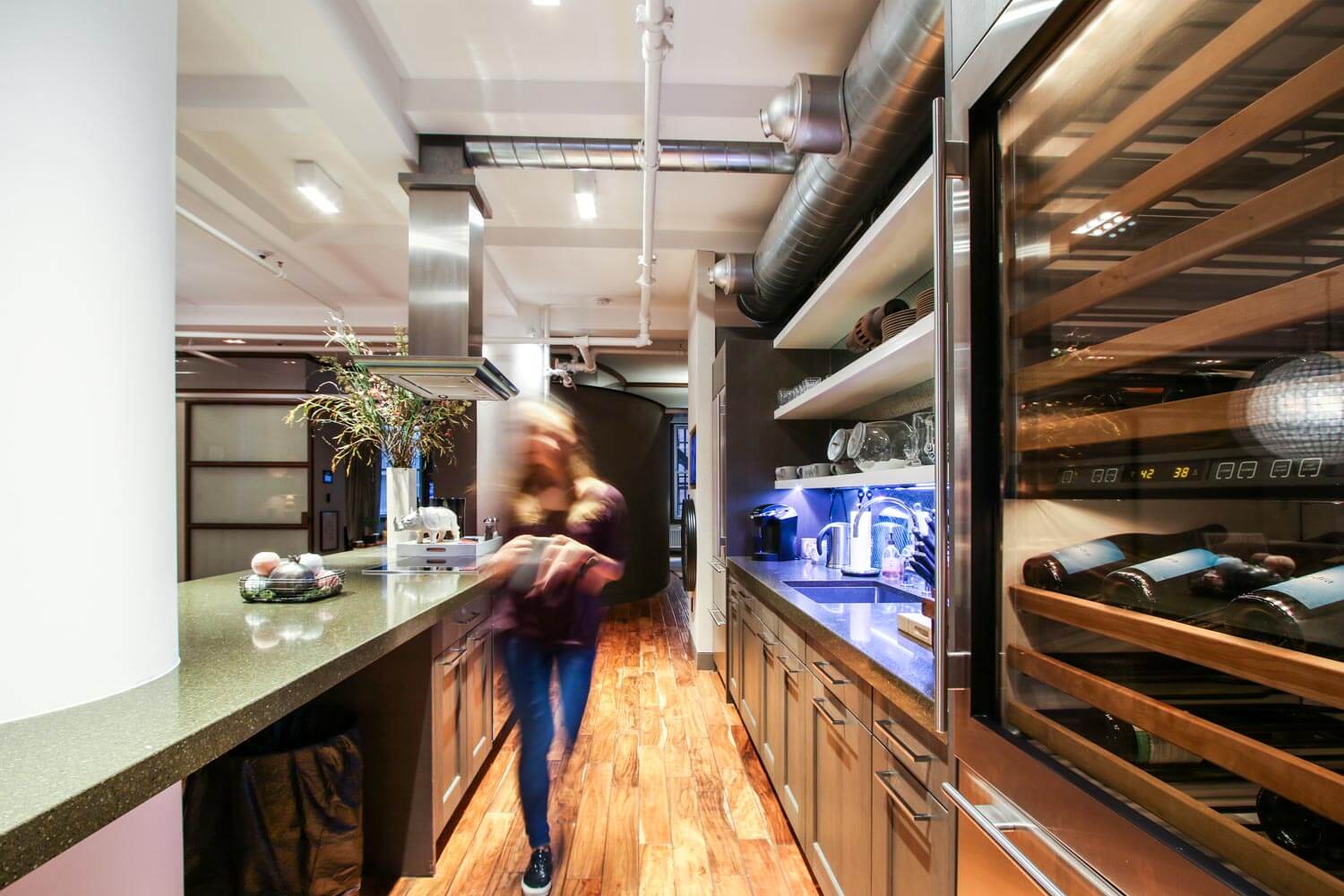 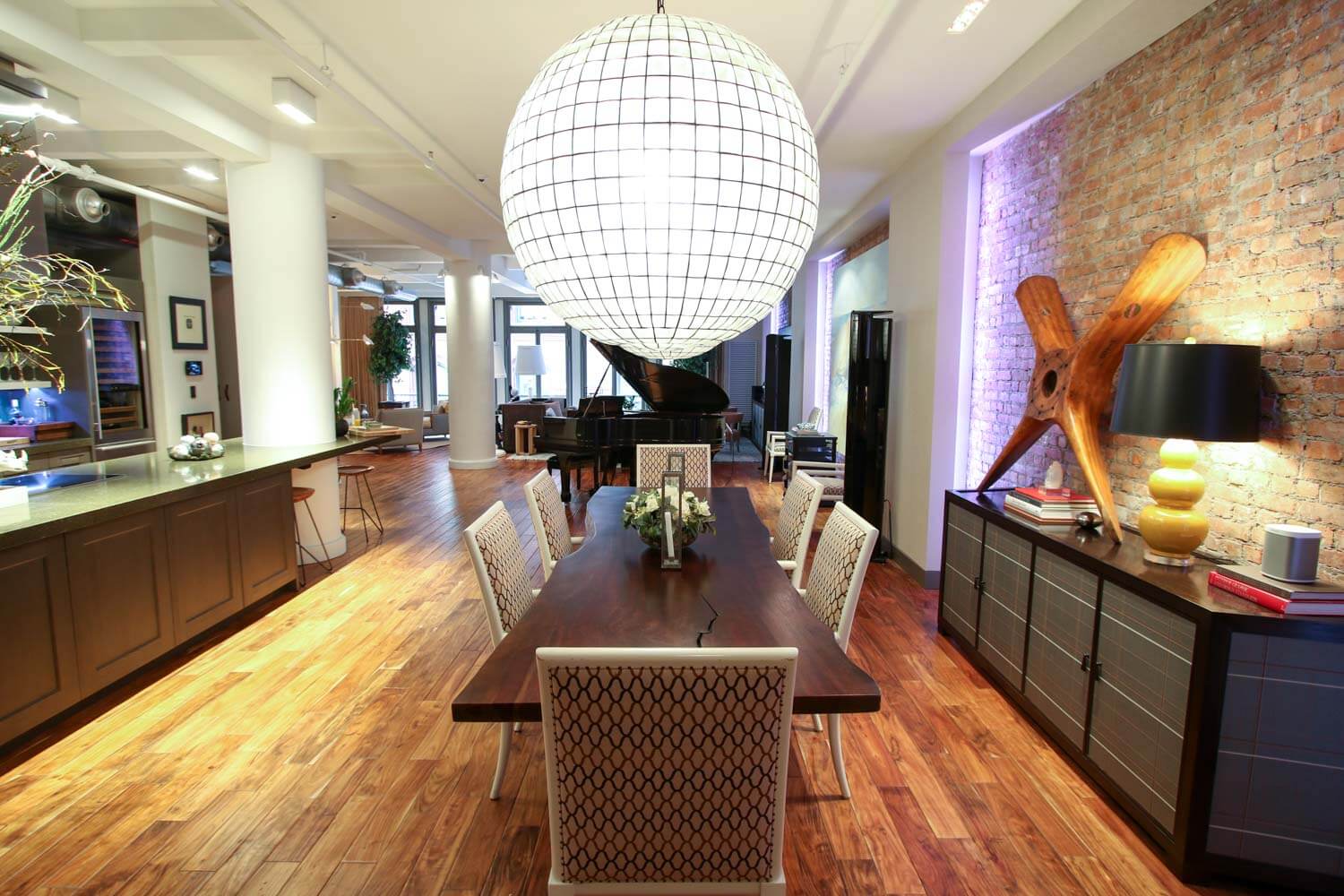 Just walking through the space, it is really easy to picture yourself living there. It is equally easy to forget that anyone actually works there at all. That itself is the secret for Bryant. His staff arrive at 10AM but the atmosphere is cozy enough that staying late is kind of a bonus. The all-nighters aren’t so painful when you can pull up on a giant leather sofa with your own playlist to keep you company. Every room is set up with Savant ‘Scenes’ controlled by the remote, so when the boardroom needs to transition from an interview space to a Superbowl party it is literally one tap away; the shades to close, lights dim, volume increases and the TV switches to the right channel.

As you go from one space to the next to have a space change to your wants & needs and have it be personal to you is an amazing kind of space for a creative person to play in. – Bryant Brennan, Savant VP of Design 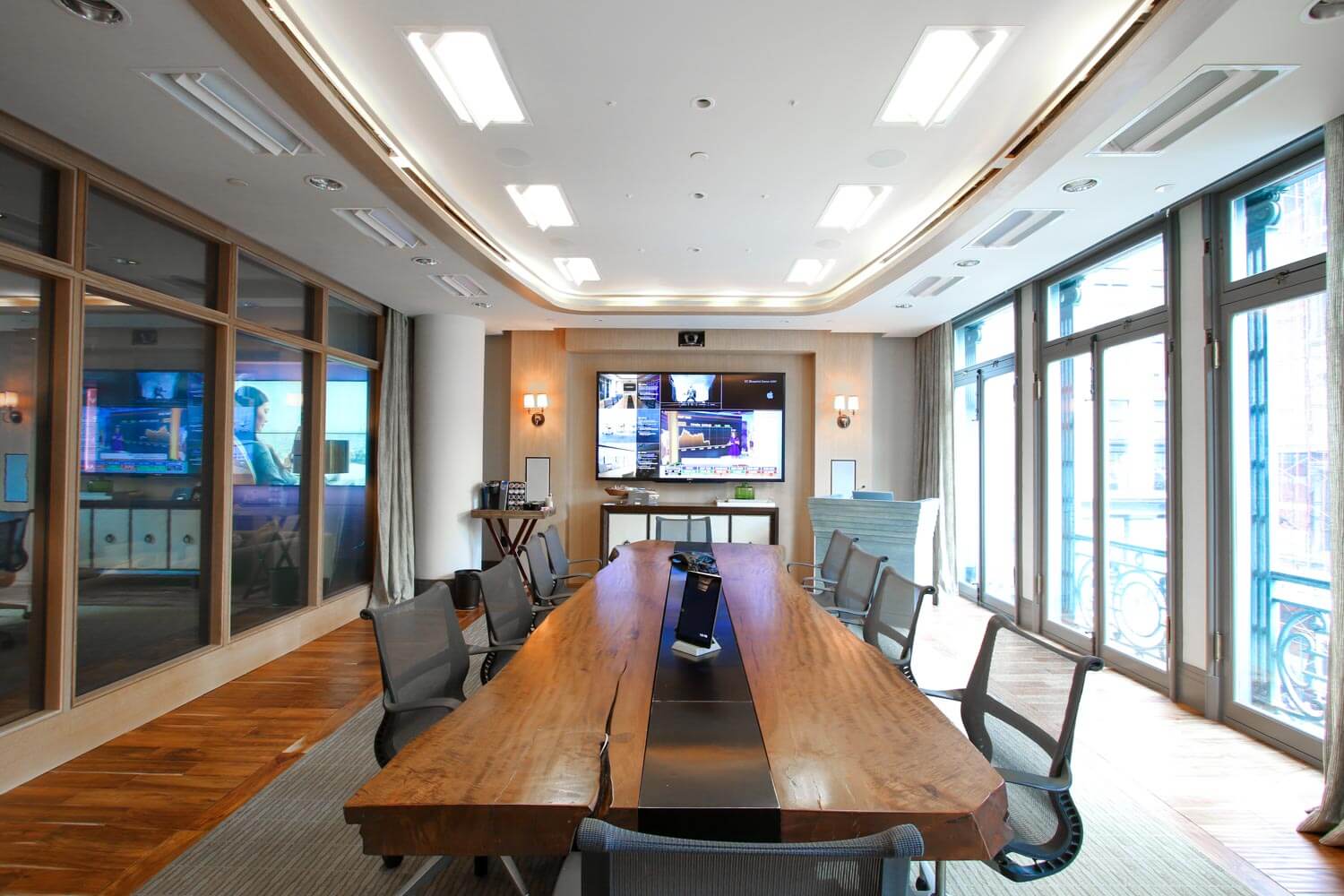 Even bringing in family is easy. There is always a place to keep someone entertained, be it the theatre room, the McIntosh stereo equipped lounge, or even the spa-like bathrooms, you can safely leave your loved ones to fend for themselves while you get that last delivery out the door. 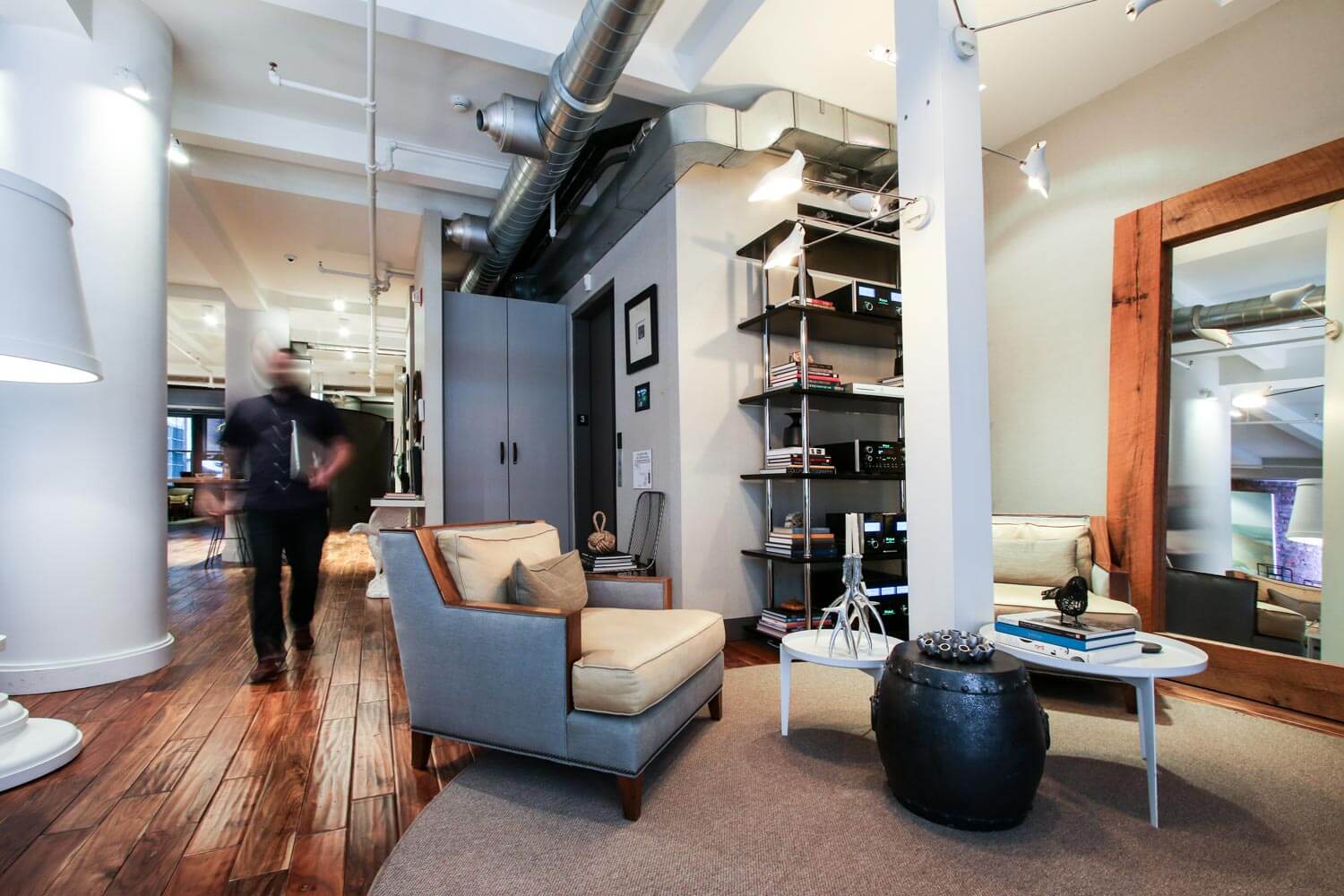 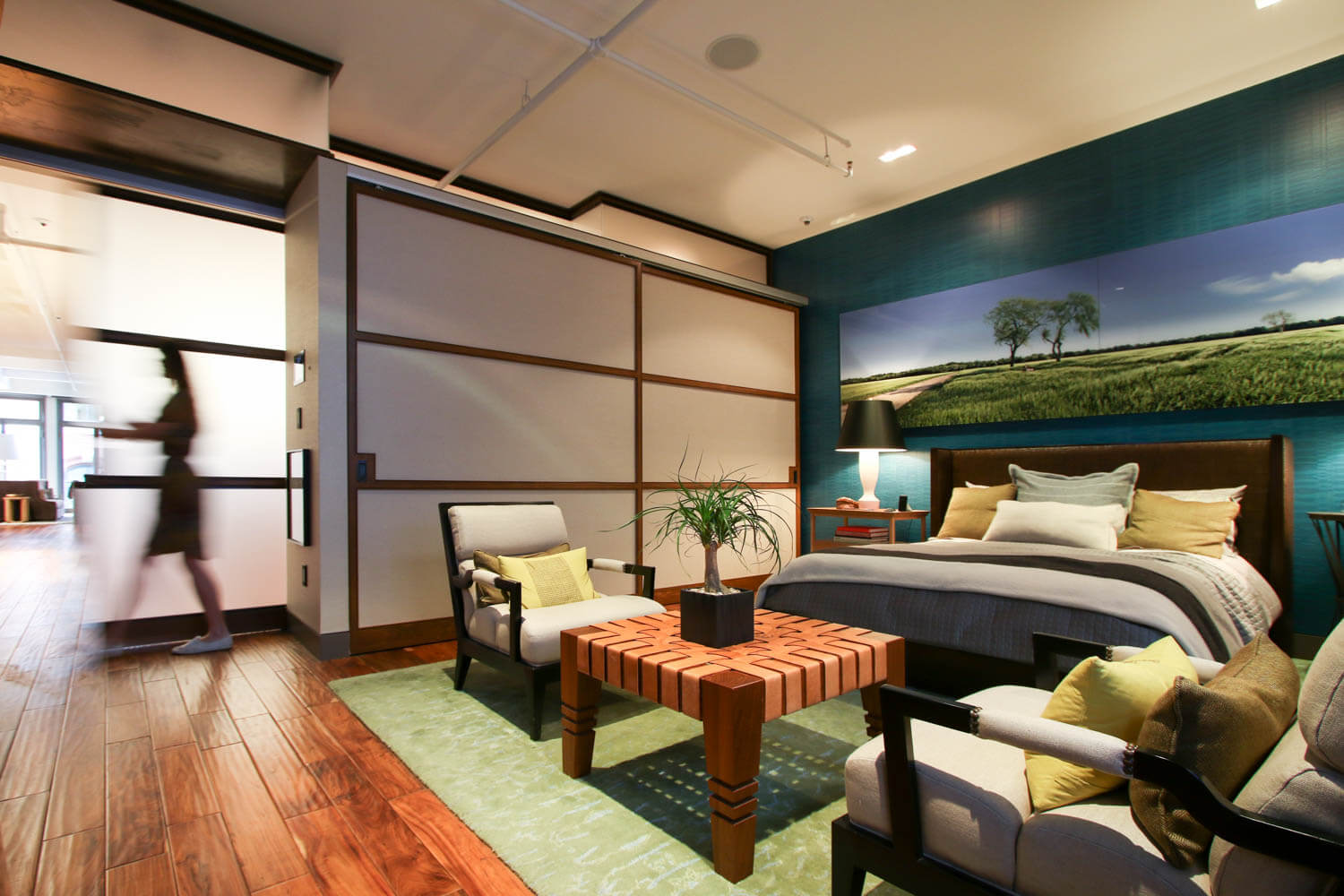 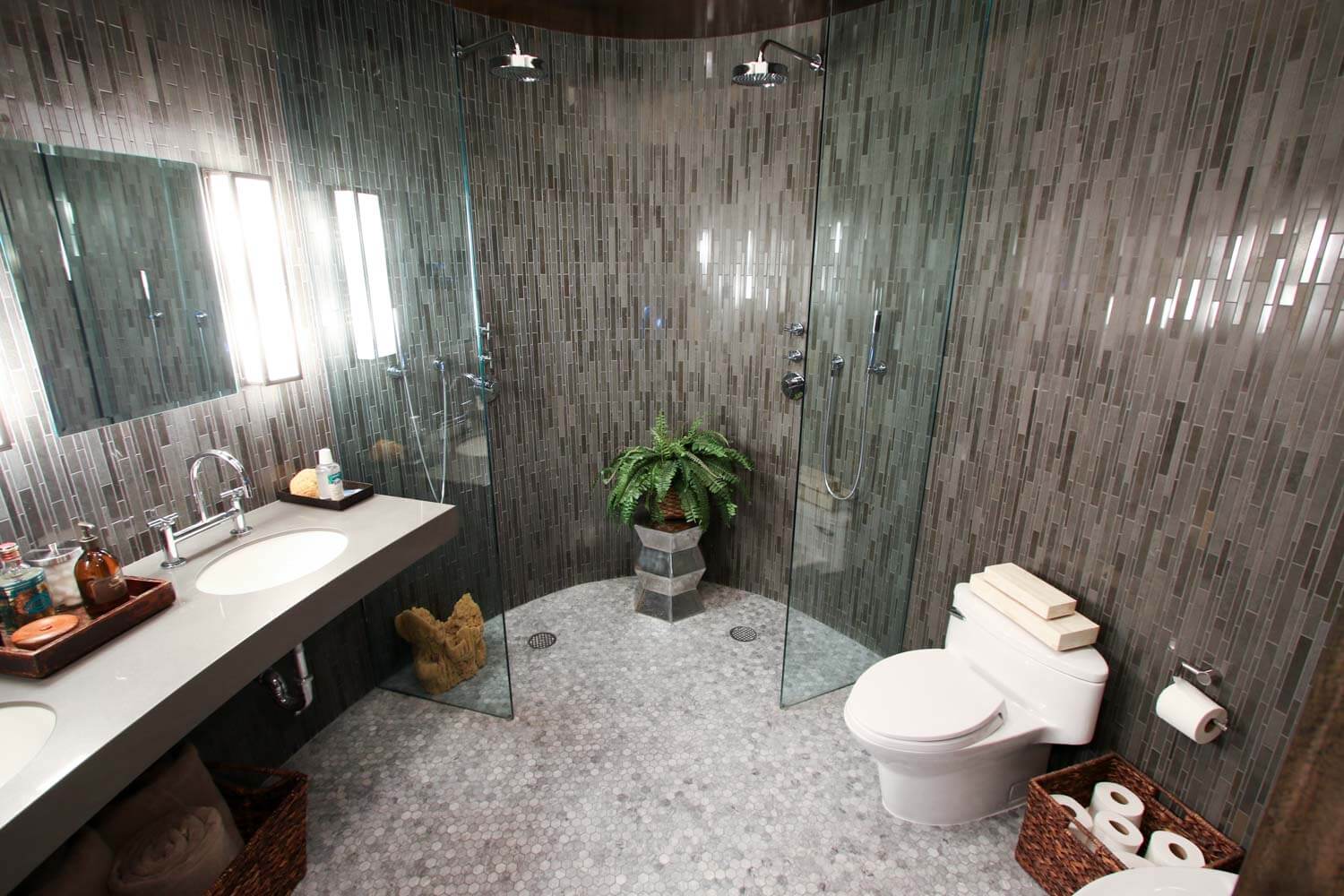 Let’s be honest: this is one of, if not the most, killer party offices we’ve come across. The space itself is amazing, but add to that a every bell & whistle you can imagine (and some you didn’t know existed), all controlled through a single remote and curated with to a single button. The lounge is the second space to greet you as you enter, and is the place to find a drink. The main entertainment area, however, is really in the great room which contains the only item that is not automated in the space – a grand piano. Luckily there are a few talented folks who can step in when the mood strikes. 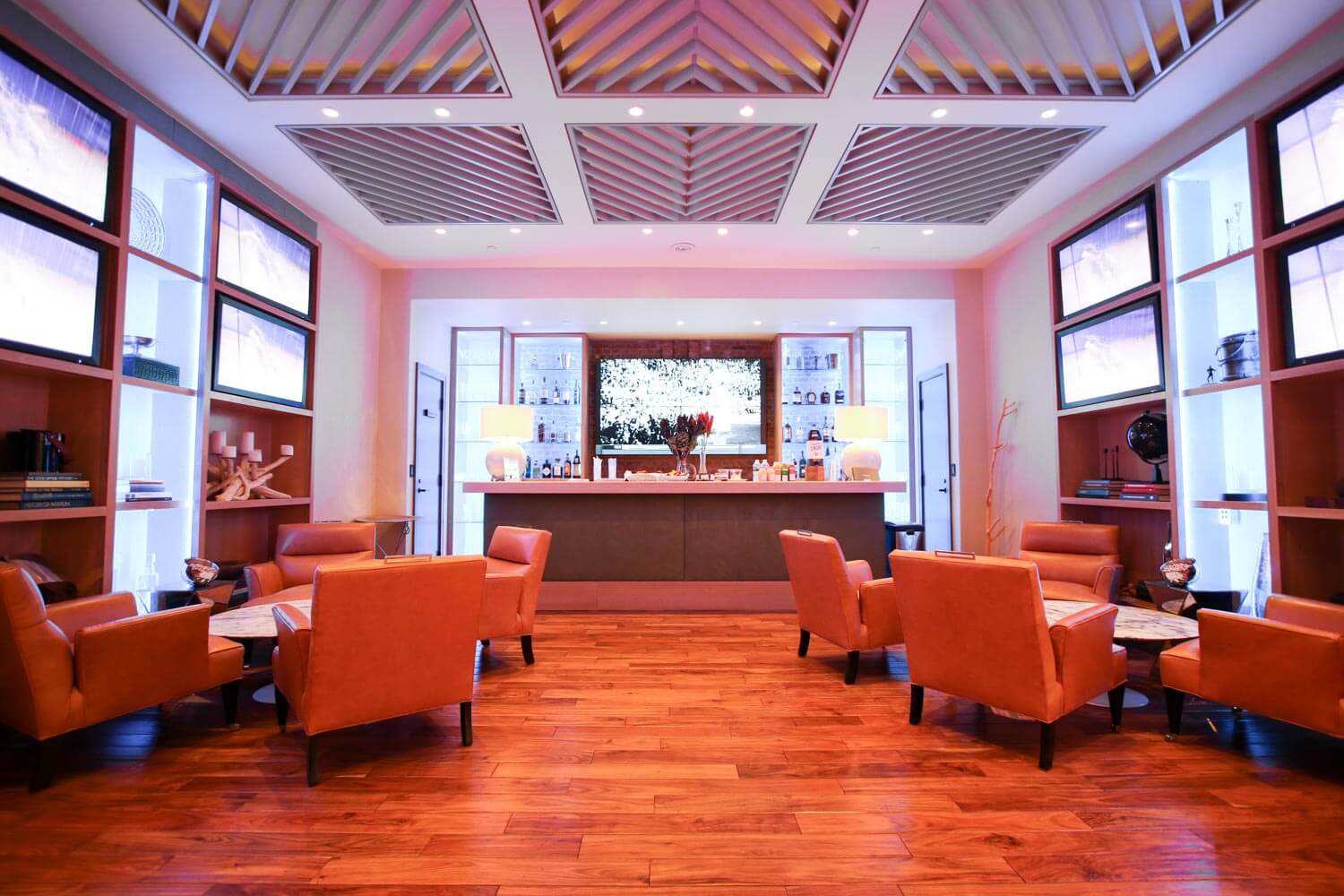 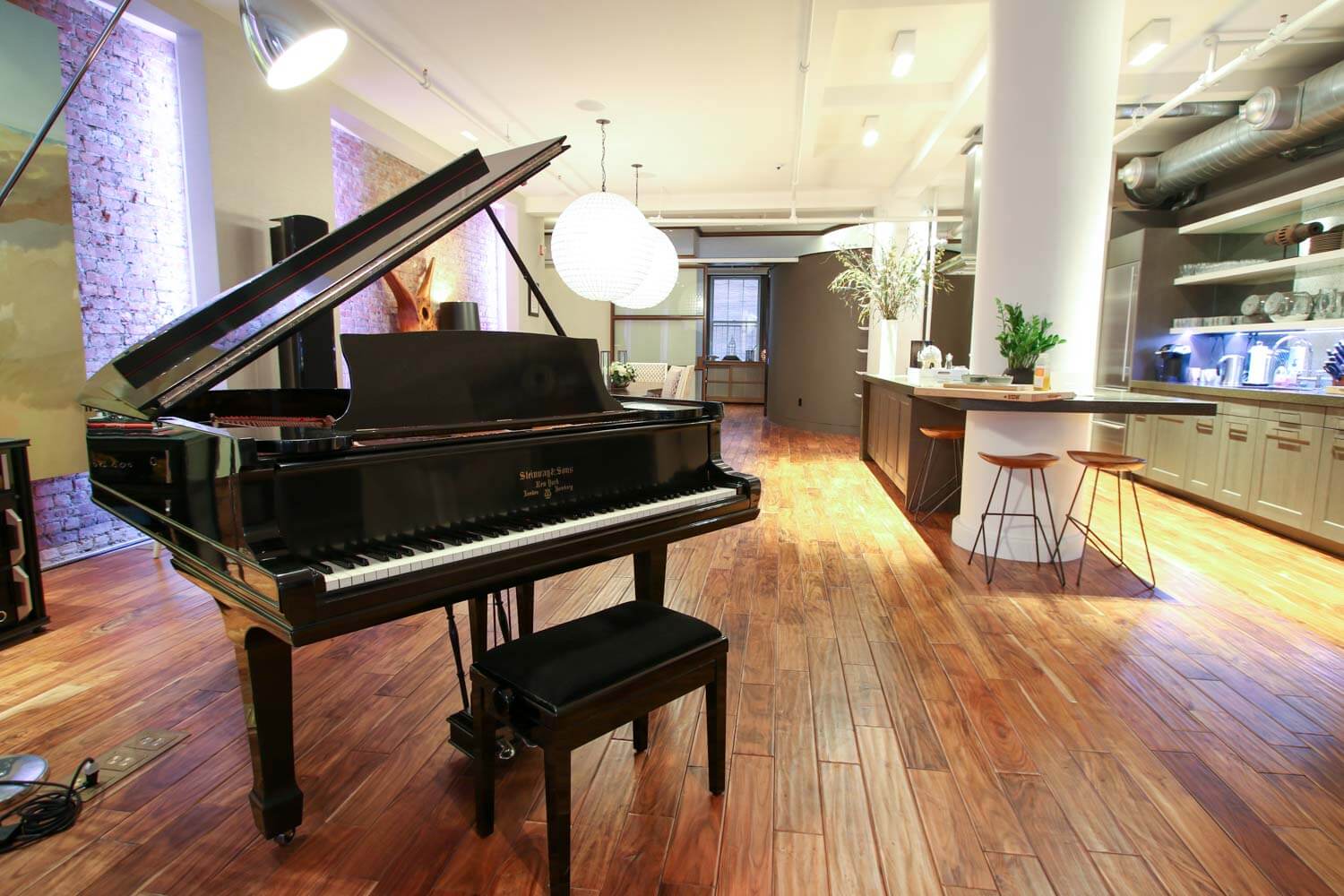 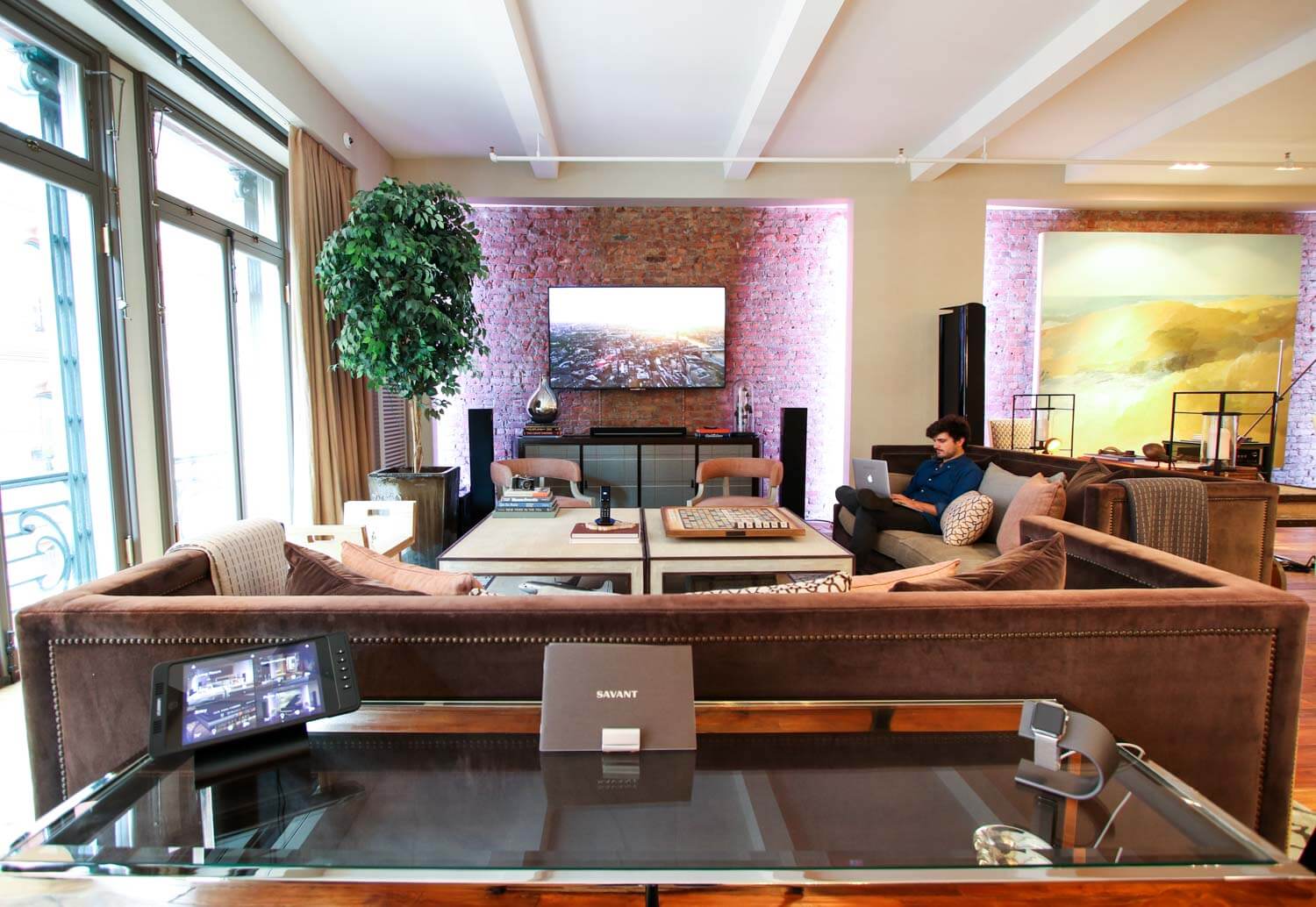 And of course what would any next-level automated home be without a next-level theater room. Not a bad spot to take your lunch break and catch up on the ‘Flix. 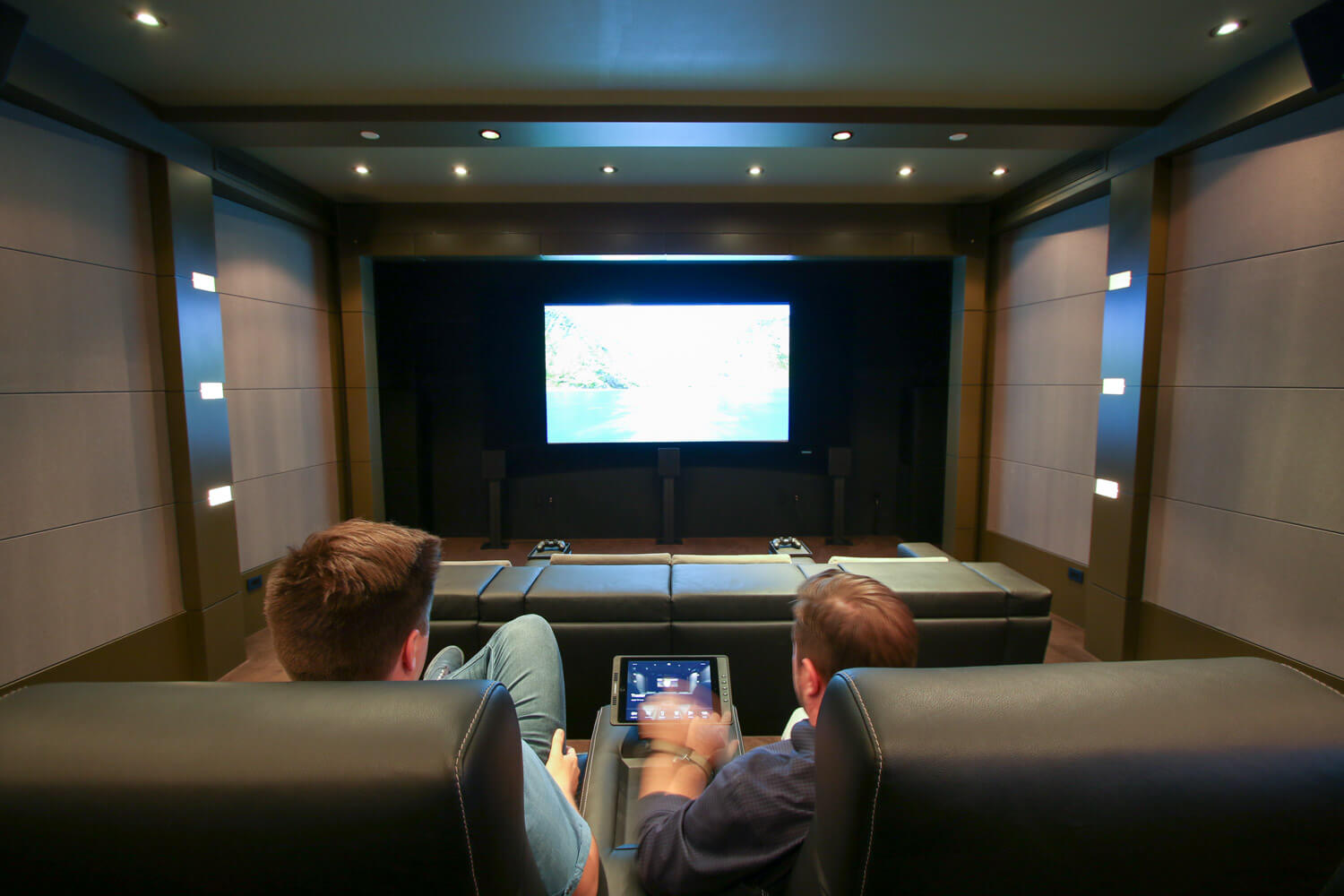 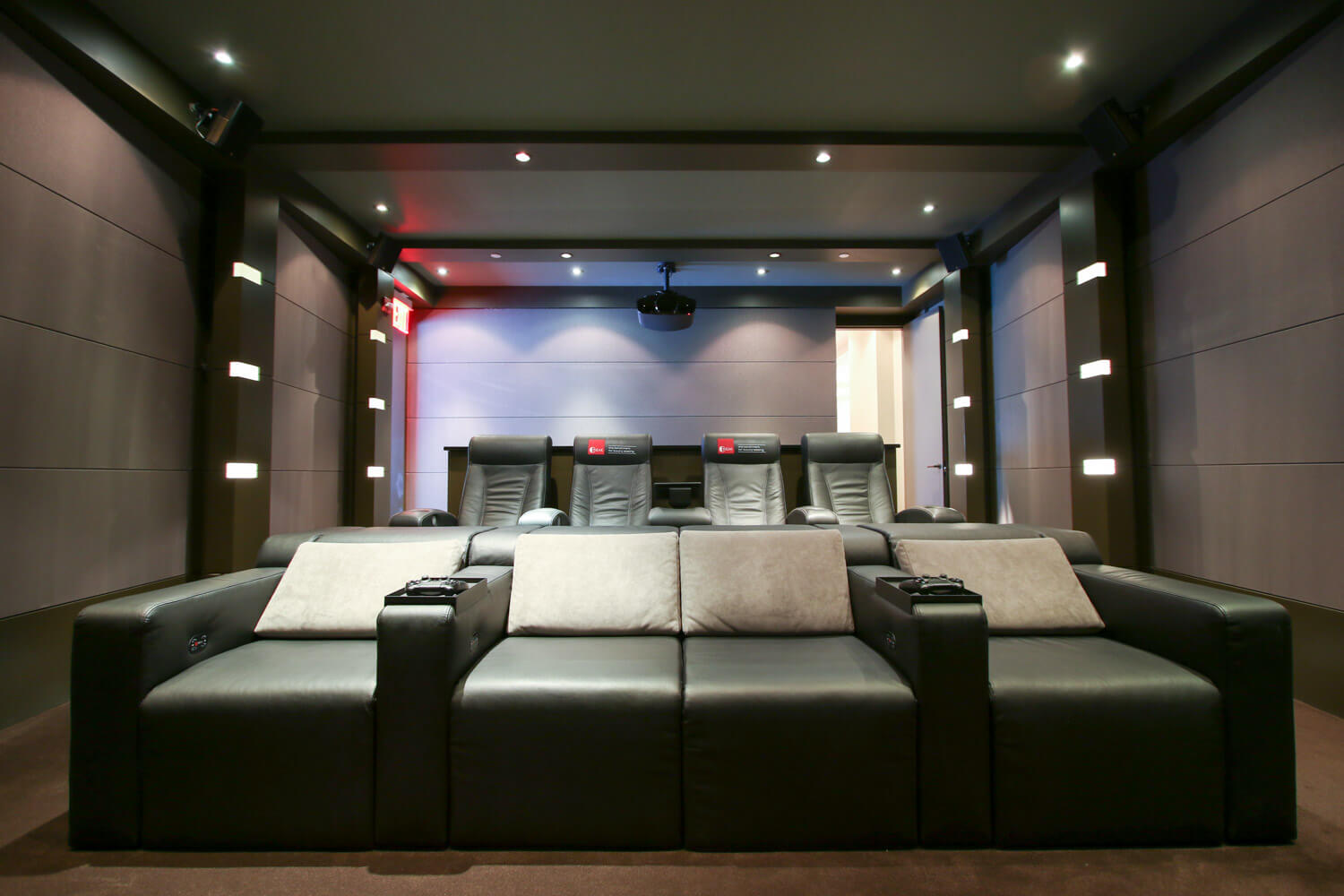