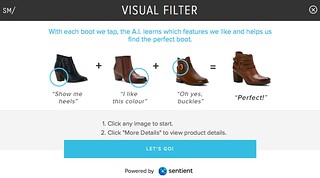 RELATED: SHOES.COM is hiring in Vancouver

“The team has been setting audacious goals from the start,” said CEO Roger Hardy. “And today we’re being recognized for reaching some of these ambitious targets. We take pride in being an agile, hyper growth business and we’re honoured to be recognized amongst some of the largest retailers in North America.”

Merchants are ranked by their Internet Retailer Performance Score, a proprietary scoring system that measures merchants’ success in online retail in comparison to their peers and the overall e-commerce market.

Others who made the list include BuildDirect, Cymax, and Lululemon.