Today Shopify has announced that Kit will be available to its 400,000 merchants for free.

Kit, which Shopify acquired in April 2016, is what Shopify refers to as the “virtual employee.” It is an intelligent chatbot that helps merchants on the ecommerce platform drive sales, manage inventory, fine-tune product shots, bolster marketing efforts, and arrange shipping pickups (in certain cities).

“We really do believe that Kit can do so much for you that this is a big step in leveling the playing field,” says Michael Perry, the founder of Kit.

Kit was originally a $25 add-on for merchants, but Shopify hopes this discount will both clarify the offering while leveraging a third-party ecosystem called Skills.

“You can install skills that developers build like SEO, B2B invoicing, discounting, and so forth,” explains Perry, who runs Kit’s office in San Francisco. 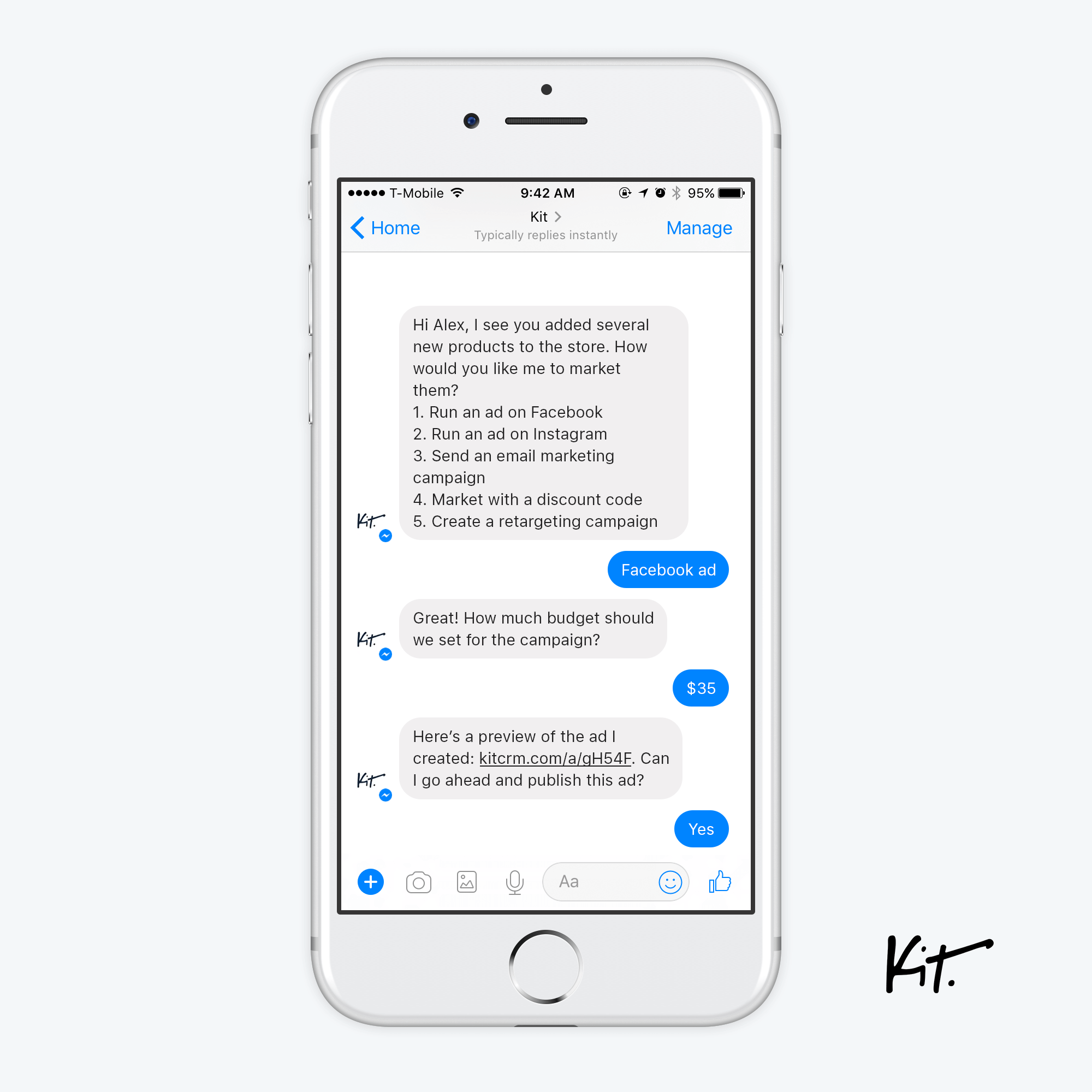 Since the acquisition by Shopify, merchant adoption of Kit has risen 800%. Now that it’s free, one can only expect that figure to rise further. And data suggests that Kit drives up to five times more customers to merchant stores.

Thousand of chatbots have been released over the last year, though few companies have been able to break through the noise with a product that has general relevance but for Perry that is a temporary state.

“We are just in this lull right now, and this happens every time there is a technology shift,” said Perry.

“We are going to go through a time when there are a lot of really bad bots, and bad experiences because people are chasing the trend vs understanding how these things should function  and work but it’s going to get solved. For the first time we are starting to see a product where software works for you versus you using the software to work. That is what the future will look like.”