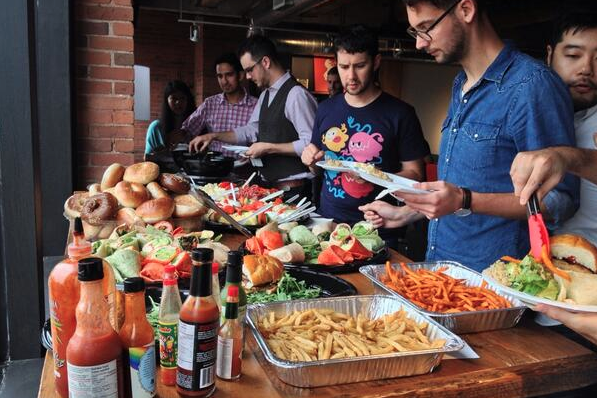 Ottawa-based Shopify has become known as a great place to work, but corporate culture goes beyond a perks and a fancy office, says Brittany Forsyth, its vice-president of human relations.

Shopify is one of the finalists for Employer of the Year in the Canadian Startup Awards.

While the startup has seen big growth, it now employs around 550 people, Forsyth says, “its evolved our culture but never changed it.”

That culture is built around “autonomy, ownership of your domain and getting shit done,” she says.

“The culture really represents the people at Shopify,” Forsyth says.

Corporate culture goes full circle, she says. It helps Shopify ensure that its employees are the “most engaged and highest performing” but it’s also “a tool to attract the right type of people.”

For Forsyth, Shopify employees are “owners of their own careers.”

“We bring people in with the assumption that they come with a vast knowledge in their domain,” Forsyth says. “We bring them in as grownups not children.”

The company also encourages a “culture of constant development,” she says.

“Everyone at Shopify is always trying to make themselves better,” Forsyth says.

The company has a Talent Acceleration program, a team of coaches that help employees work on both personal and professional development. There are other perks too, things like free house cleaning and catered lunches. Those are intended to “take away the noise of the outside environment” and allow people to focus at work, Forsyth says. As well as “show we care.”

There’s also the offices themselves. Shopify has offices in Ottawa, Toronto and Montreal while around 100 employees work remotely.

Shopify has moved its Ottawa headquarters, where the majority of its staff work, several times. The Toronto office has also moved with the company’s growth.

Forsyth says the company has learned from those moves. “People spend most of their time between Monday and Friday in the office and we respect that,” she says.

The Ottawa office is a “mixture of open space and pods and little nooks and crannies,” Forsyth says. “It’s built like a house.” The idea is to create an environment conducive to whatever an employee needs or prefers – whether its quiet space or to have a meeting.

The corporate culture is “really led and lived by example by the leadership team,” she says. “If isn’t just something we write on the wall.”

In fact, she says, it’s not even written on the wall.