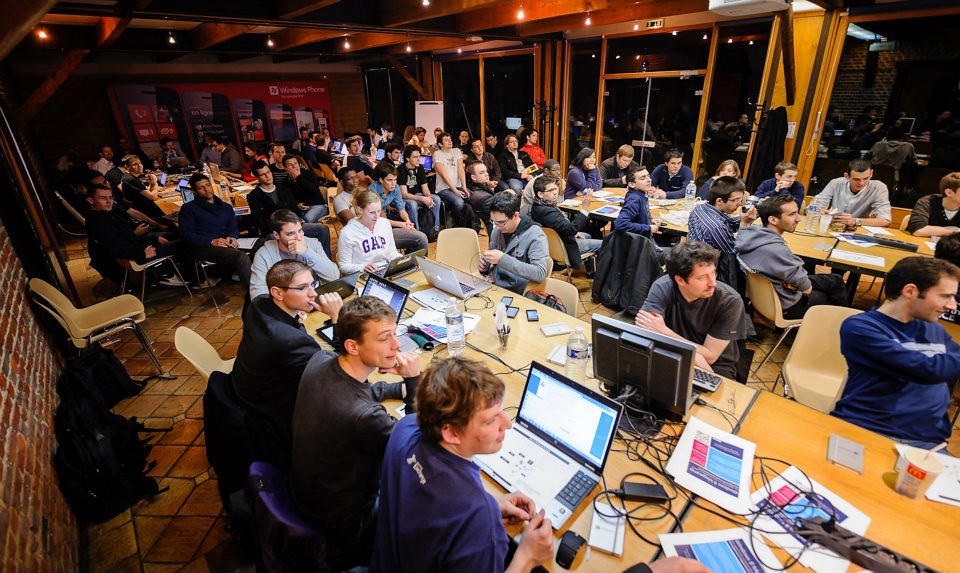 Pedram Keyani, who has organized dozens of hackathons while working at Facebook and Uber, has seen how these fun, energetic events can positively permeate company culture.

On Medium, Keyani shares why he believes companies can benefit from hosting their own internal hackathons. We agree with him—and we know that some successful Canadian firms, such as Shopify, do as well.

“The fact that there is so little time from the start of a hackathon to the prototype forum forces you to start from the opposite mindset. Instead of promising yourself that you’ll work on that idea later when you have time to perfect it, you’re forced to work with your team on building the bare minimum product that can either prove its viability or not.”

“The act of forming small teams and quickly jamming on ideas, designing things together, and working through problems in real time is like jazz, it encourages improvisation and riffing. This frenetic rhythm enables teams to be greater than the sum of their parts and carries over into all other aspects of how they work together.”

“Before a hackathon, a frontend engineer might think ‘Ugh, trying to coordinate with sysops on this project is going to be a pain.’ After a hackathon that same engineer is more likely to think ‘I’m going to reach out to Rachel and see how we can get this done quickly.'”

4. Risk Everything, Win Together

“Hackathons help teach your team that failure is a good thing, that it’s the flip side of innovation. When people work on ideas they are passionate about (vs. their performance is being measured) they’ll often venture into new and interesting spaces.”

“Hackathons push past the hypothetical and force ideas to either fail or thrive. Because hackathons are flat, ad hoc and fluid, they create a safe space for people to build-out and push ideas despite opposing points of view.”

6. Be Playful, Be Curious

“Creating spaces for people to play with ideas and have fun together wakes up that curious part of our brain that was most active when we were children.”