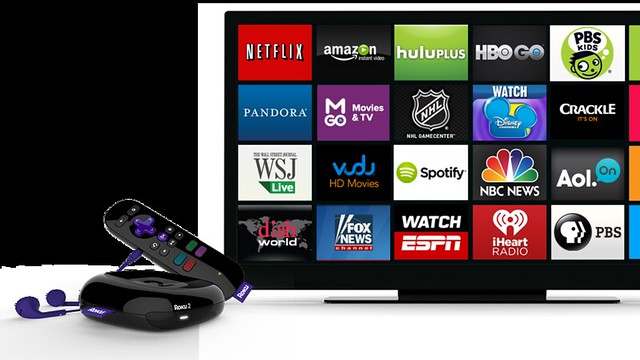 Did we just witness a defining moment in programmatic video?

Last week, a series of seemingly unrelated events came together to paint a picture of the future of programmatic video. It started with streaming video device Roku, which announced the creation of a video ad service that will place ads on Roku-supported channels.

Similar to an online ad network, Roku’s ad exchange will sell “packages of ad space that it promises will reach a specific audience demographic across multiple channels.” The company will tap audience data to help determine the best placements for its advertisers’ campaigns. With regard to the service’s value proposition, Scott Rosenberg, Roku’s VP of business development, has been quoted as saying, “our pitch is scale.”

Days later, marketers got word that photo messaging app Snapchat had deployed a movie trailer promoting the upcoming horror film “Ouija.” The 20-second video was noteworthy because it was the first ad ever to appear on the app, which launched in 2011 and had yet to be monetized. Also worth noting: the ad looked very much like a commercial spot.

Perhaps the biggest video news of the week was HBO’s intention to offer a standalone streaming service in 2015. Consumers who have cut the cable cord will finally be able to access the network’s coveted programming. CBS too is launching an over-the-top subscription service, this one with mobile viewers in mind. Called “All Access,” the digital service includes primetime programming and live streaming content.

During a Time Warner investor meeting, HBO’s chief executive Richard Plepler said the company is targeting those 10 million American homes that don’t subscribe to cable or satellite but do have high-speed Internet. In the case of CBS, consumers will still be served ads through the streaming content despite having to pay a monthly fee.

What do these events have in common? They speak to the growing importance of digital video, and ultimately, the opportune swing toward programmatic TV. As Advertising Age reports, the HBO and CBS news could “lend new momentum to a shift toward measuring audiences digitally…and away from estimates that underpin TV ratings.”

Consider the video ecosystem as it currently stands. Already brands have access to OTT ad buys through Hulu, which says its ads are “up to twice as effective as ads on TV.” Everywhere you look, advertisers are serving videos to users on social sites like Twitter, Facebook, Instagram and Snapchat. Brands can reach consumers in their living rooms through Roku, and can connect with potential customers through mobile phones with the help of CBS. And earlier this year ABC used its 2014-2015 upfront presentation to announce a trial programmatic initiative across its Entertainment, News and Family programming.

Pricewaterhouse Coopers predicts that 33 percent of all ad revenue will be digital by 2018, with video and mobile advertising growing fastest of all. Meanwhile, OTT TV will represent a $10 billion market by 2018. Spending on TV will rise thanks to new technology, but “failure to embrace new audience measurement metrics will see TV lose advertising revenue to other digital media players.”

Each option pulls in different aspects of the programmatic marketing we already know, with private exchange putting the onus on publishers to create a programmatic marketplace, for example, and programmatic direct merging fixed inventory with an automated buy. The common denominator is a focus on strategy, but buying flexibility plays a part as well.

This isn’t to say there won’t be hurdles ahead. Marketers want automation – to apply the existing data-based, digital auction model to TV. But programmatic TV doesn’t operate with cookies, which means marketers can’t target in real time. Until broadcasters and multiple-system operators like Comcast and Time Warner Cable release their content, access to inventory will be limited. Data measurement will need to be improved, and established workflows revised. Programmatic TV may be faster than a traditional TV buy, but it’s slower than a digital one. That will require patience, and a change to the way brands think about buying ads.

These recent events have pushed us further toward a future in which video inventory and automated media buying go hand in hand. They’re generating more digital marketing platforms, more cross-channel touchpoints for engagement and more audience data that brands can use to better target ads.

Digital marketers have long been looking for ways to bridge the gap between TV and the Web. Tools like Twitter’s TV ad targeting product have been offered up to help. It’s possible, though, that the long-term solution lies not in capitalizing on existing viewing habits, but in supporting new ones better suited to the modern mobile, on-demand lifestyle. Couple this way of viewing video content with an audience-centric programmatic ad model, and the Internet and TV might finally be a perfect match.