Internet penetration increased by 10% in the last 12 months to hit 3.773 billion, or 50% of the world’s population, according to Digital in 2017, a report of social media and digital trends around the world.

The report, from social media management platform Hootsuite and agency We Are Social, examined data from 238 countries. it found global social media use has increased by 21% in the last 12 months, reaching 2.8 billion users. 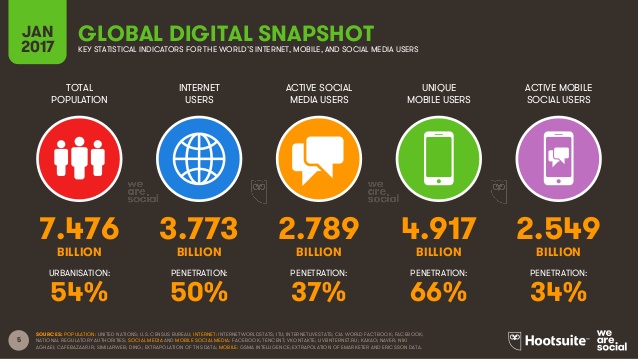 Mobile social media use has increased by 30% year-over-year to surpass 2.5 billion users globally, with 91% of social media users accessing social from mobile, according to the 6th annual report.

The United States alone contributed 22 million (25%) of the 88 million new social media users across the region in the past year.

“One of the greatest opportunities of a digitally connected world is the ability to have immediate conversations, wherever and whenever customers want,” said Penny Wilson, CMO, Hootsuite. 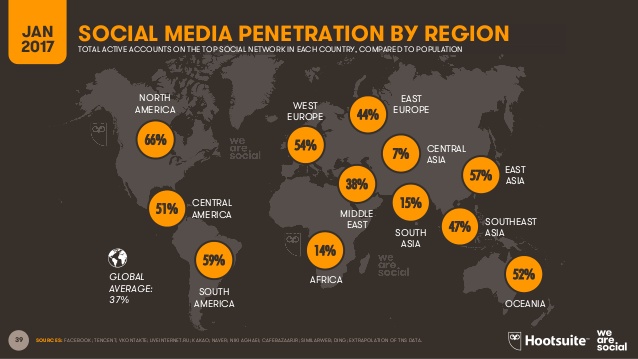 “Half of the world’s population is now online, which is a testament to the speed with which digital connectivity is helping to improve people’s lives,” said Simon Kemp, We Are Social.