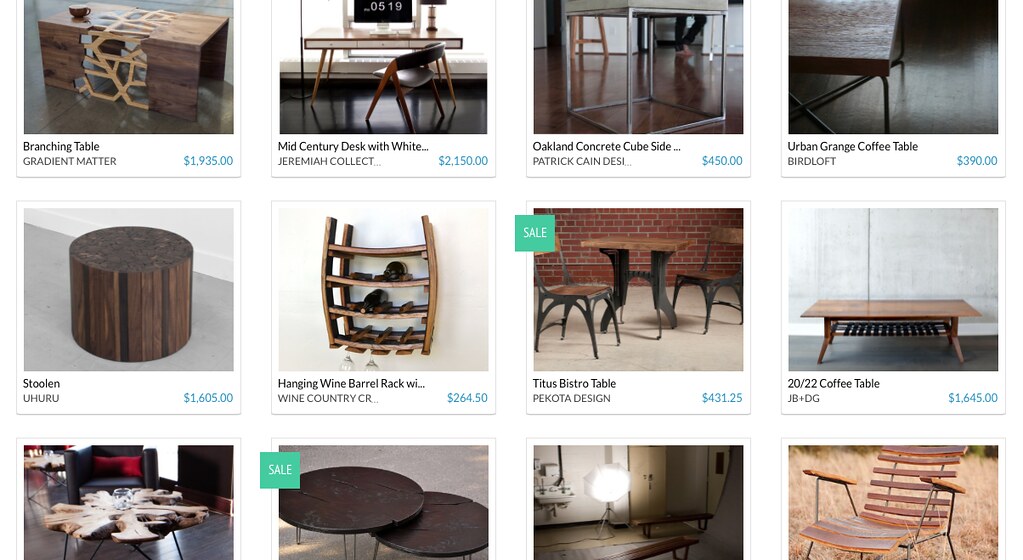 It took a trip to Northern Africa for Scott Miller to notice some local artisans closer to home.

While travelling around Egypt and Morocco last summer, Miller says he “got into local markets,” while “trying not to live like a tourists.” Impressed with the handmade, artisanal products he saw while travelling, he decided to look for the same sort of thing after returning home to Toronto.

As he researched local artisans, he says, “I realized that there’s a heck of a lot more of them than I realized.” Now he’s trying to sell those goods through his e-commerce site Sonder Mill, focusing on furniture, home decor and lighting – all handmade and from North America.

While focusing on hand-made artisanal goods draws the obvious comparison to Etsy, Miller is quick to point out some big differences.

“One thing right off the top is that it’s not an open source site,” says Miller. “We’re working with a curated group.”

Miller says a lot of research has gone in to picking the artisans and makers whose products he sells on the site.

That’s not the only difference between Sonder Mill and other e-commerce sites. Miller says he’s not going for volume, instead focusing on quality.

“Especially with furniture,” he says. “It’s a lot different from buying small arts and crafts.”

It’s a space where he thinks he can carve out a niche. In fact, he says of the 150 makers he’s signed up for the site, around half aren’t selling online yet. While most have an online presence, with websites or Instagram accounts, their actual sales are happening in small stores and workshops.

Miller says that means there’s room for growth, “because what industry has 50 per cent not selling online?”

He says many of the artisans have avoided other e-commerce platforms because they’re worried about protecting their brands, wanting to be sure their work is being sold beside other quality items. To win them over, Miller says he’s been travelling across the continent, meeting the makers in person.

Not only does that add a “personal touch to it,” it takes some of the risk out of buying a high-ticket item online. While it’s “not something you care about when buying a t-shirt,” when customers are buying a sofa or coffee table priced at over $1,000 knowing there’s quality control is a much more important factor.

But Miller isn’t just focused online.Hhe says he wants to pursue an “omni-channel strategy,” with pop-up shops and other physical presences to act as a showroom and bring in new artisans.

“If you’re buying a $3,000 table online,” he says many customers will want to see it in person first.

A recent launch in Toronto drew over 300 people, he says.

Even with the off-line presence, Miller isn’t holding inventory. All of the products he sells are shipped directly from the artisans’ workshop and many are made-to-order.