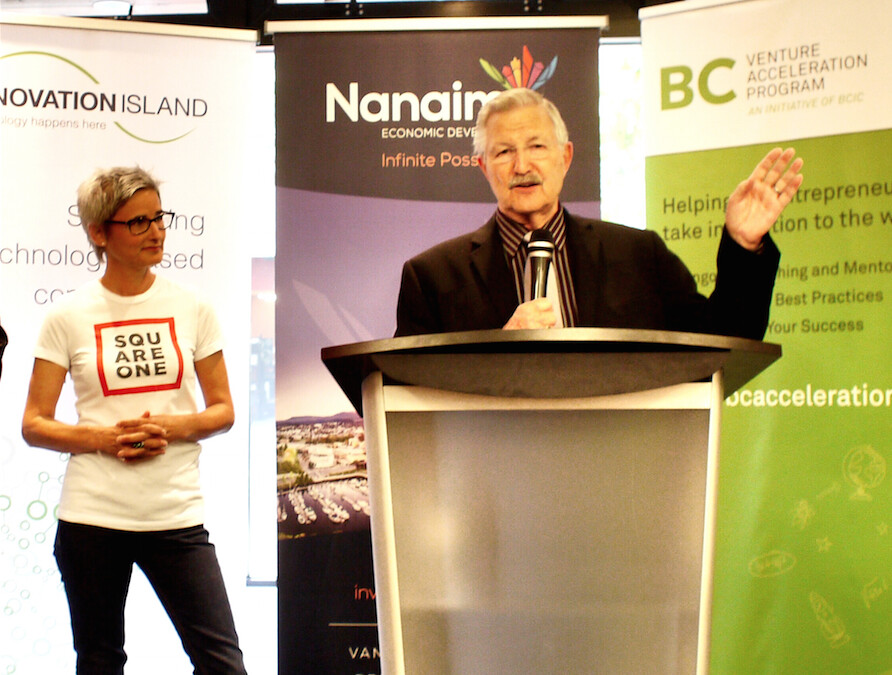 The big news at the second Summer Tech Party was the launch of the SquareOne tech incubator and co-working space in Nanaimo’s downtown.

A recent study shows tech is already contributing $200 million to the region’s economy. Square One is expected to boost that impact.

“Every job represents a household buying goods and services in our community,” he says.

For the downtown area it means direct economic stimulation for neighbouring businesses.

“It makes perfect sense for us to be involved in this project,” he believes.

Who else was at the Square One launch? Conan Reis, cofounder of SkookumScript, was buoyant over a recent announcement regarding Epic’s game industry-leading Unreal Engine 4. Reis estimates the Epic changes will mean doubling or quadrupling of SkookumScript staffing on the Island before the end of the year.

Jim Plant of Recce Robotics International (Victoria) has been involved with Nanaimo’s Inuktun since before 9/11. That’s when Recce and Inuktun robots were used for search and rescue missions after the attacks. Recce plans to open up manufacturing in the Nanaimo region.

Jared Shaw is getting QB Digital Media Studio up and running in Qualicum. The Town, inspired by the “Boulder Effect,” did its research and is focused on attracting young technologists and startups as part of it’s economic development strategy.

Tom Keenoy is a partner at Medium Rare Interactive (Courtenay, New York, Austin). He moved to the Comox Valley from New York, and his company is currently working on a hush-hush project related to internet security.