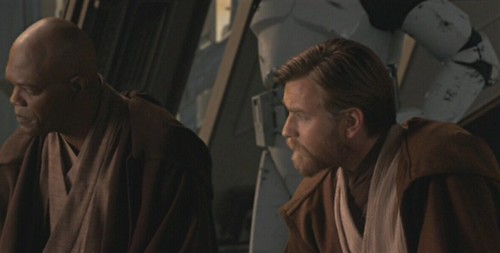 We all know the story of the Star Wars space opera: an epic battle of good and evil involving knights, princesses, dark forces, an amazing range of aliens, and one of the most famous twists in film history.

While these events may have taken place “a long time ago in a galaxy far, far away,” I believe Jedi guiding principles are still relevant to the challenges that CIOs and IT Directors in midmarket firms face today.

In tribute to the six episodes we’ve already seen, and in preparation for the seventh, The Force Awakens, here are my five Jedi lessons:

1. Feel the power of the Force.

Throughout the films, the battle of good and evil wages with the ultimate goal of defeating the Empire and restoring order to the Galaxy. It is this that gives the whole series a purpose. By the end of Episode Six, plot twists and characters that seemed arbitrary in earlier films suddenly fit into the bigger picture.

I’d argue the same is true in business. Killing Jabba the Hutt is reckless, unless Luke’s victory serves a greater purpose (which, of course, it does). Similarly, investing time and energy on small integration projects, isolated upgrades and one-off deployments will only deliver limited results. The bigger picture is essential.

Like Luke’s battles on the way to killing the Emperor, every project you undertake should help to attain the company’s overall business goals. Anything else is just distraction.

2. Progress one challenge at a time.

Finding Obi-Wan Kenobi, destroying the Death Star, leading the attack to rescue Han Solo, learning who his father is – the list of milestones Luke passes in his quest to destroy the Empire is long but key to his success.

Milestones in IT projects are equally important. Mapping them out in advance helps us identify the key players we need to bring into a project at particular times to ensure success. They offer the opportunity to evaluate and course-correct as the project evolves: we learn lessons and apply them on the next stage of the journey, just like Luke.

The powers of the Sith (here I include the Emperor and Darth Vader) are so great they force both Anakin and then Luke to learn quickly. They also make unlikely characters band together, like Han Solo and Leia, or Lando Calrissian and Luke. Then, when the Empire is finally defeated, they all need to adapt to a different way of life, re-establishing an ordered and fair Federation. What better analogy can there be for the role of the constantly evolving IT department?

What’s more, in a continually changing environment, the vision of an experienced leader – like Yoda – becomes even more important.

It’s the role of the CIO or IT Director to empower their team, giving them the freedom to experiment with new technology and processes and allowing them to adapt to changing market imperatives, rather than working to strict rules and processes.

Mentorship is one of the strongest themes of the Star Wars films. From Qui-Gon and Obi-Wan Kenobi, through Obi-Wan and Anakin, to Yoda and Luke, Jedi knights with more experience not only see it as their duty to develop the next generation, they positively relish it. Even the baddies are on to it: Darth Sidious tutors both Darth Maul and Anakin.

Both Jedi and Sith understand the importance of mentoring and the benefit for both mentor and mentee – if you remember Anakin saves Obi Wan Kenobi’s life and vice versa on several occasions – and so should today’s CIOs. There is plenty of evidence available documenting the benefits of mentoring to indviduals and organisations and plenty of advice on how to be a good mentor too. (In case you’ve forgotten, a Padawan is a Jedi apprentice).

5. Negotiate before you get your lightsaber out.

Throughout the Six Episodes of Star Wars, Jedi knights are constantly negotiating. For example, in the Phantom Menace Qui-Gon, who needs to get his ship repaired so he can leave Tatooine, barters with the dealer Watto to reach a deal as he has no cash.

Being a complete pushover won’t help your department but equally laying down the law, with no room for flexibility, won’t earn you any favours either. Learning to negotiate successfully and understanding what your “red-lines” are, is key to your success in this role and the success of your team as a whole.