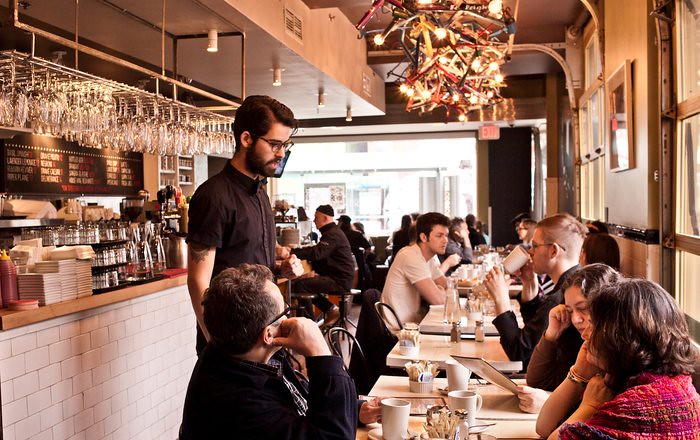 Each morning when I wake up, I head to one of two coffee shops: The Drake Hotel Café in Toronto or Sightglass Coffee in San Francisco.

From there, I almost always do the same thing once I get my coffee: summon an Uber. The car that rolls up within minutes is driven by a person who may or may not be a professional driver, but the ride is safe, clean, and only slightly more expensive than my coffee and bagel, every single time.

When I heard that the City of Toronto is trying to make my morning routine illegal, I was struck with a feeling of profound frustration. The City of Toronto, a sensible government that often does the right thing, has announced a bizarre but seemingly well-intentioned plan that ends up being disastrous for the very people it intends to serve.

San Francisco is a beautiful city with some serious problems. Rising rent, homelessness and theft happen at rates that would shock many Canadians. However, one place San Francisco is exploding right now is jobs. New jobs are being created every single day, and companies in San Francisco can’t even find enough qualified people to fill them. That’s right, there are more companies offering salaries north of $100,000 than there are people to fill them. Most of my friends and acquaintances in San Francisco work at companies with unlimited paid time off, full benefits packages, and six figure salaries. Simply put, San Francisco is leading the United States’ economic recovery, and is the centre of the universe for young people wishing to experiment with new business models and try their hand at the startup game.

The startup scene in Toronto is growing at a reasonable speed, but it still has a long way to go. The number one thing hindering its performance is not a lack of talent, not by a long shot. The holdup is Canadian investors and their risk aversion.

If you try to get investment for a consumer app in Toronto (versus something like, say, an enterprise app for hospitals and banks) it is an uphill battle in a climate where the appetite for risk is low. Compare this to a city like San Francisco, where the investors are looking for energetic young people building new things all the time.

The result is that San Francisco ends up being the testing ground for a lot of new apps. Every new app, really. The weird thing is, when these companies are looking for new markets to conquer, Toronto is routinely overlooked and they seek out second-tier American cities, sometimes a dozen small cities before ever coming to Toronto, despite our dramatically higher population. The result is that we don’t get to try out new technology that could improve our lives until years down the road, or sometimes ever.

Of the San Francisco-based consumer apps that have launched in Toronto in the last few years, Uber is the most revolutionary, hands down. Using Uber daily is cheaper than owning a car, a car that would contribute to congestion, and sit idle for 96% of the time. Uber has been lauded by Mothers Against Drunk Driving for reducing DUI. Its convenience is unparalleled, giving the consumer a powerful weapon in their transportation choices. I still ride the Queen streetcar five or six times a week, but I love that I can actually spend less money by splitting an Uber with my friends, and get door to door service in the winter cold. Why would the City want to eliminate this option that takes cars off the road when we all agree Toronto is facing a transportation crisis?

SEE ALSO: Vancouver Remains the Only City Uber has Ever Had to Back Away From

If we are trying to create high-tech jobs in Canada, why would we want to chill this burgeoning industry and generator of jobs, just to protect the embedded interests of the taxi industry? What has the taxi industry ever done for us? Uber drivers are always willing to tell you how they like driving for Uber, and they universally tell me they like it or love it. Driving for Uber adds flexibility to their lives, makes them their own bosses, and half of them tell me they are former (or current) taxi drivers, but are much happier driving for Uber.

Personally, I want these jobs to come to Canada. I want people to say, “The Toronto startup scene is exploding.” I want the city to continue to grow as a global destination for the most talented people in the world.

However, this battle of the City vs. Uber is a microcosm for the success of the Canadian startup scene as a whole. If we reward a company that is literally revolutionizing transportation by shutting them down, what does that say about our innovation climate? Make the right decision, Toronto, and write to your councillor, urging them to support jobs and innovation – or let the taxi industry choose our mediocre future.