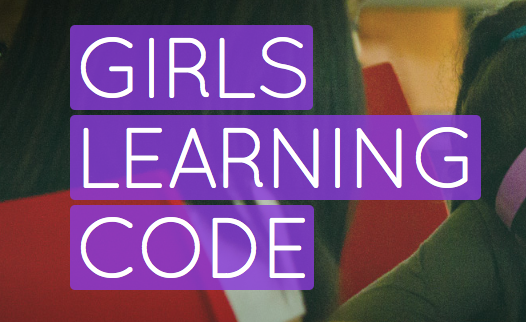 Technology today is a wildly disruptive sector where employment is strong even in uncertain economies and small companies are pushing societies forward—and some are even changing the world.

Largely absent in this boom time for tech, however, is an entire gender. Since the beginning, women have been underrepresented in tech. Minor progress has been made in some areas, but over the last two decades it’s difficult to argue that efforts have been successful.

The popular belief today is that we need to start younger: students, especially girls, need to be taught coding in elementary schools. Girls need to be taught during their formative years that a feeling of belonging in tech comes naturally to their generation.

RELATED: How Coding Schools May Finally Buck the Trend of No Women in Tech

While at least half of all university entrants are women, only 20% of women graduate with STEM qualifications. Clearly, starting at the adult stage is too late to trigger a meaningful, permanent shift.

Leading this charge in Canada is Girls Learning Code, a youth-focused offshoot of Ladies Learning Code. Since 2012, there have been 29 events, with at least a dozen more planned for this year. GLC teaches girls as young as six years old about coding, but the organization insists it’s less about code “and more about changing the world through teamwork, creativity, and technology.”

When Techvibes Montreal correspondent Roger Huang attended a GLC session in May, he was inspired by the bright passion of the young girls and the technology they were building. “Girls Learning Code could not be described as anything less than a resounding success—and a model for how to get more young girls interested in joining the startup community,” he wrote.

With more than 500 participants so far, the growing series of camps at workshops is designed “to help girls see technology in a whole new light.” The not-for-profit GLC is setting the stage for the next generation of techies to be filled with smart, eager women who have a passion for tech in their DNA.

SEE ALSO: Addressing the Shortage of Women in STEM Jobs

Fortunately, Girls Learning Code isn’t alone. While GLC is mostly based in Toronto, Be Like Ada is a bootcamp for teenage girls that teaches them how to code on the other side of the country in Vancouver. And later this year GLC plans to expand to 15 cities across Canada, as well as providing online classes.

In fact, this desired sea change also reaches far beyond our national borders: tech giants in the US, including Verizon and Google, are making waves by encouraging the same philosophies behind Girls Learning Code.

There’s still a lot of work to be done and a lot of time to pass before we will see real change come into effect. But organizations like Girls Learning Code are doing more to help Canada’s communities, economy, and future than we give them credit for. The trickle-down benefits of a gender-diverse tech sector would be tremendous—and it could all start with teaching a little girl how to code.

TELUS truly cares about the communities where we live, work and play. Putting customers first is our top priority and guides everything we do, from our Give Where We Live philosophy to our Customers First days. See how TELUS gave loyal customer, Ramona, a big surprise to thank her for being such a great customer for almost 20 years.