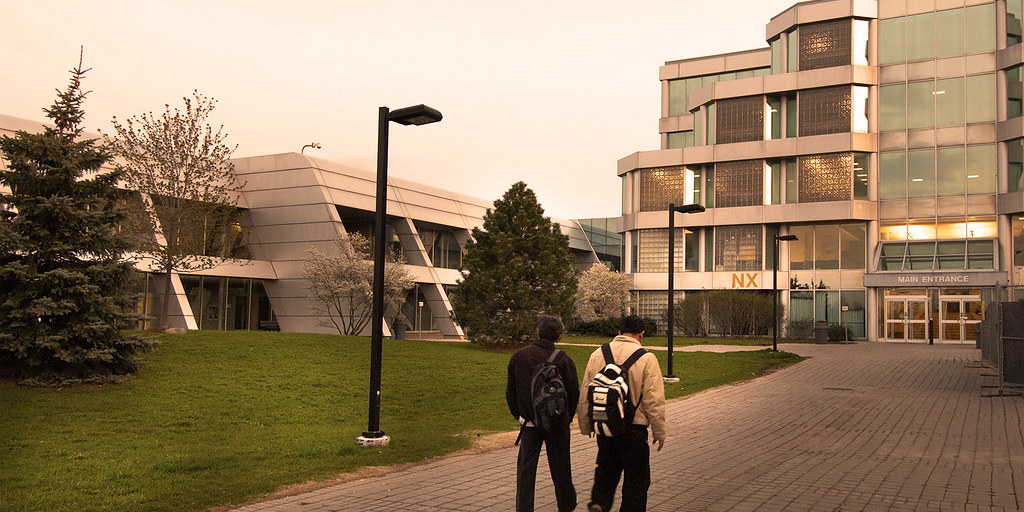 Toronto’s Rexdale neighbourhood doesn’t have a lot of opportunities for young people.

It’s one of the poorest areas in the city, schools don’t have the money to offer extracurricular or after-school programs. For young people, there’s little to do and few job opportunities nearby.

Now, a new program called Techsdale wants to change that by teaching young people to code.

“Our goal is to teach kids in our community game design, web design, app design and development to equip them with skills to build stuff they’re actually interested in and stuff they could get jobs doing,” says Sam Allemang, the program’s co-founder. It’s “in a part of the city that’s been hit by the loss of manufacturing industry and which lacks youth recreational programs, so we’re trying to fill several gaps here at once.”

Last fall, Techsdale ran a three-month pilot project for its first course, in conjunction with a nearby community college, focused on game development.

A second program is in the works for the summer, with a branch of the Toronto Library, but Allemang and his co-founder Andray Domise want to take it further than that.

They’re running an ongoing crowdfunding campaign to raise money that will help them run more programs and eventually expand Techsdale to other parts of the city.

“We want to offer programs and we can’t count on volunteers being willing to teach three months at a time,” says Allemang.

He says he wants to bring in teachers who work in the field and who can help participants expand their own networks.

“It’s not realistic to be able to find somebody who is willing to do that for several months for free, and not only is it unrealistic but it’s important for us to pay people for their work,” he says.

While the program has applied for grants, Allemang says he isn’t depending on anything.

“We’re not content sitting around until some huge cheque is delivered to us, it’s important for us to be delivering programs as soon as possible,” says Allemang, “For me, it’s really important to earn it, to do the best we can with what we’ve got.”

So far the reaction from young people has been good.

“Trying to get 15 to 20 kids into a games program is probably the easiest part of this,” he says.

If the Techsdale program is successful, it won’t just help participants enter the tech industry, it could also help change the industry itself.

“Our job is going to be to spam the sector with diverse talent,” Allemang says.

For him, though, most important part is seeing what the participants create when they’re given the chance.

He says he wants to “see new stories, see new characters, see new perspectives on things and challenge the gaming sector to broaden its horizons, be more ambitious in terms of the nuance in the stories it can tell and the respect for different perspectives it’s able to include.”