Tesla shares surged this week to a new high following a record number of first-quarter deliveries. The company’s share price flirted with $295, above a 2014 high of $291.

The share jump came after Tesla announced that it had delivered more than 25,000 vehicles in a single quarter, up nearly 70% from the quarter a year prior. It was a new record for Tesla, beating expectations of approximately 23,000 cars. 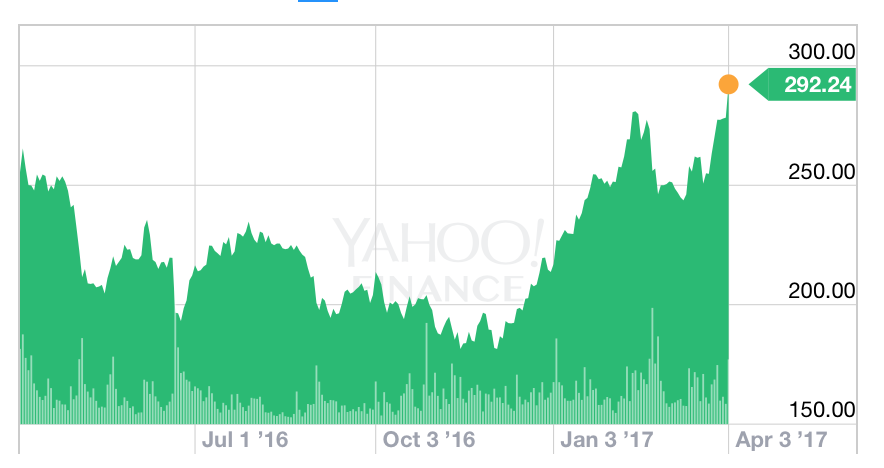 At almost $300 per share, Tesla’s market valuation is more than $47 billion, which places it ahead of Ford and near General Motors, despite selling just a small fraction of the amount of motor vehicles that the traditional automakers do.

A little over half of the cars Tesla shipped were the Model S. Around 11,500 were Model X. The company anticipates its upcoming car, the more affordable Model 3, will cement Tesla as a mainstream automaker.