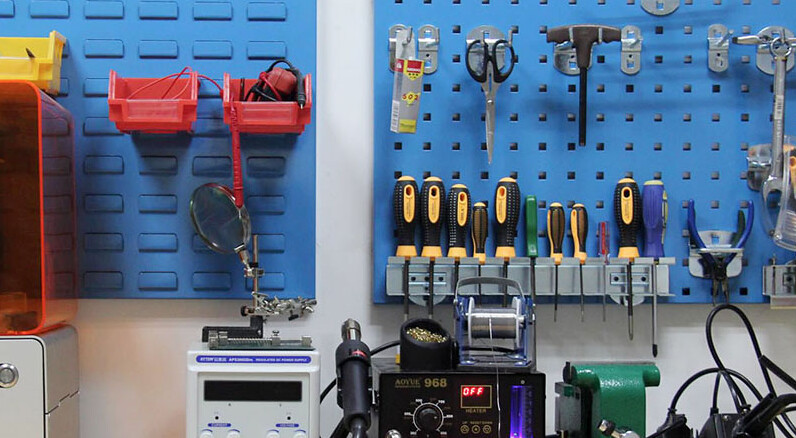 But in the past few years, hardware has seen a bit of a comeback: To circumvent the lack of venture capital funding, crowdfunding has become key for would-be startups to test their products for public interest before actually pursuing it, to great success—the most successful Kickstarter campaign ever is the Pebble Time. Maker Faire Toronto has been hosting family-friendly events for the past few years, while companies from the Maker Movement got their own space at Dx3 this year.

Clearly, there is an interest both from entrepreneurs and the public for tangible tech.

Because it takes so many different skill sets to make hardware, there are challenges that entrepreneurs may not expect to come across when starting their first prototypes.

“You can have one developer in a room making a software product, but with hardware oftentimes you require someone with electrical experience, someone with design, someone with graphic design, someone with mechanical,” says Katherine Hague, VP of PCH International’s The Blueprint, an online resource for hardware startups. “And even once you get to your first prototype, you need someone who understands the supply chain and manufacturing that actually gets the product produced.”

While she agrees that crowdfunding is a great method for testing out an idea, Hague warns that many entrepreneurs make the mistake on relying on the funding to get them further than is realistic.

“I think a lot of traps that people fall into is that they think that the money raised from Kickstarter is enough to both sustain their company and do their first production when oftentimes, all the money is going to do is pay for your first shipment while you find alternate sources of funding.”

She also cautions founders from launching crowdfunding campaigns too early, before final pricing points have been established and there is not yet a manufacturing partner, lest they risk shipping to customers later than expected. Instead, Hague says the best hardware companies see crowdfunding as a marketing tool.

All is not doom and gloom for hardware startups, of course; Hague believes the only “missing link” for hardware entrepreneurs to really grow is that there is a lack of awareness of resources available to them, which she hopes will change.

“There’s no real central place that can show you all of these different things available, so we need better ways of showing people everything that’s available in total rather than needing to ask,” she says.

Hardware at the startup level has really only taken off in the last few years, but as products like Vanhawks Valour and the Oculus Rift make huge waves in public discussion, Hague knows the potential in the hardware industry. “I think it’s just going back to our roots. We love things that we can hold that make up the world around us, ” Hague says. “Now all of them can become smart products. There’s nothing more attractive about physical things that we interact with every day.” 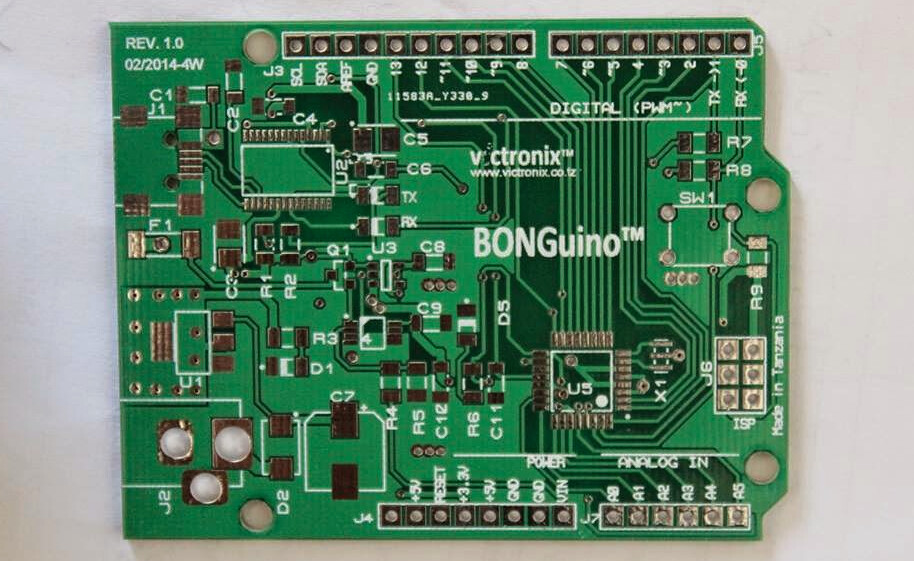 At Tech In Motion’s meetup in March, the group hosted a panel on a very hot topic these days: what it takes to make it as a hardware startup. Writing on the Meetup page for “Building A Connected Company: A Panel,” the group said that the “Internet of Things market [is] expected to grow $5 trillion over the next six years, [and] the opportunities to build and grow a successful hardware company are growing exponentially.”

At the MaRs Discovery District in Toronto, over 300 people to a panel of hardware tech experts, which included Alroy Almeida, co-founder and business lead at Voltera; Joel Yatscoff, a product designer at Cortex Design who works with clients to turn ideas into market-ready products; Zak Homuth, CEO and founder of Upverter; and Kevin Downing, VP of business at MMB networks, a Zigbee hardware and software provider.

The panelists addressed common questions about starting a hardware venture, from the idea stages to making your final product. It’s no secret that hardware startups require an incredible diverse range of skills, and Homuth says that, based on the data available to his company, 70 per cent of hardware startups can’t make their own product – a paradigm that shouldn’t be the norm.

“They don’t have engineers, they don’t have understand electronics and they don’t even know what firmware means,” says Homuth. “We’re at that stage in hardware where people think they’re going to make a device, they can outsource it and after six months, they’ll have a product. It’s just not true.”

Understanding whether your product is viable enough for the market is also key to success – and also key to saving yourself a major headache.

“As soon as possible, engage with professionals who can help you at the next step,” Yatscoff says. He says that they get entrepreneurs at their office on an almost-weekly basis that believe they have the next best thing, when it actually isn’t. This can leave entrepreneurs stuck in a position that they can’t get out of. “Perhaps they thought they had a good idea and they spent up to $15,000 on lawyers and patent applications before contacting a design company to actually execute it, and when we get the project we’re constrained by having to design something with very fixed boundaries.”

Downing echoed the sentiment of understanding your needs as early as possible, including for your team.

“You don’t need a business person on your team but you would need someone with business savvy. Someone who can validate the idea that this idea is worth investing in,” Downing says. “Hardware is expensive. You have a lot of personal costs that you don’t necessarily have in software, so validate your idea as frequently as you can.”

Once you’ve validated your idea, Almeida highlighted that it’s important not to lose sight of the fact that you need to keep moving. It was for this reason that his team applied to HAXLR8R, a hardware accelerator that takes hardware startups and sends them to Shenzhen, China for 111 days, where they learn more about manufacturing in the business. After being in chemical research in development and having reservations about launching, Almeida said they needed something to push them.

“The number one reason we went is because we needed a hammer. When you’re doing anything that’s material science, it takes as long as it will take and you can’t speed it up,” he says. “But we figured we were on the right track and we needed to keep moving faster.”

Overall, the panelists seemed to agree that there while there were general rules that could be applied to any startup, there is no one right way to succeed. Homuth, based on his experience, debunked the myth that all hardware products should be completely ready by launch.

“I don’t know of any hardware startup that had a working product when we launched it,” he says. “We’ve launched maybe five or six times. Launch early and launch often.”