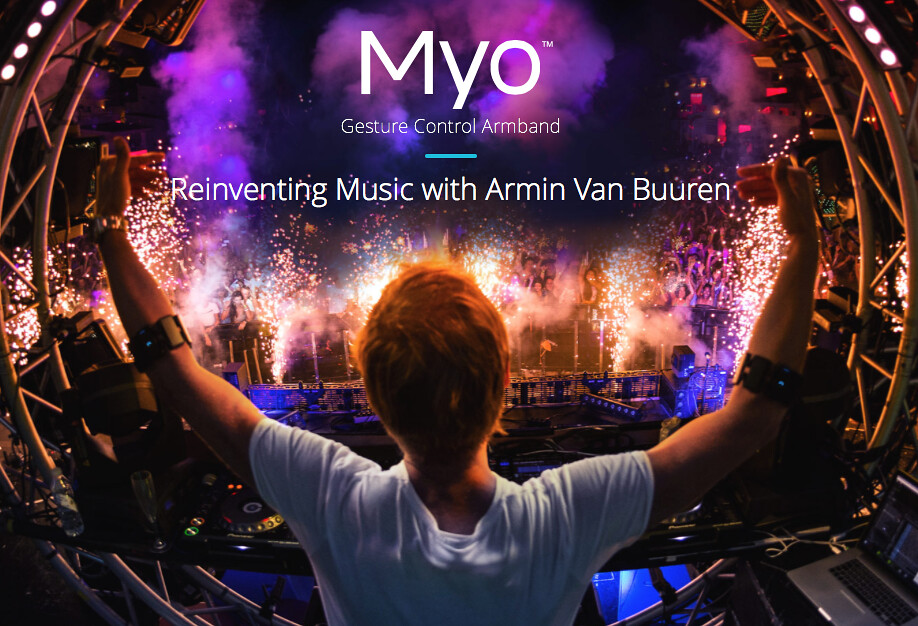 Thalmic Labs, the technology company behind the Myo armband, is working with DJ Armin Van Buuren and his production company, Haute Technique, to bring touch-free gesture and motion control to live performances.

The Waterloo company’s technology elevates Armin’s shows by untethering him from his laptop and putting him closer to his fans, controlling lights and stage effects touch-free, according to Thalmic.

Haute Technique built a custom integration with the Myo armband for Armin’s performances, giving him control of his audience’s experience in real time and making him the first performer to use the Myo armband live on stage.

“It is amazing to see our technology on the arm of one of the top DJs in the world, helping Armin deliver an amazing performance,” said Stephen Lake, CEO of Thalmic Labs. “The Myo armband is an exciting new way to control digital technology, whether it’s on stage in front of 10,000 fans or at home on the couch.”

“I love to involve new ideas into my show,” says Armin Van Buuren. “Crowd interaction is absolutely key to me and the Myo gesture control armband helps me with this. It creates a unique experience for the audience and it feels like I’m even closer to them.”

Thalmic was named by PwC this month as Innovator of the Year.