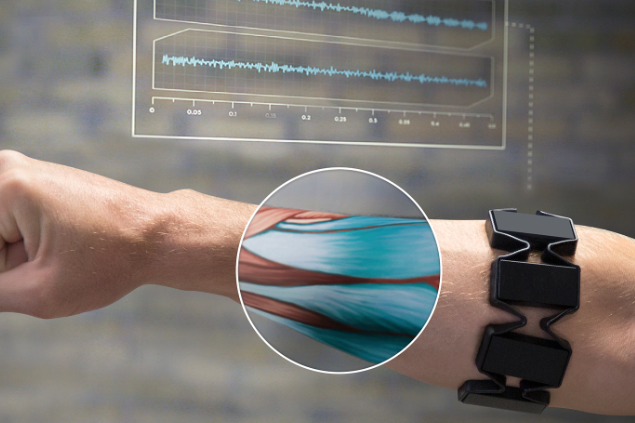 Thalmic Labs today annonced the integration of its flagship product, the Myo armband, with smartglasses, including Google Glass, Epson Moverio, and Recon Jet.

The Myo armband enables workers to interact with smartglasses using hand and finger gestures while on the go. Using the Myo armband, users can eliminate remote controls, buttons, and voice controls “that slow down access to information and multiple-step processes to enter or retrieve data,” according to the Canadian company.

“Smartglasses remove barriers to accessing the information and communications needed to effectively and efficiently perform the job at hand. Now, the Myo armband frees up your hands to unlock the full value of smartglasses,” said Stephen Lake, CEO of Thalmic Labs.

“The Myo armband uses subtle hand gestures to instantly interact with applications on smartglasses, without needing to remove gloves or pull out a secondary controller.”

Myo Developer Kits began shipping in July and the Myo armband is shipping this fall. It is currently available for pre-order for $149.

In June 2013, the Y Combinator-graduate announced a $14.5 round of Series A funding led by Spark Capital and Intel Capital.