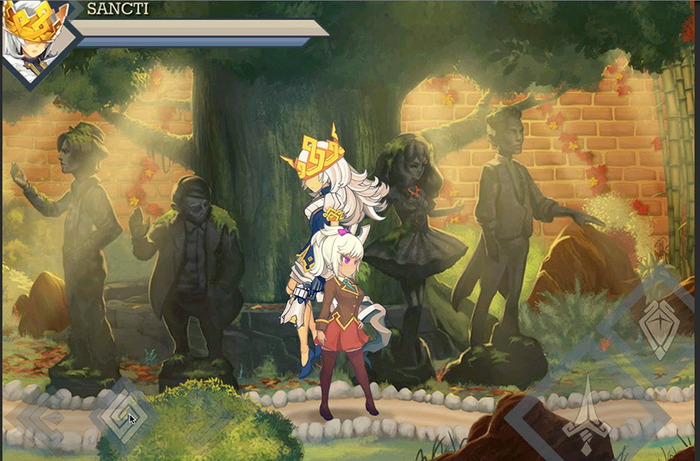 Crowdfunding has become one of the most popular ways for new startups, particularly tech startups, to gain direct funding for new projects.

The most used crowdfunding service, by far, is Kickstarter. And despite its American roots Kickstarter has become a place where many Canadian tech startups have gone to look for funding and gain buzz for a new product that their launching. Something, as the legendary Pebble campaign can attest to, is a very viable way to enter the market with a cannonball-sized splash.

Below is a list of five Canadian Kickstarter projects that are currently funding and look to be among the most interesting and exciting.

The Alpha is a heart rate monitor from MIO that wears like a wristwatch, is accurate up to speeds of 20 km/h and promises to be the “Holy Grail of Heart Rate.”

The device comes with a slew of neat features for both serious athletes and the everyday person just looking to get in shape including an indicator that lets you know if your heart rate is too slow, too fast or exactly in the zone. Accurate stat tracking from the device will also let you know how you did in your previous run/bike ride and, of course, the ability to tell you the time.

Alpha is one of the most popular Canadian projects on Kickstarter right now and has already reached its funding goal with little difficulty.

In case you find Canadian news, and the various media outlets that report on it, to be bland and without the pop that American and international news sometimes has then you might want to consider giving Ballast a look.

Ballast promises to provide “quality articles and videos [from] around the web while also producing original essays” in the same vein that the Gawker media network goes about its business. The key exception here is that that they’ll be doing it from a distinctly Canadian perspective.

So, if you’re looking to an alternative, perhaps, younger worldview on Canadian issues to what Maclean’s can offer, you may want to consider donating to this project that has, so far, barely got off the ground funding-wise. 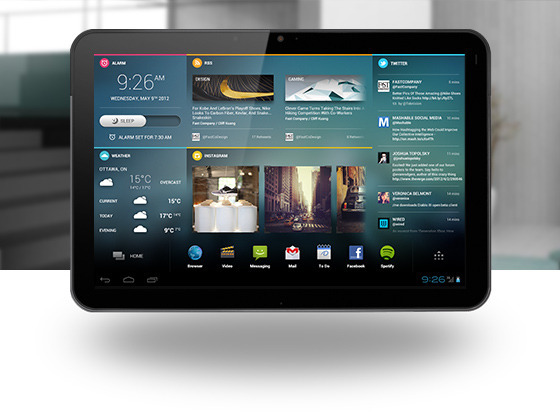 Personalization and customizability is something that a lot of people like when it comes to an operating system and while it’s relatively easy to do such a thing on a PC or a MAC desktop or laptop, doing so on a tablet proves to be a much more arduous journey.

Hence, why the Chameleon is such a cool product and has far exceeded its original funding goal.

From Teknision, a mobile app development house, the Chameleon is a neat overlay that will allow you to customize the home screen of your Android tablet device however you want. Taking it a step further, you can even customize multiple home screens and have them set to certain times of the day and where you are due to GPS and time tracking.

For example, in the morning, your tablet’s home screen can be setup to display things like the weather and a news feed, while in the office it will automatically switch to displaying your e-mail and your calendar on the home screen.

Chameleon’s campaign just ended today. Regardless of that though, this is a product that definitely looks like it’s worth just about any Android tablet owner’s time – Kickstarter campaign active or not.

Rise of the Tycoon from Montreal

Rise of the Tycoon is Alina Digital’s first game and this new game developer appears to be pulling no punches in its maiden flight.

The game is a pretty ambitious mixture between standard tycoon strategy games (like Railroad Tycoon) and modern-day MMORPGs (like World of Warcraft) all framed neatly by a “social” atmosphere.

Included in the upcoming title will be three classes to play as (politician, businessman and citizen), a means to trade and interact with other players playing the game and, perhaps most interestingly, a way to simulate real-life budgeting since you’ll be forced to deal with the ups and downs of the economy, taxes and even the expenditures that come from having a social life, including marriage.

Alina Digital’s first effort of a game, at first glance, does seem quite complicated, however, if you’re big into business, or finances in general, you might want to consider lending your support to this Kickstarter project.

Made up of a team of 20-somethings from all over the world, Studio Kontrabida has already tripled their funding goal for their upcoming Action-RPG, Rival Threads: Last Class Heroes.

The reason for the quick funding is fairly obvious after one look at the upcoming game as it features stunning-looking hand-drawn sprites and an interesting-sounding story to boot.

The game will be available for both iOS and Android devices with a PC and Mac release to follow shortly. Even though it’s already reached its funding goal, if you like what you see, you can still donate five dollars just to pick up a copy for yourself.