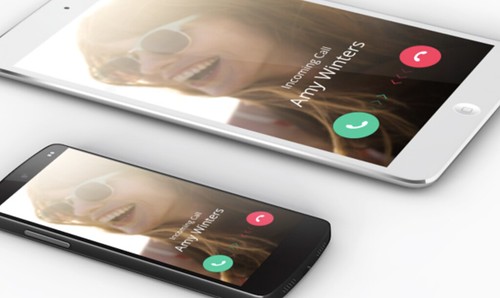 Unless you’re looking for it, the tech company formerly known as Enflick is easy to miss.

Recently rebranded as TextNow, the mobile startup is tucked inside the Cora Building in the David Johnston Research + Technology Park on the University of Waterloo’s north campus, a modern glass-and-steel structure it shares with Agfa HealthCare, Watsec Cyber Risk Management, Cisco and a few others. Low-key as the company has been since Derek Ting and Jon Lerner co-founded it as UW students in 2009, TextNow saw 50-fold revenue growth in its first five years, doubled its headcount to 75 in the past year and now counts 50 million users of its low-cost mobile phone service, a number that continues to surge with each passing month.

In other words, it’s one of the biggest Waterloo tech successes you’ve never heard of—for the moment anyway.

With a scant $1.5 million in outside investment – a 2011 seed round whose participants included Justin Bieber’s and Lady Gaga’s managers – TextNow has achieved the kind of growth usually reserved for startups with far more venture backing. All of it has happened under the quiet guidance of Ting, an unassuming computer engineer who built his first company at age 15, and is admired by other founders for his shrewd adherence to Lean startup principles.

Eager to know more, I trekked up to the R+T Park earlier this week to meet Ting in TextNow’s bright, recently expanded offices. Our conversation ranged widely, from the frustration of a Canadian startup being shut out of the domestic market by regulations that protect incumbents, to the importance of customer focus, to the folly of funding rounds being seen as a sole indicator of success.