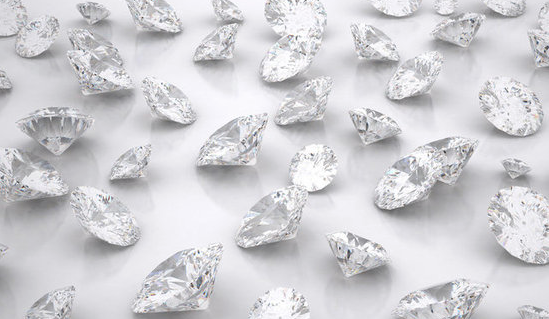 This is one of the more difficult pieces I’ve written because it’s about something so uncertain that there may not be a good way to write about it.

Risk has become a term that has lost so much meaning yet is present in everything we do in our lives and amplified if we tie our professional and personal fortunes to the startup world.

In thinking about risk as both a notion and a thing, I looked through a range of pieces and found a scholarly article (or so says Google) called “Theories of Risk Perception: Who Fears What and Why,” written by Wildavsky and Dake. The paper is based on risk perception data archives from 1981 and 1982 with the piece itself written in 1990. I very much like that, because while technological risk is one of the things addressed in the piece, it was written before technology, the internet, and personal computing became ubiquitous.

A compelling piece of the analysis looked at the measuring of technological risk against social benefit and examined how much our society is willing to sacrifice for what we believe to be safety. Very timely stuff for 2014. I think there’s a personal analog there if we examine the opportunity costs of inaction. When we act and take a risk we do so at our own peril, but with the potential for significant gain. It’s something that has worked its way into the North American public consciousness, in part through the emergence of startup culture. We also worry that others are less averse to risk than we are and therefore their risk-based gains will be our aversion-centered losses.

The reality of risk is infinitely more complex. There is a theory that the rich are more willing to take risks stemming from technology because they “benefit more and are shielded from the adverse consequences.” But an excessively economic view of risk is limiting because it negates culture. More than two days rarely go by when I’m not reminded what I’ve learned over the years in my travels—people from cultures around the world are often much more willing than we are to embrace the notion that only from great risk can come great benefit.

When I first started traveling to China over a decade ago, I was warned that people I would meet would be risk-averse. This was part of the preface about the Chinese way of doing business and a prelude all the natural disadvantages someone like me from North America would have. Yet I always felt very comfortable there, particularly in Beijing, in part because I met more people whose personal relationship with risk was similar to my own, whatever that sliding paradigm is at any moment.

In an interesting 2003 piece entitled “Creating a Culture of Ideas,” Nicholas Negroponte, then the cofounder of the MIT Media Lab, argues that innovation “flies in the face of what almost all parents want for their children, most CEOs want for their companies, and heads of state want for their countries.”

In a very Negroponte coup-de-grace, he adds, “and innovative people are a pain in the ass.” He’s right, of course. On all counts.

He argues that to cultivate new ideas (which are the “antidote to boredom and monotony”) we need to not only cultivate but to actively encourage risk. In traditional business incarnations, this doesn’t fit, so we cheat by pretending to be risk-takers while actively minimizing it. This reminds me of the Modern Family episode where a teenage Manny feels like a risk-taker on his first bicycle until Jay tells him that the training wheels need to go.

I wonder if risk can or should come with a set of training wheels, maybe ones that actually disintegrate after a certain number of kilometers on the road. Or maybe in what we do, an illusion that we have training wheels will do the trick. That’s literally how I learned how to ride my bike as a kid: my dad was supposedly holding on, but he actually wasn’t. Who knows if I would have even begun to pedal had I not thought he was there?

I’ve experienced the same thing professionally, as we all have, with different sets of stakes and amounts of “skin in the game” creating a unique balance of how much safety we’re willing to sacrifice, how much of a conception of gain we can imagine ourselves being able to process. We struggle with the shape of risk.

The thing with risk is that it’s actually diamond-shaped. There are no edges that aren’t sharp and while we can cradle it at unnatural angles, for it to perfectly envelop the light, we need to hold it by the points.