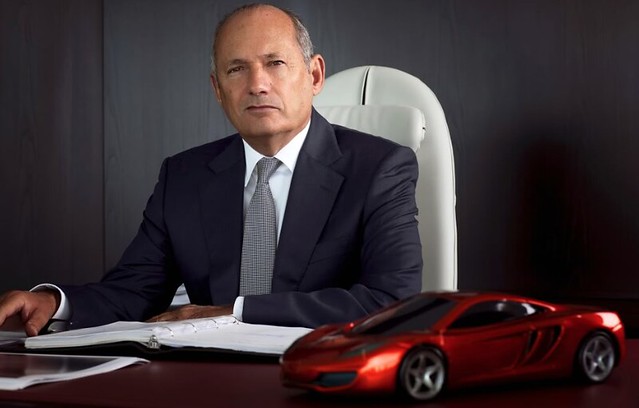 People often try to peg venture capitalists with a singular definition based on one experience, something they heard, or just general perception. And entrepreneurs that pursue venture capital often don’t care which firm offers capital, as long as it gets offered.

More selective entrepreneurs are more selective and seek those firms with great references from existing investees. The most selective entrepreneur will target specific general partners within the right firm. Venture capitalists are, by and large, a great bunch—but you really should know with whom you’re dealing. There appears to be five basic personality types and it is in your best interest to peg them right if you’re going to enter that funding partnership.

This fun, brash, egocentric makes friends quickly, but will have trouble sitting through a meeting longer than 20 minutes. The Gambler gets excited quite fast about new deals and the only deal more exciting is the next one.

The Gambler loves your passion and energy. He is emotional and impulsive. As a result, the Gambler places a very large number of small bets and only invests again when traction is at a breakneck pace. The Gambler is usually a one-and-done entrepreneur who made money in a one-time buyout deal at a significantly inflated valuation.

Value-add, networks and guidance are all part of the spiel, but these assets are never seen because they usually don’t exist in lottery winners. Taking investment capital from the spray and pray player is cash only and should not be your first choice. The only time to take this capital is as a top-up to a nearly filled round as the Gambler will not usually attempt to dictate terms.

Upside: The Gambler is a fun hang.

Getting promoted from within is acceptable reward in most organizations. The issue with this tactic at a venture capital firm is the possibility of promoting someone who sees you as an algorithm in a spreadsheet.

The Analyst sees the J-Curve as operator weakness, focuses on details for elements that don’t yet exist, acknowledges your passion but sees it as a potential hindrance for logic. The Analyst has one advantage over other VCs in that because he/she has simply seen a substantially greater number of deal packages than the others.

This quick study finds rough spots in the plan more quickly, but secretly would prefer to be in private equity. The Analyst has a limited network and due to the lack of operating history; there is little ability to add value in that regard. The Analyst has seen literally thousands of deals, most of which don’t ever work out and usually thinks you’re kind of dumb to even try. The jaded attitude won’t allow for excitement to percolate into a smile until you bring about an exit.

Upside: The Analyst can help package you for larger rounds and exit.

Downside: Their assumption is that you’ll fail.

How to Spot: Winces before opening your financial model, thinks celery is a snack.

While west coast VCs represent all personality profiles, the Cheerleader is only found where the weather suits their sunny disposition. Cheerleaders are always supportive, always enthusiastic and unfortunately won’t tell you what you might need to hear from time to time.

The Cheerleader is a big blogger, tweets incessantly and is a tireless volunteer in the startup ecosystem. The Cheerleader usually only gets to participate in one fund as the tough work is left to other partners.

Upside: Always there for a kind word and encouragement.

How to Spot: Sees the company picnic as an awesome bonding opportunity.

You can feel the Bull coming prior to arrival, starts asking questions before sitting down and asks another before you’ve finished answering the last. The Bull has been in several deals and was usually the VP of Sales or a selling CEO in each one. Has had enough corporate experience to have lost his soul.

The Bull sees the size of his fund as his value-add, thinly veils his belief that he should be running your company and likes a maintenance cocktail mid-afternoon. The Buil wants everything faster, better, stronger and will make you outperform yourself in the short-term. Should things get tough for a spell (and they always get tough), the Bull’s only motivational tool in the box is a stick, which makes for a difficult long-term relationship.

Upside: The Bull will handle your M&A process and will often get higher values for the company on exit.

Downside: You won’t care if you never see him again.

How to Spot: Dark circles under the eyes, that finger jabbing into your chest.

This is that entrepreneur who started out as a kid selling cigarettes to the other kids at school, graduated to flipping cars, and organized the only rock concert your town ever had. The Operator is even-tempered, cuts losses early and bring a lot of operational value-add.

After numerous build and exits, the Operator finds comfort in a specific sector and will be agitated outside of that sector. The Operator is able to provide strong day to day support in every area of the company. Because the Operator has been through it so many times, there is a healthy amount of paranoia underlying the helpful tips and decision making.

Downside: Sectoral specificity can blind them to other influences and market forces.

How to Spot: Isn’t that the same jacket he wore at the last meeting? Wait, at every meeting?

Venture Capitalists are very interesting people who really want you to do well. Just know that the general partner who did your deal is your connection who should be bringing you value to you and your company. Firm brand has its merits of course, but getting the right general partner can be much more important. Understand who they are, how they can help you and ask yourself if you can see yourself working with this person for the next few years.