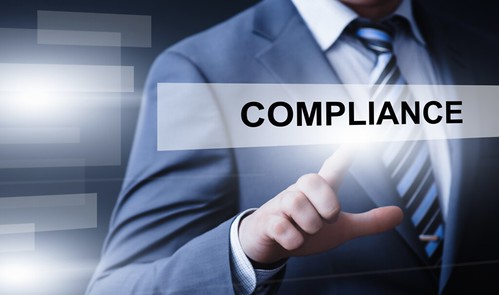 Bar none, the biggest change we are seeing in the world right now is the accelerating degree of connectivity we all have as consumers. In fact, research shows that this connectivity has grown past a trend and is now our new normal.

The growth curve of internet adoption is staggering. The analyst, Mary Meeker, compiled some fascinating metrics in her 2015 internet trends report. In the study we see that from a user base standpoint, the internet has growth from a mere 35 Million users in 1995 to a staggering 2.8 Billion users in less than 20 years.

The nature by which those billions of users are accessing the internet has also changed.

Mobile phone adoption and smart phone adoption in particular have not only continued to fuel internet usage but also drastically changed how easily consumers can get online. For developing nations, mobile phones provide a path to get online without the infrastructure roadblocks of the past, and for developed nations mobile internet access has transformed internet usage from an infrequent hobby to a constant necessity.

The result of this always on, always connected environment is a significant change in consumers’ expectations of communication. Consumers expect a velocity and volume of communication that we as a species have never experienced before. We can, and expect, to reach friends, family and acquaintances anywhere in the world, at any time, instantly. Our expectations of business relationships with are the same. Consumers in today’s always connected world have an expectation of availability and transparency of information (and data) from the brands and establishments we frequent and do business with. With this there are no exceptions.

This desire for transparency is being mirrored in the regulatory environment that organizations operate under as well. (One could even build an argument that this increased regulatory scrutiny is in fact being driven by consumers as well)
Governments and regulatory bodies have drastically increased their expectations of data access and availability over time which has now manifested in increased regulations.

Research from Enhesa shows a regulatory growth rate that is almost as staggering as the internet growth rates we just reviewed.

According to their research, from 2007 – 2014 regulatory increases by region are as follows:

One particular area of regulatory growth is in the Food and Beverage sector. Arguably no product category has a more direct impact on consumers than the food and beverage sector. Food is literally that which fuels us from day to day. It’s no wonder that in an environment of increasing regulations and increasingly empowered consumers, that food, food quality and food safety are under increased scrutiny. Product recalls and food safety incidents can no longer be brushed aside or buried in specialized media. All news, but bad news in particular is not just headline news today. In a worst case these incidents are viral, voracious and more shareable than ever before. When fueled by the internet, the negative branding impact of a sick customer can be staggering.

In part because of this, governments have been quick to respond by beefing up existing and introducing new regulations for the food and beverage sector. Examples of this are FSMA (the Food Safety Modernization Act) in the US and GFSI (the Global Food Safety initiative).

Designed to ensure the safety of the food supply for consumers, these new regulations have put increased pressure on brands and producers to be able to not only provide safe products, but be able to validate, quantify and track that safety with their data.

The big question at hand for food and beverage brands, producers, processors, distributors and others in the supply chain today is how to be able to service this increasing demand for data.
The great news is this demand has fueled an equally tremendous pace of innovation in the space.

Data has never been easier to capture, manage or make decisions with than ever before. RFID, Barcodes and smart phones are allowing organizations to capture a breadth of data regarding their operations easier and faster than ever before. What organizations can now do with that data has also evolved drastically. Software providers are now producing new database technologies, integrations and analysis tools that present food producers with tools and techniques to go beyond simply tracking past scores, to being able to make proactive and predictive decisions based on the many streams of business data through centralized platforms.

Looking into the future the technology innovations on the horizon can also drive more of the same. Take the next trillion dollar technology market –  the Internet of Things – as an example.

IoT and IoT proponents believe that adding internet connectivity to formerly “dumb” devices and tools will be the key to unlocking the next stage in business efficiency. In the context of compliance and food quality and safety I think there is a tangible connection. More data from an increasingly varied set of sources does in fact present a very enticing future that many organization are now positioning themselves towards.

So what’s the first step?

The first step that most organizations can take today (if they haven’t already) is to make sense of their current state of data. The market has already begun to establish leaders in data management platform space. From a research perspective that eases much of the burden. Analyst firms like Gartner and Verdantix are now beginning to identify market leaders in innovation and capabilities in their various analysis methodologies providing prospective buyers of solutions such as EH&S pre built short lists.

For organizations that haven’t yet begun to aggregate these streams of information to be able to unlock strategic data driven decisions, this is where foundational investments should be made. These investments include not only investments in technology and tools, but investments in supporting processes and people as well.

Likewise for organizations who may still be relying on potentially data ERP platforms and technologies, now is the perfect time to revisit data strategy. We’re in the midst of tremendous innovation in the cloud and SaaS space for potentially more agile and easier to manage solutions than what they are used to.

Whatever happens, none of this is going away. Regulatory scrutiny and increasingly demanding consumers are here to stay. Access, transparency and demand for data will not slow down, and may most likely continue to accelerate. For businesses around the world this presents as much of an opportunity as it does a challenge.