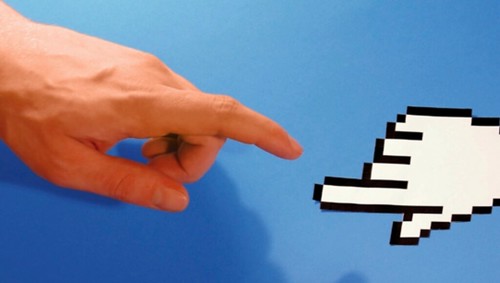 From the way most tech experts talk, it appears the next bring trend in technological gadgetry will come in the form of the Internet of Things (IoT). Right now, estimates put the number of items that are part of the IoT just shy of 5 billion, but by 2020, that number could reach as high as 25 billion.

The Internet of Things is set to explode, and one of the main ways that will happen will be by offering products and services that deliver a personal touch. Consumers are always on the lookout for stuff that meets their personal needs, and the IoT could satisfy that demand in ways that were only part of one’s imagination a few years ago. This more personal approach could make the Internet of Things a phenomenon unlike any we’ve ever seen.

Developing IoT devices that interact with users in more personal ways is a goal many tech companies have. Such technology isn’t easy to create, but the potential it has to transform how we live our lives is deep.

At Intel’s developer conference in San Francisco, the company showed off a number of IoT gadgets that show what a personal approach to the IoT could actually accomplish. Some of the devices displayed at the conference include the Memomi Mirror, which can help people customize their outfits by changing the color or style right before their eyes, or vending machines which can accurately predict which snacks the user prefers. All of these items utilize RealSense cameras, essentially turning normal objects into internet connected devices capable of responding to the personal demands of the person who uses it.

The devices shown by Intel are just the tip of the proverbial iceberg in what IoT devices can do. The basic idea behind the Internet of Things is to turn every object, no matter what type, into an interactive, digital touchpoint.

Even items that are disposable, say a milk carton or a laundry detergent bottle, can be connected to the IoT to help make everyone’s life easier. Every object we use becomes a personal device, capable of collecting data on the user and responding to needs while also delivering valuable information on itself. Smart clothing would be able to keep track of where users travel, what activities they engage in, and when the clothing would need to be repaired. Smart appliances can send out alerts when they need to be refilled. Internet connected cars could record driving habits and deliver music preferences right to the driver’s stereo. All of these personal touches are possible with the IoT, and that doesn’t even begin to detail the improvements the Internet of Things could make to healthcare, a very personal subject.

Marketers are looking to use that personal side of the IoT to better their advertising efforts as well. The IoT helps marketers to expand their methods of reaching out to customers, incentivizing them to come up with ways to appeal to each individual consumer’s tastes and preferences.

The data gathered from IoT devices helps in this endeavor, but that’s only part of the equation. The real appeal of using the strengths of the IoT for marketing applies to better communication between marketers and their targeted customers. With better communication with more personal offers, customers will feel valued as they respond to a company’s pitches.

As the Internet of Things gets more personal, however, developers will also have to solve problems that relate to privacy and security. Data breaches have unfortunately become an all too common occurrence, with sensitive information potentially exposed every time one happens. With items collecting personal information on a recurring basis, even more sensitive data could be revealed. That’s why tech companies and developers will need to work out new solutions that address the issue, ensuring data remains safe. If customers feel that organizations are unable to handle such sensitive data, the personal IoT will be something they want to avoid.

More technological developments need to take place for the Internet of Things to expand to monumental proportions. Cloud computing has to advance, and many companies will need to adopt hyper converged infrastructure to handle the increased workloads. But once those advances have been made, the IoT is set to become a revolutionary force in the world that may transform everything about everyday life.

It truly is an exciting time to be alive.