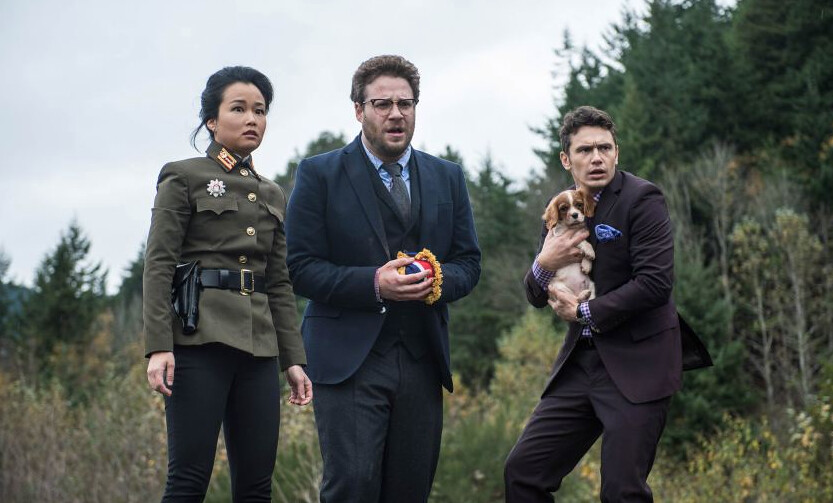 The Sony hack has wreaked some serious havoc on Hollywood.

There have been several grave hacks against huge corporations in the last few years, with Target, Home Depot and Apple’s iCloud coming immediately to mind. But can you recall any other cyber attack in history that has pumped this much fuel into the media engine?

Nobody has been able to put a price tag on how much the hack is going to cost Sony, but it wouldn’t be surprising if the figure is in the hundreds of millions.

The Interview is still on the receiving end of some massive publicity. Had the Sony hack not happened, where on the awareness meter would The Interview fall? On a scale of never-heard-of-it to I’m-sick-of-hearing-about-it the needle would likely have landed somewhere in the middle. Now, it’s clearly hovering around 11 (I know, mixed metaphor — but it works so I’m going with it). As soon as Sony reversed their decision to release the film in independent theatres and then onto the VOD platform (video on demand), the Seth Rogen/James Franco comedy got even more free media attention. Although Canadians were shut out of watching the film on the initial December 24th VOD release, Sony ensured that we were invited to the party by boxing day. Then on the 28, The Interview made its appearance on iTunes – a late addition to the VOD release to be sure, but now the options to view the movie are numerous.

By Sunday morning, the film had already brought in $15 million in revenues from online rentals and purchases.

What started out as an investigation as to why the film was still not available to the majority of moviegoers has brought us back to where we started when the Sony hack first came to light: What’s All The Fuss About, Anyway?

When Sony first pulled the plug on the film, only a handful of critics had seen the movie and reviews were mixed. Some found it unfunny and downright dumb, where others lauded the never-ending silly jokes and tone pervasive throughout the screenplay. Now that we are able to view the film, Canadians can finally decide for ourselves whether the movie is a case of either Much Ado About Nothing, a Comedy of Errors, or All’s Well That Ends Well. Perhaps you’ve seen the film, and if so you can probably make a case for any – or all – of the three.

I’ll circle back to the (de)merits of The Interview in a moment, but the mystery surrounding the identity of the hack’s perpetrators is still ongoing. In a CNN story, Sam Glines, CEO for cybersecurity company Norse, weighed in on the culpability of North Korea in the attack: “It’s clear to us, based on both forensic and other evidence we’ve collected, that unequivocally they are not responsible for orchestrating or initiating the attack on Sony,” Glines says. The code used on the Sony hack is similar to code used by North Korea in other attacks; however, that code was leaked a long time ago. Therefore, security experts seem to agree that any number of hackers anywhere in the world could have used it.

Meanwhile, the FBI is maintaining their position that the North Koreans are behind the hack. So why the clear difference of opinion as to who committed the cyber crime? If North Korea wasn’t responsible for hacking Sony – and security researchers seem confident this is so – what’s motivating the FBI to point the finger at Kim Jong-Un and the country he rules?

This whodunnit will play out well into the new year. It’s a story that keeps on giving. It’s a Christmas present to the media that lasts longer than the best toy a child could ever receive. All this… for one silly movie.

Yes, the movie is silly. It’s juvenile. Its screenplay was probably conceived with enough of a contribution from Mary Jane that she should have received a WGA credit. But ya know what? It’s funny. Not always, but it will make you laugh. The Interview totally overstays its welcome (at 110 minutes it’s about 20 minutes too long) but it’s much better than many other “comedies” that Hollywood tries to unleash on us over the holidays.

Approach it with an open mind and you’ll probably find enough to like to get some enjoyment out of it. I’m sure that’s all Sony – and everyone else involved in making this picture – ever wanted from moviegoers. Yet the film finds itself at the centre of this year’s hottest cybersecurity warfare story, and expectations are set way too high. For all The Interview’s positives (of which there are many), it’s sad that the only thing anyone will ever remember about the film is the hack that brought it all the media attention.

Thankfully for Sony, revenues from independent theatre chains and VOD will help recoup some of the gargantuan losses they continue to suffer from the attack. Although no one can agree on whether the movie is good or not or whether North Korea or some random hacker is behind the attack, can we at least agree on this: We’re taking The Interview way too seriously, and not taking the attack and the security implications surrounding it seriously enough.

Let’s start from there.