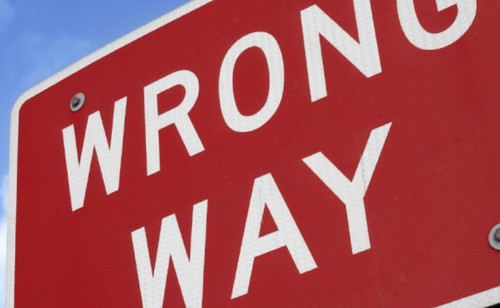 Founder’s Syndrome, a term for when the founder of the company maintains too much control of their company even after handing the reins over to someone else, can cripple the effort’s of the new person in charge. (Also known as “founderitis.”)

Tinder, Zynga, and Twitter are all high-profile examples of founders returning to the top slot after giving someone else a chance. In Canada, the University of British Columbia and Telus offer similar examples.

What’s a company to do about it? Don’t hold on to the founder—let them go.

“If [the founders] don’t have a strong business acumen and operational skills, they hit a cap on how far they can take their business,” explains Vince Molinaro, Managing Director for Leadership Solutions at Knightsbridge Human Capital Solutions and author of The Leadership Contract, in Canadian Business. “Carve your own path,” he says of the new leader.

According to Wikipedia, an organization typically expresses many of the following symptoms: the organization is strongly identified with the person or personality of the founder; the founder makes all decisions, big and small, without a formal process or input from others; there is no succession plan; staff may be chosen due to their personal loyalty to the founder rather than skills, organizational fit, or experience; the working environment will be increasingly difficult with decreasing public trust.

A founder lingering even after giving up top spot complicates things when the company falters, because it can be difficult to pinpoint blame. Was it the new leader, or the continued “meddling of your predecessor?” asks Molinaro in CB.

Sometimes, though, these quick returns to the founders are simply because the new person was not a fit for the company. The founder may still not be—rarely they are if they were removed in the first place—but they’re often the best interim leader while the search for yet another one continues.