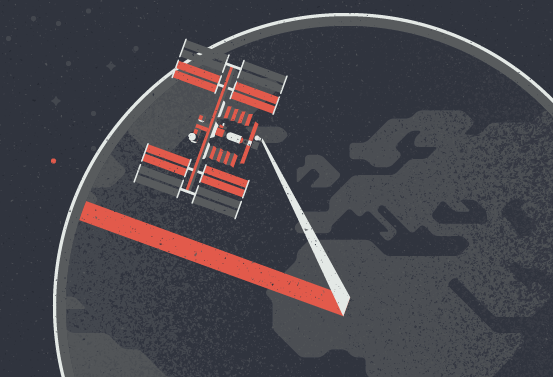 UrtheCast will soon be distributing breathtaking livestream video of Earth from space.

The Vancouver company has been nominated for the Emerging Company of the Year award at the BCTIA Technology Impact Awards.  UrtheCast is developing the world’s first Ultra HD video feed of Earth, streamed from space in full colour.

UrtheCast (pronounced “Earth-cast”) is a fascinating company in the Earth-observation market.  The company currently has two cameras onboard the International Space Station, an Ultra HD video camera and a medium-resolution still imager, and they have recently announced that they are teaming up withNASA to distribute real-time footage from the cameras.

“This summer we’ll begin feeding live video data from the HDEV cameras to UrtheCast’s web platform, our interactive hub of Earth video and imagery,” said UrtheCast’s CEO and co-founder, Scott Larson. “NASA’s online HDEV channel has already garnered over 46 million views in under a year, so this is no doubt an exciting opportunity for everyone involved. With this resource, we’ll tap into a view of the world that is not only breathtaking, but incredibly inspiring.”

The platform will enable the democratization of Earth observation data, as anyone with an internet connection will be able to stream the live footage.

The company had a serendipitous genesis. The Russian Federal Space Agency approached the company for which Larson’s brother and President and CTO of UrtheCast, Wade Larson, worked inquiring about partnering to place cameras on the ISS.  That company decided not to pursue the project.

The brothers determined the idea was worth exploring, obtained seed money, and started the company out of Larson’s basement.

Now, four years later, they have emerged from the basement in which they began to serve groups that include the United Nations and climate change scientists, and to team up with commercial partners.

After raising $10 million in 2013 and earning recognition at last year’s BC Technology Impact Awards for Most Promising Pre-Commercial Technology, UrtheCast signed its first brand partnership earlier this year. The company will provide Pepsi with full-color, Ultra High-Definition video footage of Earth for the brand’s Pepsi Challenge.

Earth observation services, while not currently an enormous market, deliver unique commercial value.  The service provides unprecedented business intelligence that includes the monitoring of assets and rapid response to problems as they occur.

The service can also have a profound positive impact on disaster relief, humanitarian efforts, education, scientific research, and environmental monitoring.  Indeed, this is part of UrtheCast’s mission, to foster education and relief efforts worldwide. “Enabling world change is especially important to us; in fact, it’s the core of the UrtheCast vision,” said Larson.

UrtheCast has two additional sensors slated for launch to the ISS in 2017.

You can purchase tickets here to see UrtheCast at the 2015 Technology Impact Awards.