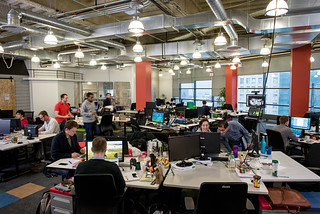 UBI Global has released its rankings of the world’s best university-based business incubators.

This year the final participants were selected by assessing 1,200 incubators after which over 340 from 64 countries were retained for the benchmark—and three from Canada cracked the top 20.

Ranking third in the world and first in North America is The DMZ at Ryerson University.

“The DMZ helps startups with great solutions succeed by giving them access to our widespread support,” said Abdullah Snobar, Executive Director at the DMZ. “This ranking recognizes our dedication and efforts to foster the development of new entrepreneurial talent and their ideas into sustainable businesses that make an impact in the global ecosystem.”

The benchmark looked at more than 50 performance indicators, and the DMZ scored highly in areas that included talent retention, economy enhancement and post-incubation relationships. Five years after launching, more than 200 startups have incubated at the DMZ. They have collectively raised over $120 million in seed funding and have fostered the creation of 2,000 jobs.

“The DMZ performs exceptionally well on a global scale, showing the effect university-based incubators can have on both local and international startup ecosystems,” said Ali Amin, CEO of UBI Global. “It supports small businesses by providing tools and resources that generate unparalleled economic impact, playing a vital role in the development of Canadian startups.”