One of the leading employment resource networks has released an updated version of what to expect when working in the North American tech scene.

Hired has unveiled their 2018 State of Salaries Report that looks into where tech workers get paid the most and what kinds of skills will lead them to the most valuable roles. The report looks at workers in all of the major tech hubs across both the U.S. and Canada and lets people know how their salary stacks up against coworkers, what would happen if they relocated, and other factors involving how much they take home at the end of the day.

Salaries are based on more than 420,000 actual salary offers through the Hired platform over 2017.

Despite the constant press on how Toronto is becoming a more expensive city, it still pales in comparison to some of the most-established U.S. tech hubs. When adjusted for cost of living, Toronto tech salaries would be equivalent to making $126,000 in San Francisco.

Of the 13 cities with the most data, Toronto ranks a paltry twelfth on the list, with the above-mentioned average salary of $73,000. This is close to half of the first-place $142,000 average salary offered to tech workers in San Francisco. Check out some of the other cities on the list below. 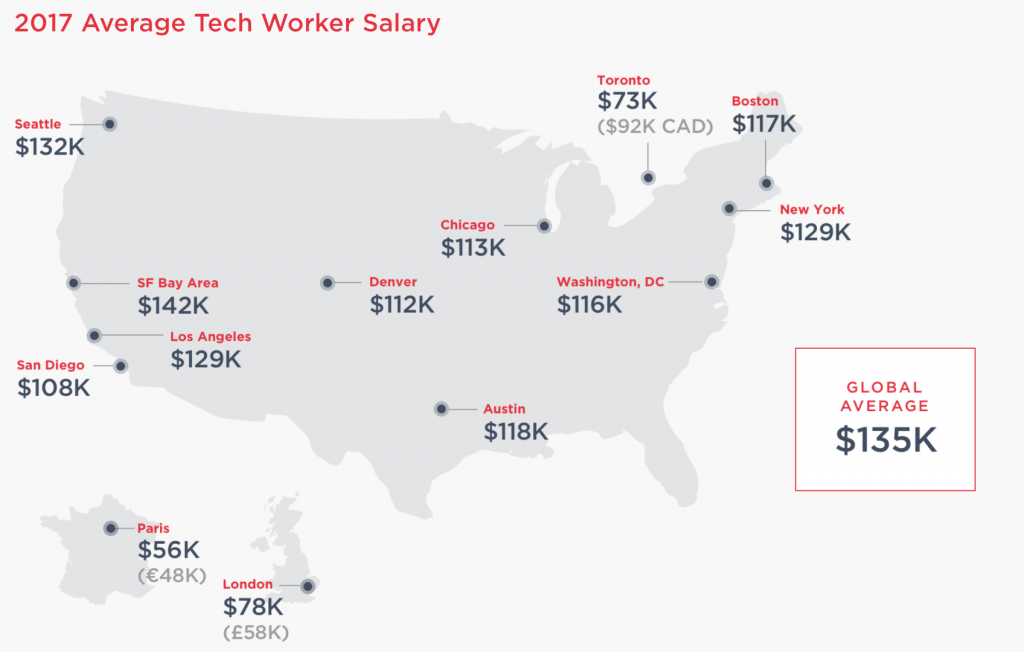 When it comes to the highest-paying industries, transportation brought the bread home. The average salary in the field was $145,000. Last on the Hired list was financial services, coming in at $111,000. Check the full list below. 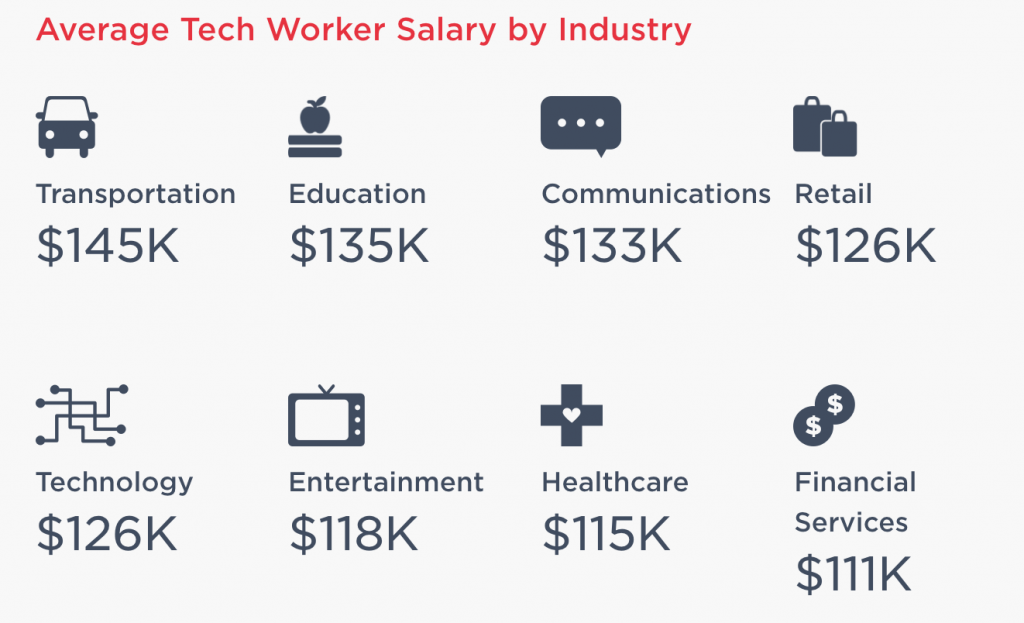 In terms of specific fields within those industries, product management tends to earn the most, coming in again at $145,000. Following that is data analytics and software engineering, both at $137,000.

The top three in-demand tech skills are JavaScript, Java and Python. The most requested positions by companies are full-stack engineers, backend engineers, and frontend engineers. So just get out there and learn full stack engineering with a specialty in JavaScript and start rolling in those job offers.

The Hired report also dives into how salary breaks down by race and age. This is done through voluntary demographic data. White candidates were found to both ask for the highest preferred salaries and receive them ($130,000 and $136,000 respectively), while black and hispanic candidates set their preferred salaries the lowest ($124,000) but black candidates ended up receiving the lowest salaries ($130,000).

When it comes to age, young candidates often ask for less than they’re offered, but that trend flips around once a candidate turns 35. After that, they often ask for more than they are ultimately offered.

One thing to keep in mind is that these are trends studied only on the Hired website. Toronto is the only Canadian city that is explored deeply, but it seems that salaries are trending in the right direction. There is still work to be done when it comes to the salary gap between races, and the hope is that reports like this will encourage companies to become more transparent and honest with their offers.