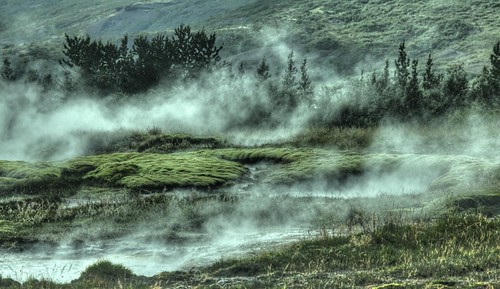 When Mikael Cho posted 10 pictures on Unsplash.com, he never expected the website would become a popular source of stock photos. In fact, he only launched it because he needed a photo for something else.

Cho is the founder of Crew, a Montreal-based platform for connecting designers and developers with clients.

As Cho was getting ready to launch Crew’s site, something was missing – a good photo.

“It was really hard to find high quality stuff on a lot of the stock photography sites, so we ended up taking a few with a local photographer here,” Cho says.

He got the photo he needed along with 10 more, so he decided to give away.

“We created a site we called Unsplash and we took the extra photos and we put them there and we threw a little tagline on them that said we’ll do 10 photos every 10 days, we had no idea how we were going to get the next 10,” he says. “We put a submit link just to see what would happen. In the first day there was 20,000 downloads of those 10 photos.”

Since then, over 8,000 photographers have submitted over 30,000 photos to the site. All of the photos have a Creative Commons Zero license, which means they can be freely used for anything. All told, photos from Unsplash have been downloaded 50 million times.

Now, Cho is bringing Unsplash in to the physical world – he’s launched a crowdfunding campaign to create a book featuring some of the best photos from the site.

He describes it as a way to give back to the community that’s formed around the site and has been so willing to share their photos. All the profits from the crowdfunding campaign will go to the photographers whose work is featured in the book.

“I think there’s an additional emotion that you get when you have a physical object,” Cho says.

The photos are being picked by members of Unsplash’s community through a survey. The book will also look at the way some of the photos have been used.

“Photography is the start of a lot of creative projects,” he says. “If you’re making something, typically, you need photography, especially if you’re building a site or a mobile app.”

He says he thinks Unsplash is so successful because it has eliminated the main issues plaguing stock photography – the need to create accounts, deal with different sizes, the cost and the overall lack of quality.

It’s focus on individual photos, rather than sets or photographers, has also provided a platform for amateurs who want to share a single photo with the world.

“We actually didn’t pay attention to it for a year, every 10 days I would go in and just see if we had any photos,” he says. “We kept watching it grow and we kept watching the messages that people were sending and we couldn’t ignore it anymore.”