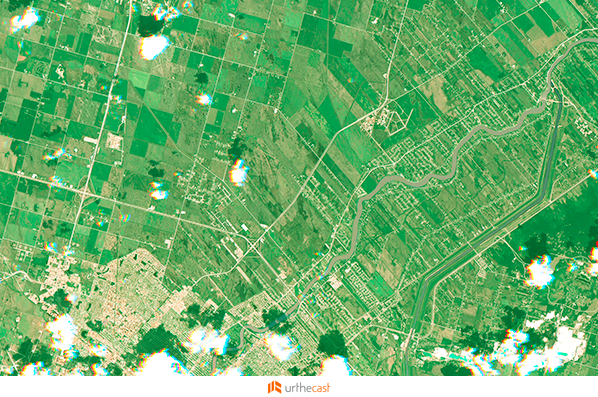 The above image of Winnipeg was captured on July 3, 2014 at 12:32:31 local time by UrtheCast’s multi-spectral camera (named Theia) aboard the International Space Station.

This is the first image of Canada to be released and UrtheCast has shared it exclusively with Techvibes.

UrtheCast has been slowly releasing images from across the earth with their First Light series. Check UrtheCast’s website later today to see more of Winnipeg from space.

The Canadian company this year earned recognition at the BC Technology Impact Awards as “Most Promising Pre-Commercial Technology and last year was named one of the country’s hottest innovative companies by the Canadian Innovation Exchange.