If you’re reading this, it’s not too late.

Vezt is trying to bring in a new future of music ownership with the announcement of their first ever Initial Song Offering (ISO), a play on initial public offerings and initial coin offerings.

Beginning on November 16, music fans outside of the U.S. can buy a portion of Drake’s song “Jodeci Freestyle” and share ownership and future royalties generated by the track.

This is how it works: Vezt purchased a portion of the rights to the song and will make an overall 10 per cent copyright stake available to public purchasers. The ISO will close after 100 purchases are made into Vezt’s cryptocurrency (VZT), which itself is based in Ethereum.

Essentially, the first 100 individuals to buy VZT during the open period must send a screenshot of their digital wallet to Vezt, who will then confirm and deliver a prorated portion of the song’s rights to the buyer, scaling depending on how much VZT was purchased. 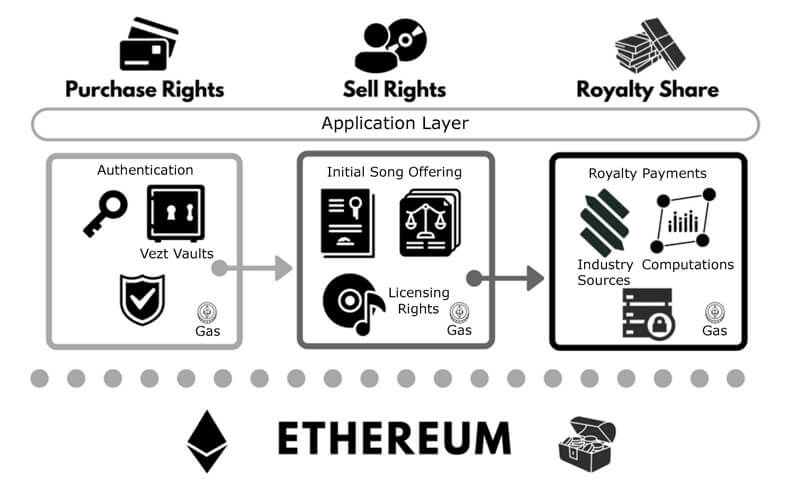 “Vezt lets music fans share ownership with artists in their favorite songs in a true democratization of music,” said Steve Stewart, CEO of Vezt. “We offer a true marketplace for songs and give artists the opportunity to make a living and continue doing what they love most.”

The idea of an ISO is to help Vezt attract more buyers to its own ICO. So far the company has sold 2.36 million tokens, with a goal of selling 25 million by December 1 of this year.

The rights to a song like “Jodeci Freestyle” is encoded on Vezt’s blockchain, allowing users to view the ledger at any time and aiding in overall transparency. Royalties are then collected by rights organizations across the world, like PRS in the U.K or SOCAN in Canada, and distributed to the correct VZT holders.

Artists and rights-holders themselves get to choose how much they’d like to raise from a part of their song as well as the reversion term and the ISO launch time. Advisors for Vezt include music producers and managers as well as financial and cryptocurrency moguls.

Currently, Vezt has portions of the rights to a few songs by big names, mostly in the rap, R&B and hip-hop genres. They own “Devil In a New Dress” by Kanye West, “Who Do We Think We Are” by John Legend, and “Scientology” by Rick Ross, in addition to the Drake track just made available. The plans are for these songs to follow the ISO pattern in the coming months.

The company’s whitepaper is available online for anyone to download and read.