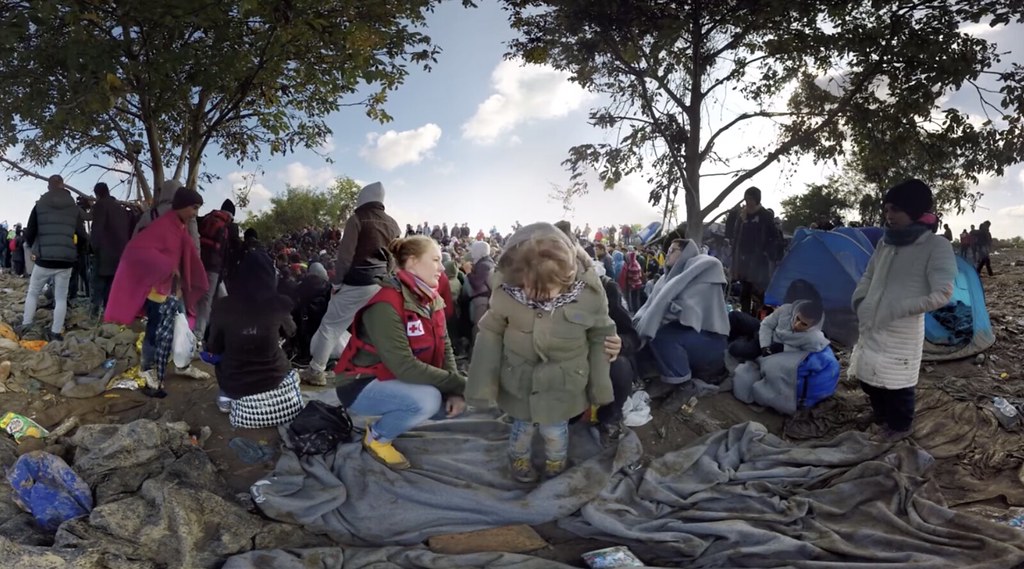 The Canadian Red Cross is using virtual reality technology to bring viewers to the heart of the conflicts the organizations are part of.

In light of the five-year mark of the war in Syria recently, the Canadian Red Cross team along with Swedish Red Cross personnel released a VR piece documenting those fleeing near the borders.

The responsive film, entitled Journey of Survival, shows a number of refugees at the borders towns of Preservo in Serbia and Macedonia, and Sid, in Serbia and Croatia.

“We wanted to show the places that are difficult for the refugees. As you see constantly on the news, a lot of the difficult situations are at the border points,” says Ronan Ryan, chief development officer at the Canadian Red Cross.

The film, which can be viewed on desktop, tablet or mobile device, was adapted by the Canadian Red Cross by adding English voiceovers and the footage was captured by the Swedish Red Cross.

The entire project took approximately six weeks to complete, using a Freedom 360 – which has six GoPro cameras to capture 360 degree footage. This is the first VR project for the Canadian Red Cross.

“When it comes to something like Syria, we can’t get our donors to see what’s going on in the same way. With virtual reality we can, or at least get a heck of a lot closer to it,” says Ryan

The film was also uploaded to YouTube with the purpose of being accessible without third party apps.

The footage shows the refugee camps packed with families and individuals, with narratives from individuals describing the life of feeling.

In Serbia, the Red Cross makes over 7,000 loaves of bread each day. Along with food, blankets and medical care, the Red Cross has been on the ground for years in Syria and bordering countries.

Today there are more than 60 million refugees in the world, and over 4 million of them being Syrian refugees. The Red Cross aims to continue to use VR projects in order to encourage donations, as well as connect viewers with the actualities of conflict and disaster.

“VR really brings it to life, and makes it much more visceral and real. People can connect better and give more, and that’s what helps more and more people,” says Ryan.