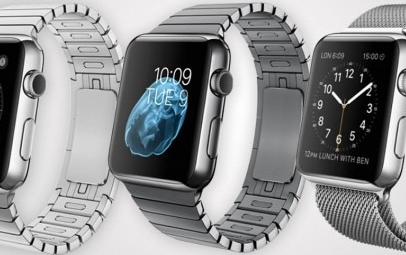 Apple this week announced the availability of WatchKit, software that gives developers a set of tools to create experiences designed for Apple Watch, which is slated to hit the market this spring.

“Apple Watch is our most personal device ever, and WatchKit provides the incredible iOS developer community with the tools they need to create exciting new experiences right on your wrist,” said Philip Schiller, Apple’s senior vice president of Worldwide Marketing.

“With the iOS 8.2 beta SDK, developers can now start using WatchKit to create breakthrough new apps, Glances and actionable notifications designed for the innovative Apple Watch interface and work with new technologies such as Force Touch, Digital Crown and Taptic Engine,” he added.

Developers can create notifications that allow users to take action or respond from their wrist, such as turning the lights off after they’ve left the house, accessing flight details at the airport, and rerouting their transit when a train or bus is late, according to Apple. Developers can incorporate Glances, which show users information they care about most, such as news and sports scores, alarm system statuses, or the next step of a recipe.

The release of the SDK also revealed the pixel density of the wearable tech. The smaller watchface will be 544 by 680 pixels while the larger watchface will be 624 by 780 pixels. They are both classified by Apple as “Retina” displays, meaning the human eye cannot perceive any of the screen’s pixels from a reasonable viewing distance.