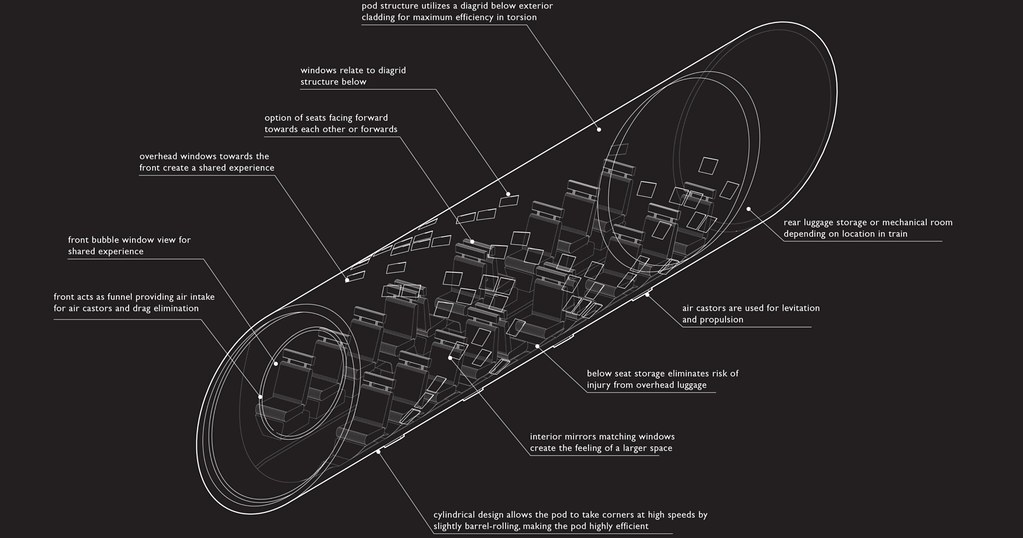 The University of Waterloo’s Hyperloop student team, “Waterloop,” is proceeding with plans to construct their prototype Hyperloop pod to compete in SpaceX’s international competition after a successful result at the second round of eliminations, hosted at Texas A&M University.

The final round will involve testing Waterloop’s built prototype this summer on the mile-long test track built at SpaceX headquarters in California, pitting it against 31 of the 1,200 teams who originally entered the competition.

SpaceX’s competition challenges teams to independently design and build a prototype Hyperloop pod. The Hyperloop is a conceptual next-generation high-speed transit system that will take commuters between cities at speeds in excess of 1,000 km/h.

Waterloop’s prototype design uses a minimalist strategy while retaining strict safety considerations. The exterior design of the pod highlights two primary design features: a geodetic structural frame and the rounded bottom, which allows the pod to roll into turns and therefore take them at higher speeds with improved comfort, reduced energy, and shorter transit times. The interior departs from conventional transport interiors such as airplanes by creating a shared experience with windows or screens arranged to give viewers glimpses of panoramic views, rather than a singular personal perspective.